One of the scenarios in "Peace Beyond the Line" is attack on a heavily defended shoreline. The attacker has to disable up to 3 gun emplacements along the coast. They could land and assault or sit off the coast bombarding with their ships, or both. In order to make this work though some gun emplacements are needed. Firelock make their own gun emplacements, but of course I would make my own.

The techniques are as usual, MDF base, sculptamold, earth/tile grout mixture and coffee stirrers. With the addition of some 3D printed gabions. 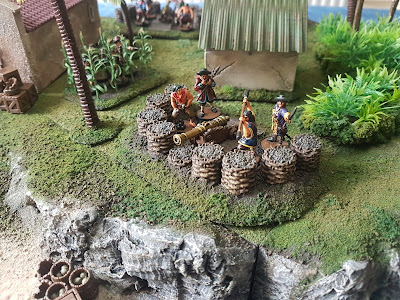 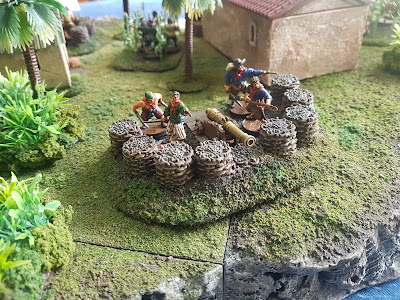 I also finally managed to get hold of some of the JTT Corn Stalks. These are hard to get in the UK and I had to order them from the US Amazon site. Not cheap, but they look great! 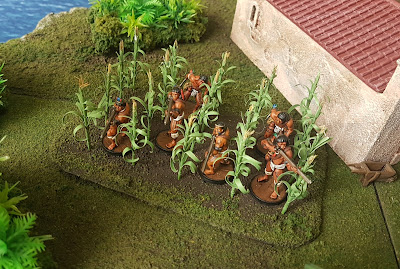 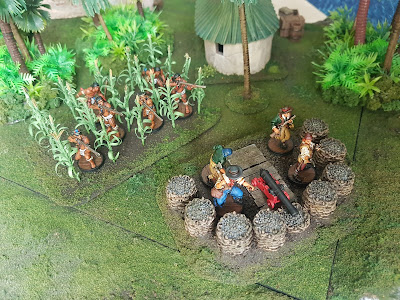 No game today, these were all set up just for the photos and I thought I'd try out the terraformers up in the form of a rather well defended small island. 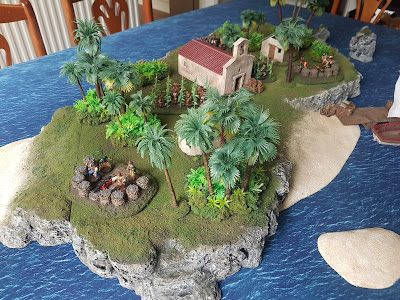 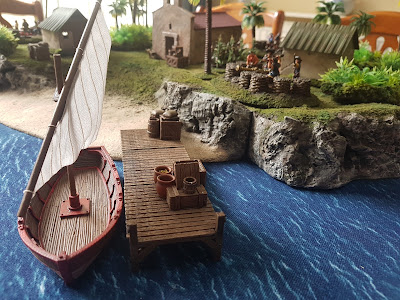