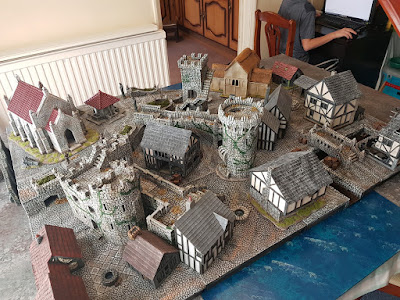 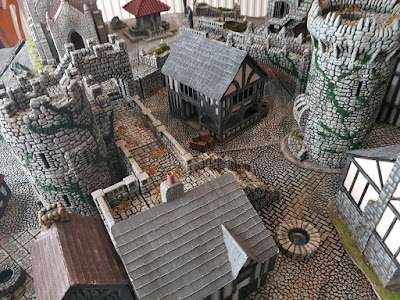 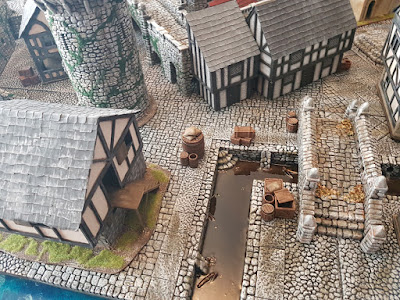 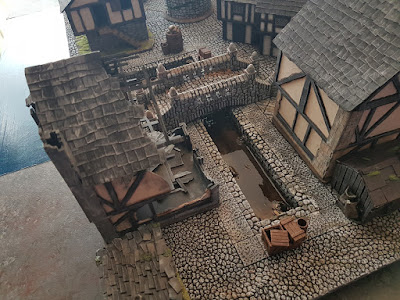 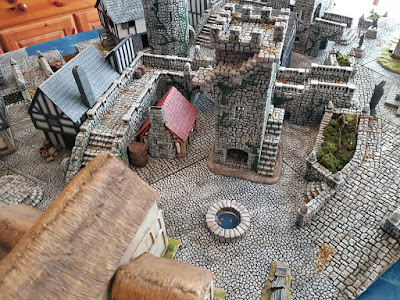 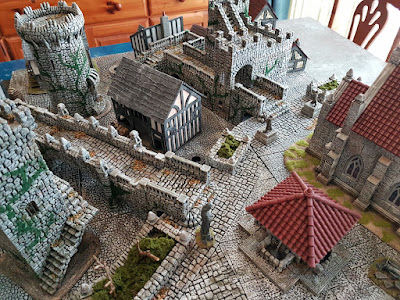 Scatter for Frostgrave and the completed Gothic Church

With the Derby World Wargames show coming up soon I've been busy creating more terrain for the Frostgrave games we'll be running there.

First up some miscellaneous scatter made with Hirst Arts. 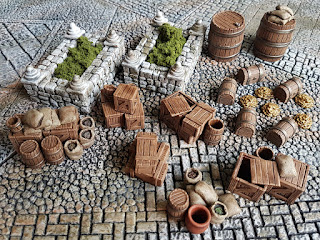 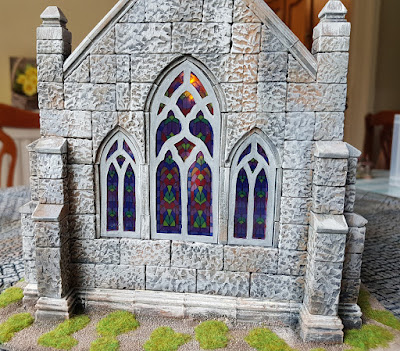 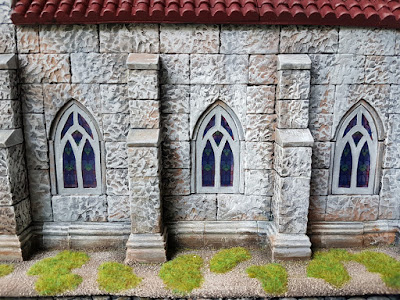 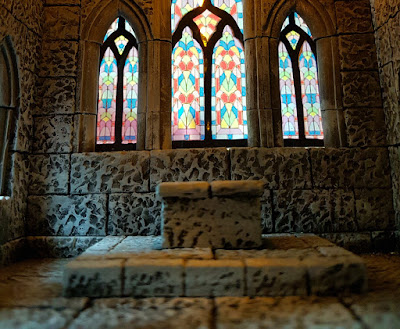 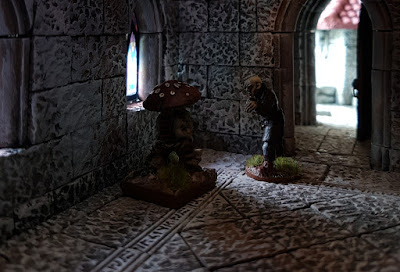 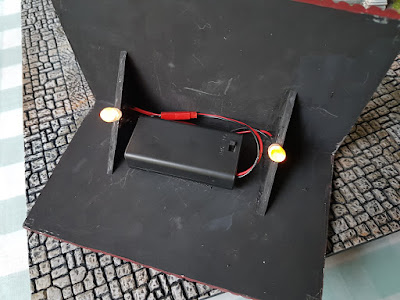 Oh and of course these are all pictured on 4 new 1 foot square baseboards.

Monsters for Frostgrave and Kings of War

I've just completed few more monsters to add to my collection. Some specifically for use with Frostgrave, some with Kings of War as well.

First of all the "Violent Fungus"... 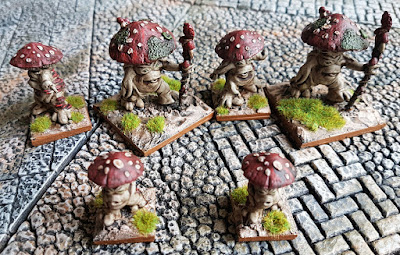 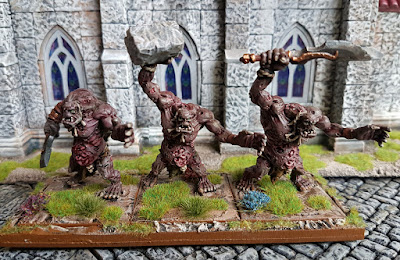 and finally I realised that I didn't have a Vampire, but I found this old Hammerhead figure in my collection... 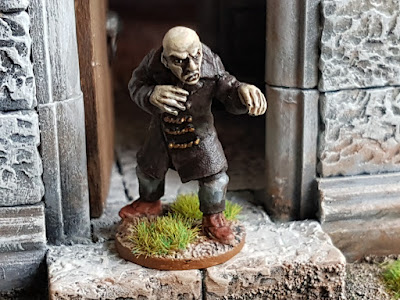 Even more Monsters and Hirst Arts stuff for Frostgrave

There's been a bit of a gap since my last post. My excuse is that I've been very busy re-enacting!

Having said that I have made a few new bits.

First up I've completed the water features on the Frostgrave boards. 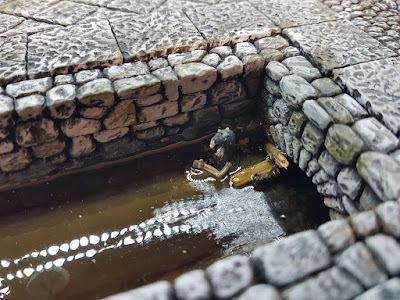 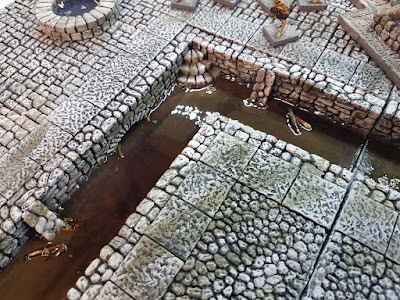 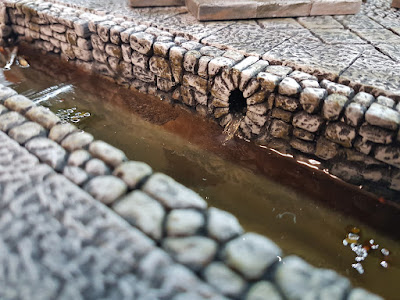 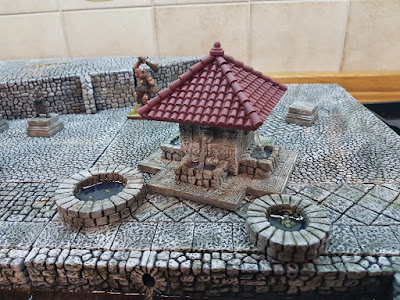 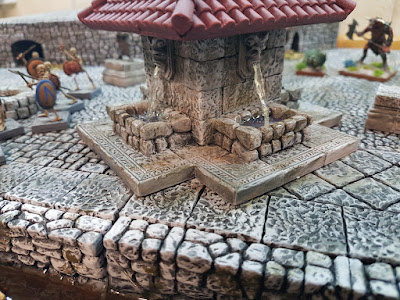 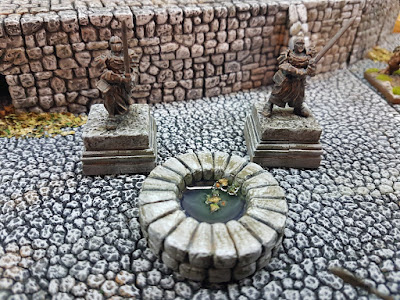 Last, but not least, I've completed a few extra monsters for Frostgrave. A few Wargames Factory skeleton warriors, and three models from Reaper Bones: Ettin (to be used as a two-headed troll; Basilisk and Minotaur. 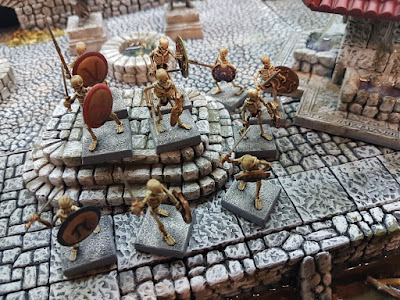 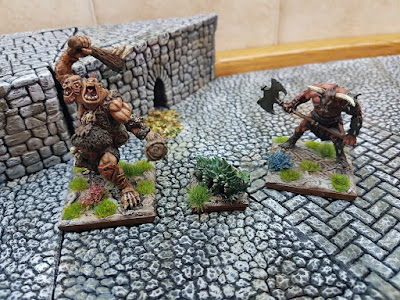 Posted by Richard Heath at 23:29 No comments: