When Mantic invited us to put on one of our big Kings of War games at the Mantic Open Day I jumped at the chance. It was a great honour to be asked to play Kings of War at the home of the game itself.

Well, today was the day, and myself and twelve other lucky souls turned up at Mantic HQ bright and early. We had access to a 16ft x 6ft table that consumed a huge amount of the space available. By far the largest single game at the open day with over 25,000 points of models on each side.

By opening time at 10:00am we had already started playing and were well into turn 1. Pretty soon the battle lines engaged and troops started to rout. On my flank however the Green Lady and a Unicorn were able to keep healing the three Tree Men I was using to hold back the tide of Jeff's Orcs and Twilight Kin. Further over to the centre Kieran's Dwarves and Ogres were dealing damage to Martin's Undead. Andy's Zulus, Salamanders and Ogres were having quite a few problems with Jonathan's Varangrrrr in the centre. Over on the right flank Ed and Gerald faced off against Justin and Brendan's Undead and Steve's Twilight Kin and Goblins. Though I kept on hearing bad reports of losses from that far flank, whenever I looked over there the battlefield still seemed to be covered generously by the forces of Good.

By 3:30pm we reached the end of turn 6. We checked the available time and decided we didn't have enough to get an extra turn in. On my flank I'd held back and was slowly pushing through the enemy, however there was a fight between my Greater Earth Elemental and Martin's Bone Giant that still had not concluded and as a result the objective was contested at game end

However further towards the centre we'd broken through the enemy lines and taken an objective, holding our own two in that area as well. On the other flank there were two more contested objectives and far, far at the other end Evil had solid control of the last.

With 3-1 in favour of Good we had won the day. Looking over my forces (Nature and Men) I could see that our victory had been relatively cheap for them, with only a handful of units having been routed.

Anyway, here are the photos and a video as well... 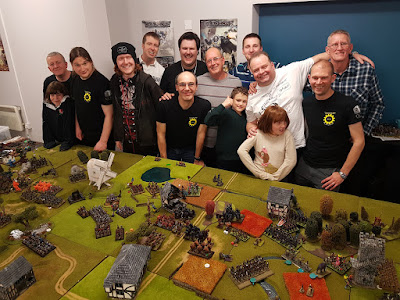 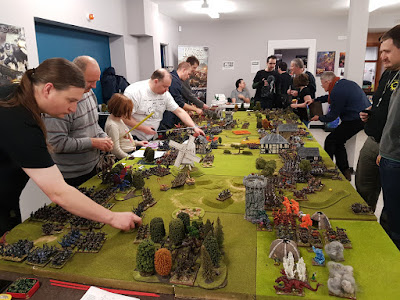 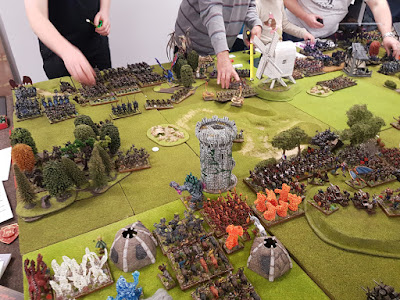 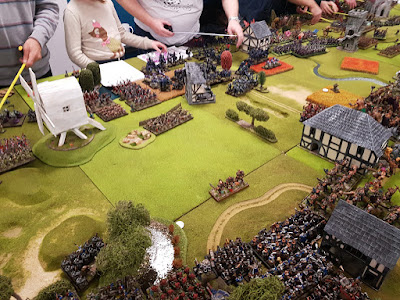 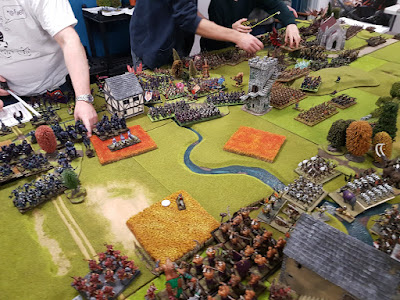 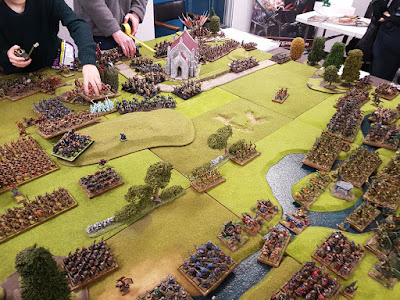 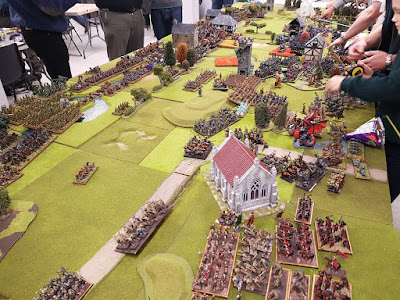 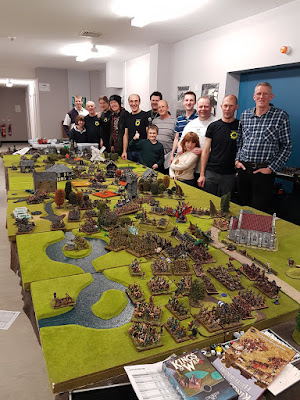 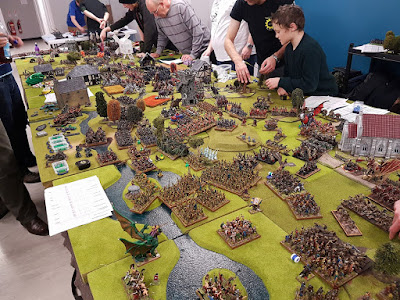 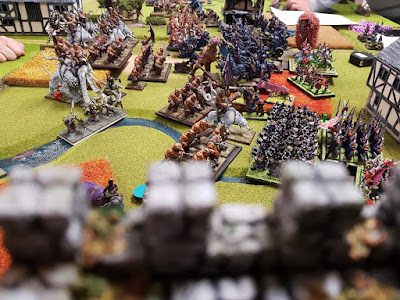 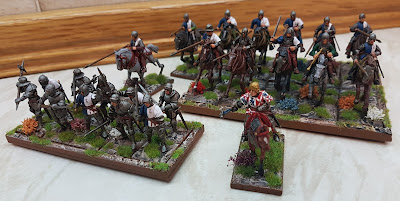 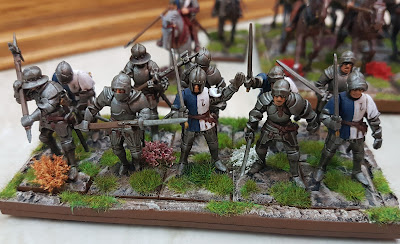 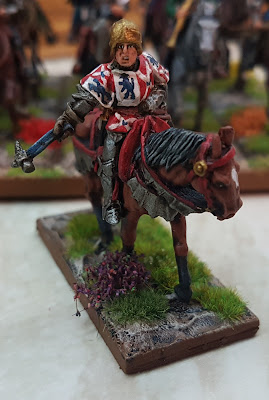 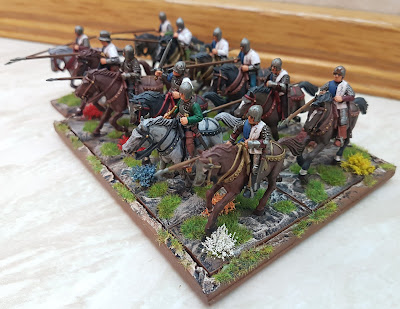 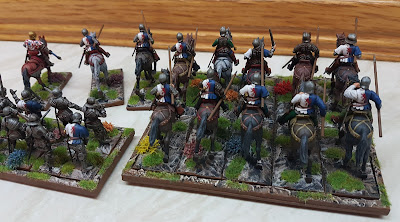 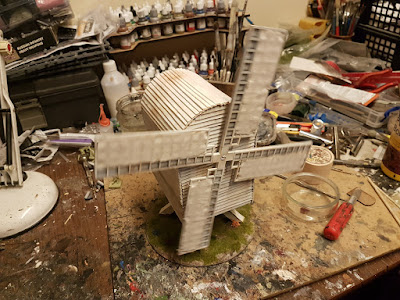 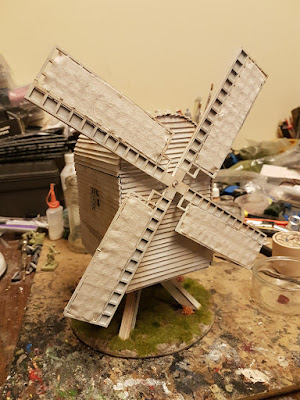 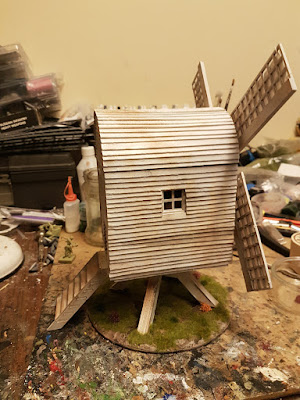 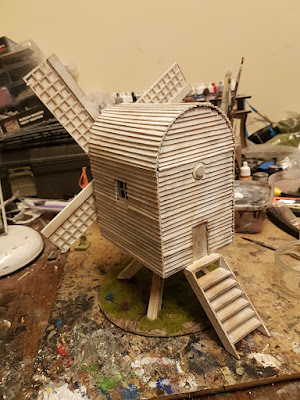 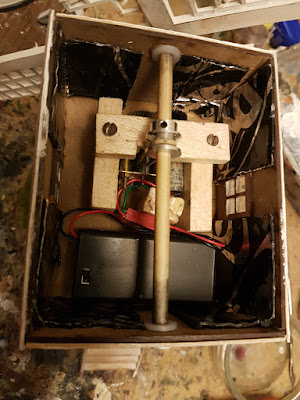 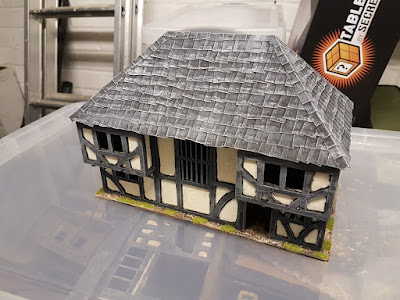 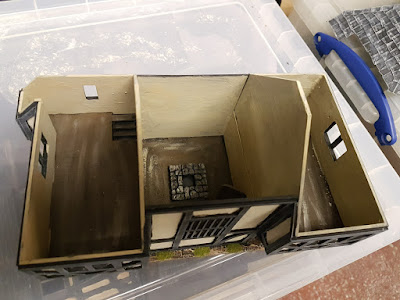 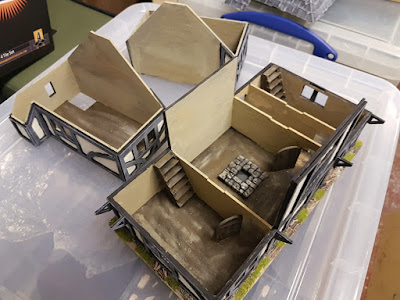 I've just finished a couple of new models for Kings of War.

The classic Marauder Giant and the considerably newer Green Lady for Mantic. 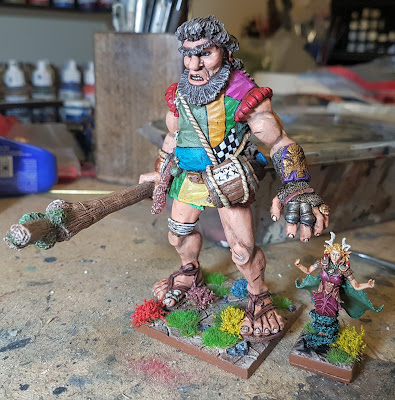 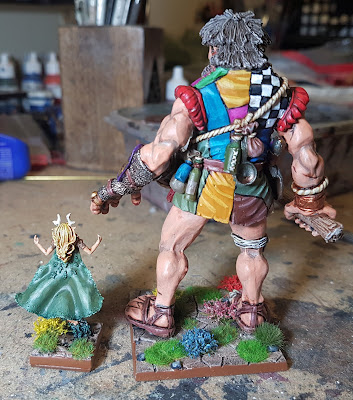 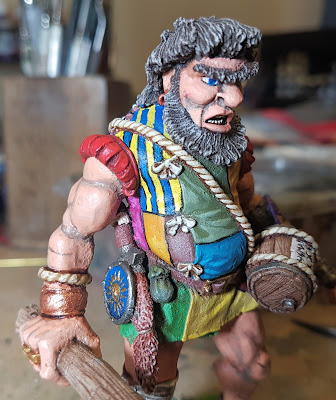 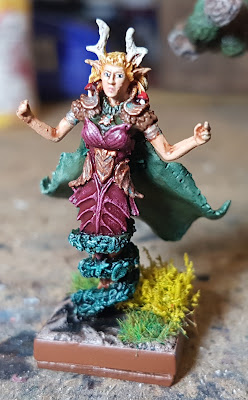 Posted by Richard Heath at 23:28 No comments: