Second game of Blood and Plunder

We managed to get another game of Blood and Plunder this afternoon. Another land game, this time the Search and Recover scenario from the No Peace Beyond the Line expansion book. I took the English this time and Brendan the French.

The scenario required a larger battlefield than I've ever done before with my Terraformer tiles and it's lucky I've been making more. It was great to get it all together for the first time. 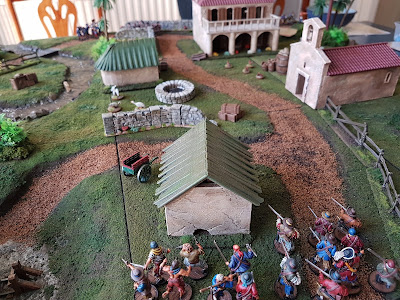 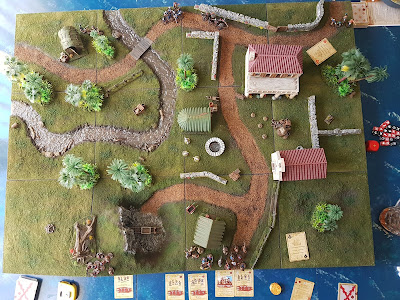 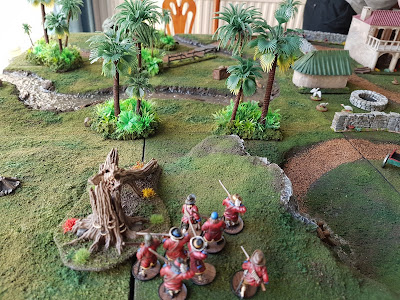 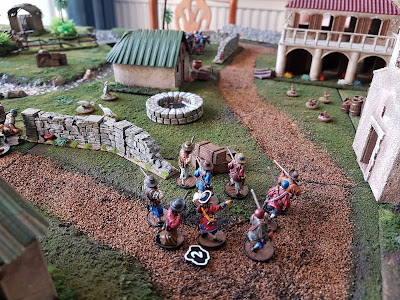 Again the game played really well. We both advanced looking for the objective in one of several chests. Chest after chest proved not to contain it though. Much to Brendan's annoyance it was my Militia over on my left flank that found it and his Boucaniers shot at them forcing them to back off, but they were attacked in turn by my Sea Dogs whilst crossing the river to retrieve their prize. 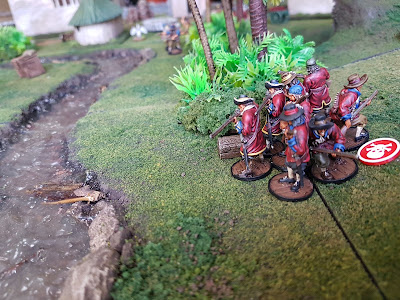 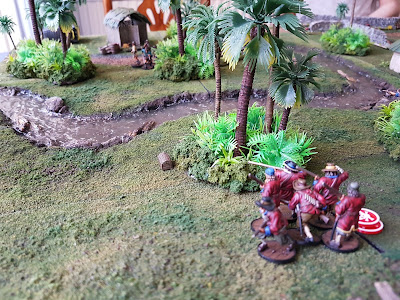 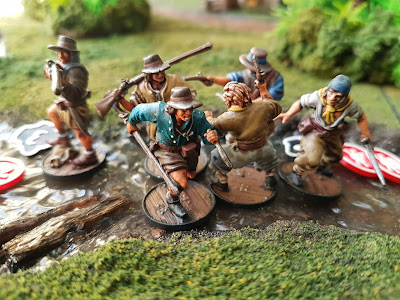 The Sea Dogs were fairly easily beaten off, but much as with the previous game the Boucaniers were quite fatigued and out in the open as a result. My Militia had recovered their wits and returned to the objectives opening fire on the Boucaniers who being out in the open were wiped out. This left the Militia able to hold the objective for the rest of the game, leading to an English Victory. 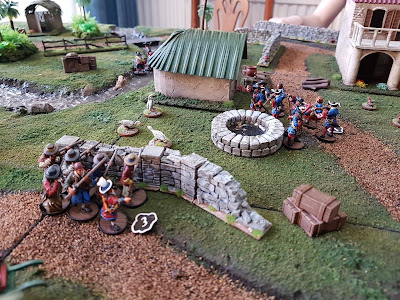 There were a few notable occurrences. About half-way-through the game an event came up which meant it started to rain. This reduced line of sight and meant that an extra reload marker was needed for troops shooting whilst without a roof over their heads. A good simple mechanic.

Another was when Brendan decided to put his largest unit in a very small hut... It must have been quite smelly in there and I can't think his captain was too happy about being in such cramped accommodations. 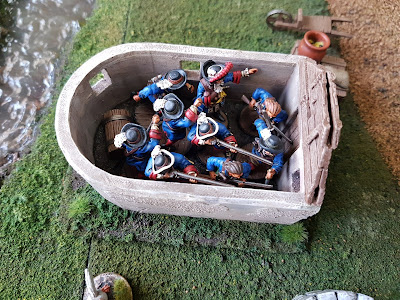 Anyway, I'm well on with my Brigantine. I've been tying ratlines all night and that's why this report is so late! But I'm well over half way done with those. Just some sails to make for it and then hopefully we can have a sea battle next Sunday! 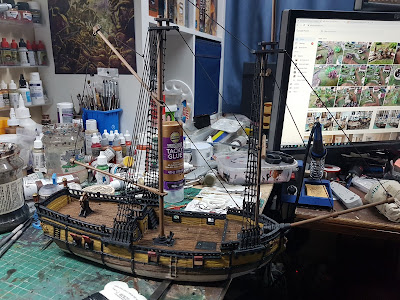