This week really is one of those weeks where I wouldn't have normally posted. Loads of part-done projects or projects that are duplicates of ones I already posted about. All have been Blood and Plunder related.

First up are the two longboats that I completed. One with lateen rig and one with lug rig. We got a game in with them on Sunday, again switching sides, and as with the other sea game Brendan won. 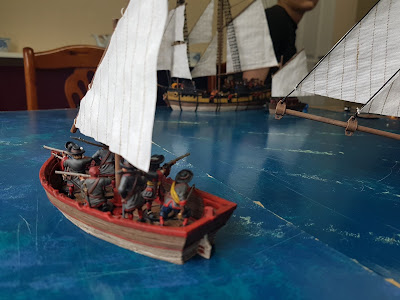 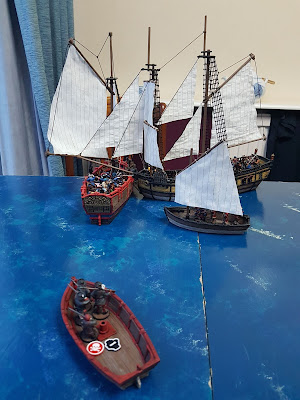 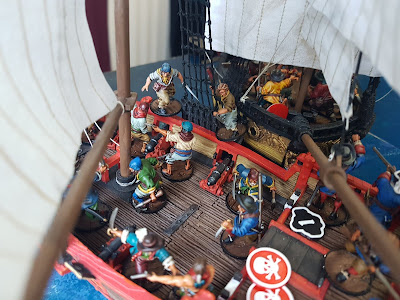 It's back to land I think this weekend as I've just finished off another set of palm jungle pieces. This more than doubles the amount of jungle I can put on the table with the addition of pieces without palms which we'll use as cover terrain and some singly based trees without undergrowth. 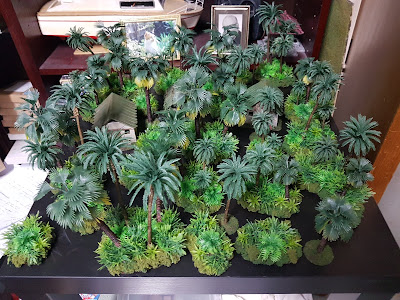 It'll be nice to get some amphibious games in. But for that I need to finish the coastline pieces for use with my Terra-former tiles. I got two started before I ran out of cork bark. More cork bark is on its way.
The coastal pieces are designed to attach to the sides of the Terra-former tiles with the same magnets. I think I may have to work out something to go in the right-angle. I had intended the angle to be less sharp there. Hmmm... 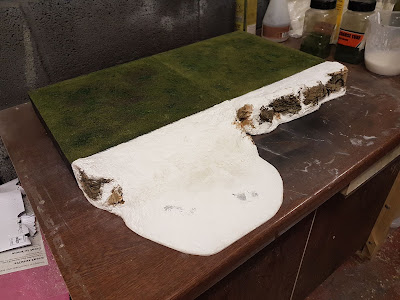 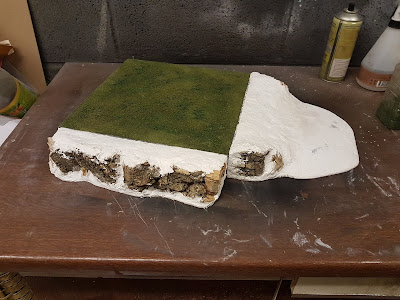 Finally something a little different. I realised that these ships I'm making are big enough to get quite a bit of electronics in them, so I'm busy with trying out that ready for my next ship! 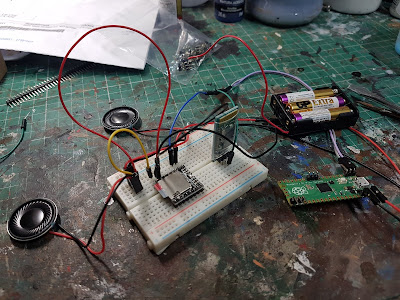