Another Blood and Plunder game

Another Blood and Plunder Amphibious game today. This time with the added beach I made last week. 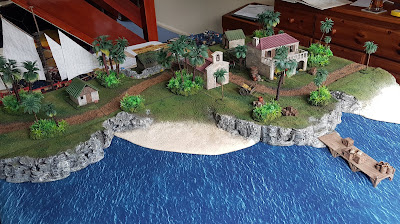 Brendan was attacking and trying to rescue the merchant I'd captured. He had a sloop with cannon and was allowed a force on land as well. 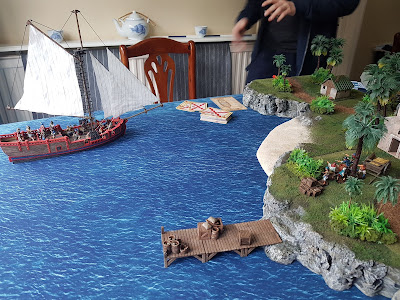 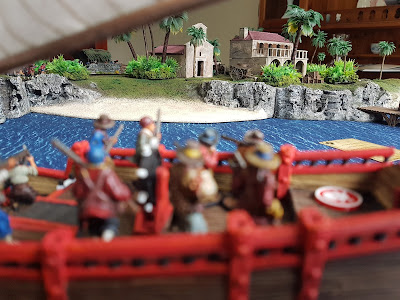 He struggled quite a bit as I'd found a location on the back of the board which was hard for the sloop's canons to target from where it was and had quite a good defensive field of fire against his troops who attempted to charge in. 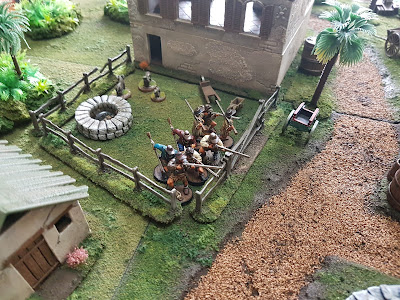 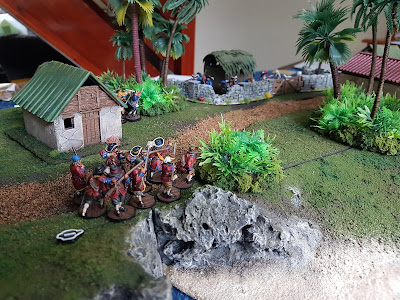 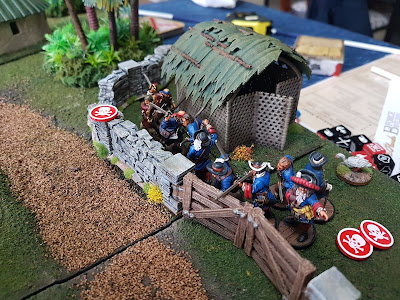 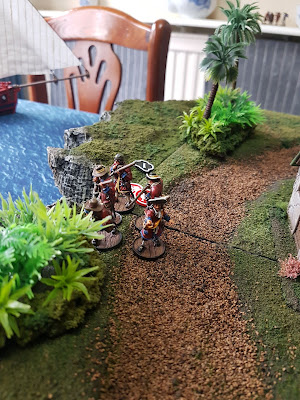 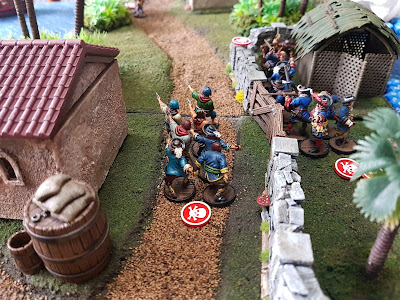 In the end he had lost his entire land force and captain and it didn't seem that he had much chance of recapturing the merchant so he capitulated.

We had a think about what he could have done to win and a number of options were raised. One option was Long boats coming ashore rather than using the sloop, though they would have meant he had no artillery support, which had definitely helped him.

However what seems a better option was something he already had... explosives. These he could have thrown at me from cover or used to supply smoke and mess up my very good defensive position. We'll have to try those out next time.

After the game I tried out the harbour wall I've been building up. This will allow us to use the city boards in an amphibious game... I'll see if I can get that sorted for next weekend's game!