So I spotted a painting competition on the "Lion Rampant, the medieval skirmish game" group on facebook. Painting a unit for the game during the month of April, finishing on 2nd May.

I decided this would be a good addition to my month's painting as I'd already finished my Mantic painting oath. It would be good to get back to painting some of my War of the Roses miniatures. Having painted several units of Edward IV's retinue I decided it was time for a change and so this unit is one of Lord Fauconberg's.

The livery is a simple blue and white pattern with rampant red lion and black fish hooks. All the insignia are made from transfers I printed myself and then in the case of the red lion had to paint over. The reason being that the transfers are transparent and so the blue background made the red darker.

The photos show 12 figures for the Lion Rampant unit, but there are an additional 8 models to make it up to a regiment for Kings of War. 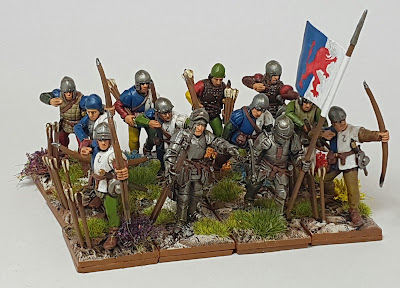 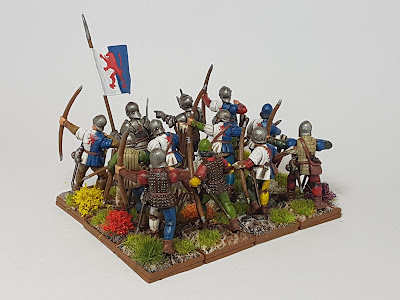 Having got back into Wars of the Roses, I had intended to do some more in May, but of course I've already been distracted! First was with some Marauders for Deadzone, but I've been distracted even from that! Instead I'm now deep in plaster of paris making Hirst Arts blocks for various terrain for Frostgrave. At the moment I'm working on parts to extend the Master Maze dungeon system I have.... 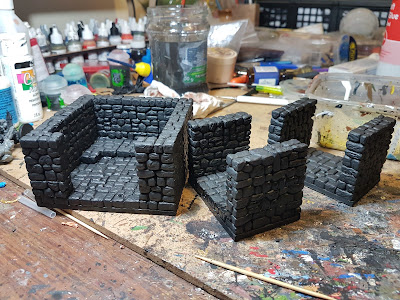 There have been many pitfalls during this process, but I'm getting there finally!