After a break of a couple years I was back at Salute with COGS and the GCN yesterday.

For the first time we took our big Kings of War game along and with massive help from the other players: Steve, Andy, Ed, Phil, Jeff and Ian and with the loan of a some miniatures from Tim and Brendan we managed to get the game to completion before the show closed at 5pm.

The game was 14ft x 6ft  with 15,000 points per side. It was a victory for Evil 3 objectives to 2, but in addition to taking those objectives Evil had also managed to push back both of Good's flanks. Even Good's centre was starting to look weak. So a well fought first victory for the forces of evil.

The day was eventful with loads of interest and kinds comments from the public, a visit from a documentary team and Ronnie Renton the owner of Mantic. 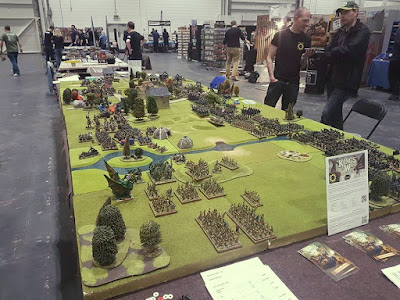 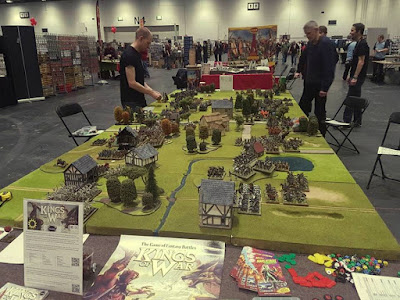 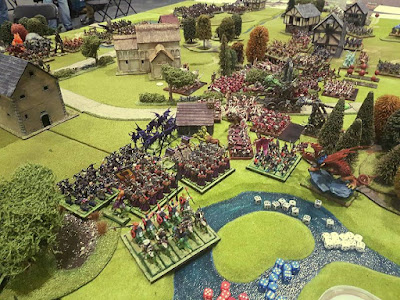 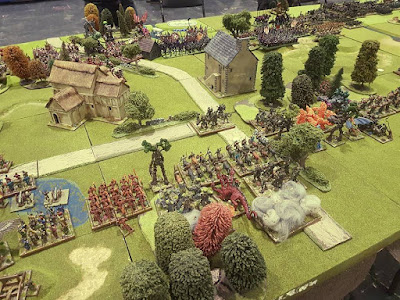 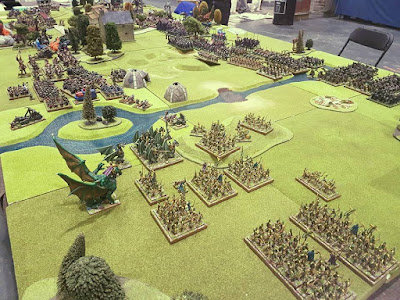 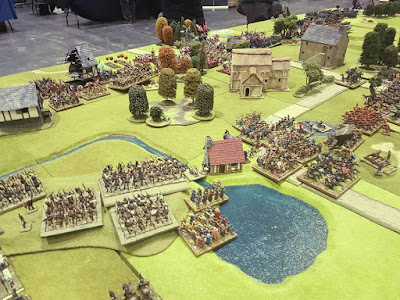 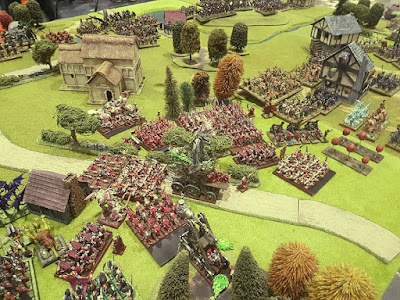 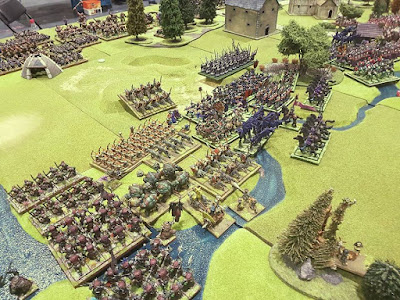 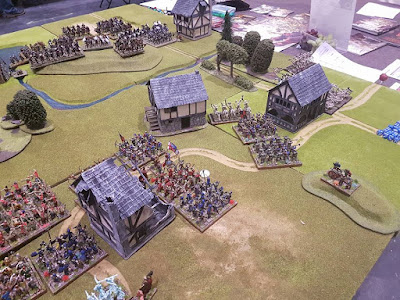