My next project using Hirst Arts blocks will be somewhat more complex than the previous ones. I have planned a multiple level building which will encompass a section of the walkway I designed earlier.

In order to plan this my previous method of just playing around with blocks really wouldn't work for such complex design. Instead I've been using a free 3D design package called "Sketchup". Helpfully several users have created Hirst Arts blocks in the package. Unfortunately they've done so in a couple of different scales.

I've plumped for using a set by user called "Itar". These cover all the moulds I have. Again though there is a downside. This time it's that they made some mistakes. Some of the blocks are miss-sized. Luckily it's not too difficult to fix the mistakes.

The design is now complete... 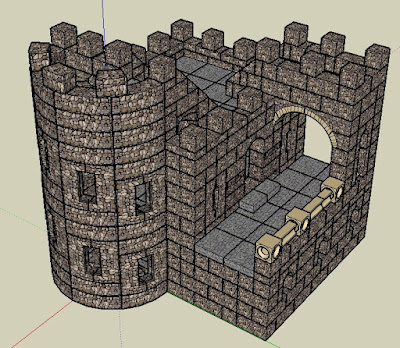 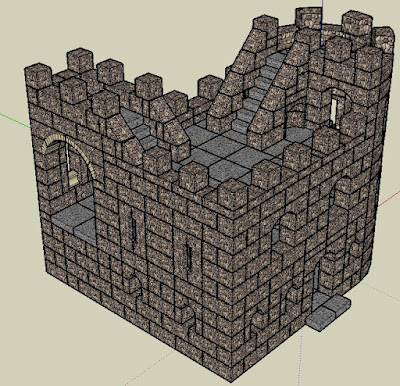 And whilst I was at it I've come up with an alternate design for the stairs at the end of a walkway,.. 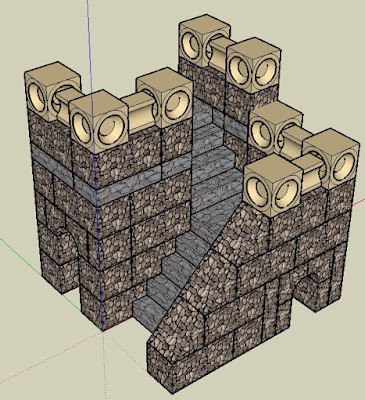