Clash of Kings is the annual official Mantic tournament in the UK for Kings of War.

This year was the second time I attended and again it took place at the Sanctuary Gaming Centre in Sutton-in-Ashfield. The event is a two-day-long epic with 2500 point armies facing off over all 6 of the Kings of War scenarios. This was the first official tournament to use 2nd edition.

I took my Mantic Elf army as I've been doing fairly well with it recently and being almost totally Mantic models was legal for the Best Army prize. 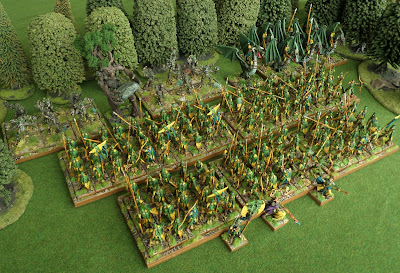 There's a lot of very high point units there and that seems to be the general way armies are constructed in 2nd edition. No more swarms of little units.

I was going to list my opponents and results, but I appear to have lost my results sheet in all the excitement. However suffice to say I got 2 wins, 2 draws and 2 losses, leaving me firmly in the middle ground in 19th place.

However my chances of getting one of the lovely Golden Blaine statues were not all lost. I still had my chance at Best Army. Unfortunately after the first game of the weekend, a defeat against the chap who would go on to take 3rd place, I managed to knock my Tree Herder onto the hard stone floor of the church, with predictable results. Most of the branches on his back were knocked clean off and the stone he was carrying came unglued.

I did have a spare Tree Herder, but unfortunately that was at home and there was no time to go and get it. I'd have to re-glue the one I'd brought. The problem is the only glue available was Super Glue and with my allergy to it's fumes I couldn't really use that. So I asked Rich, the owner of Sanctuary, for help. He glued the branches back on whilst I stood far away trying to avoid the fumes.

With it done he handed it back to me to paint. Then I realised another problem. I'd not brought my modelling glasses with me. Without them I would have to repaint it at arms length and then only barely able to see what I was doing! So I set to it and did as good job as I could, though the branches fell off again. I didn't fancy hassling Rich again so stuck some toilet paper up my nostrils and tried gluing again. I managed to get it all together for the next couple of games.

After the 3rd game, and the last that day, I found my army had been one of the four that had been selected for the voting for Best Army. Every player got to vote, which is I think the fairest way for these competitions to be judged. Unfortunately in the last game one of the branches had fallen off again and with no time left for repairs I had to put the fallen branch on the base, hoping people would understand.

I couldn't bring myself to re-build the Tree Herder that night and instead brought the spare one on the Sunday.

When it came to the prize giving at the end of the day I sat with not a little trepidation. I'd been in this position before with Lord of the Rings tournaments but never won. However this time loads of people had kept on saying they had voted for me. I'd seen the competition and it was going to be a close run thing as all 4 of the armies were equally excellent. So when my name was announced as winner of Best Army I was completely overwhelmed, speechless...

Thanks to all those who voted for me. There was only one point in it and I had voted for the army that came second! 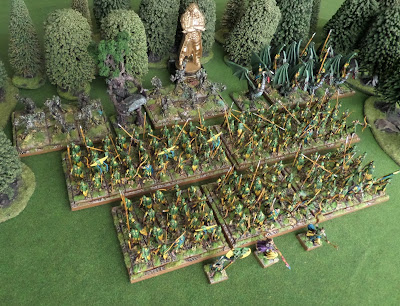 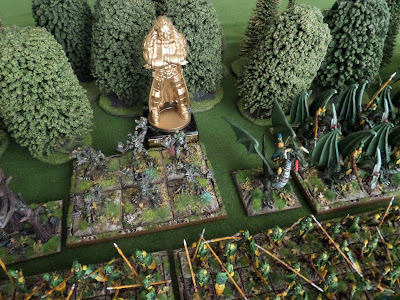 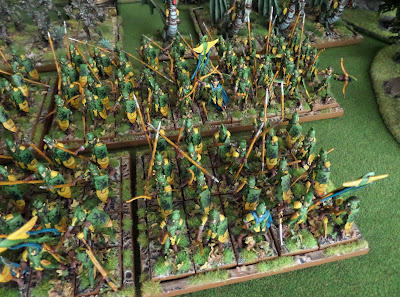 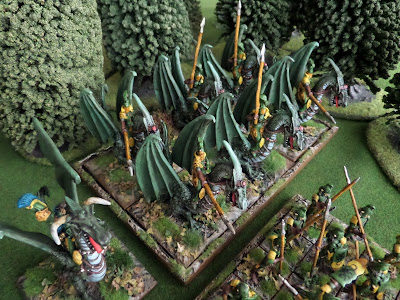 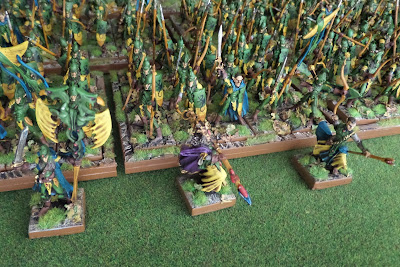