On Monday at COGS we had another game of Necromunda. Having seen a few of the terrain setups on the Necromunda Worldwide Facebook group I thought that with my completely flat ground level I was missing out on a trick.

Then I remembered this boards I'd made many, many years ago for the Bridge over Khazad Dum scenario for the Lord of the Rings Strategy Battle Game. 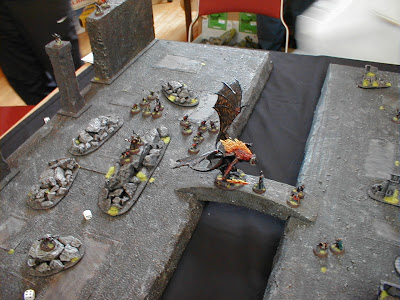 After a quick search I found the boards in a loft. Being primarily made of expanded polystyrene insulation sheets I needed to touch up the paintwork a bit. They could be placed over either side of base boards for the standard grey Necromunda colour or the sea of used for my naval battles. In the end we plumed for the watery look: 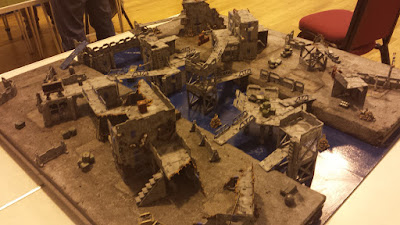 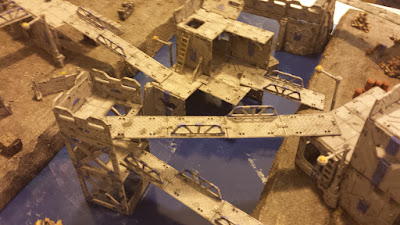 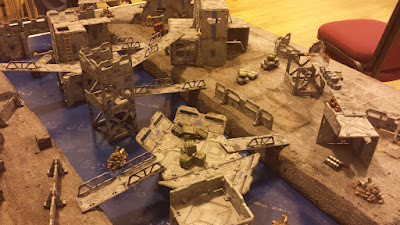 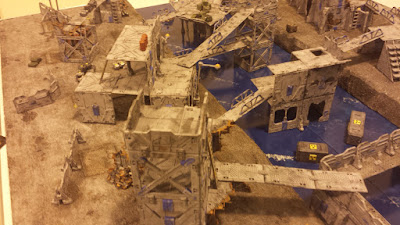 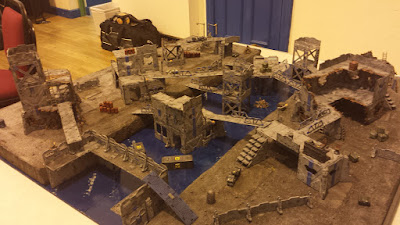 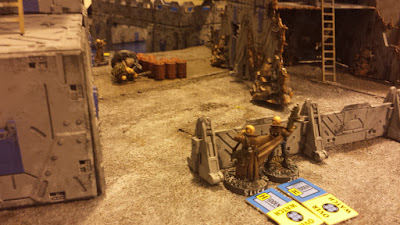 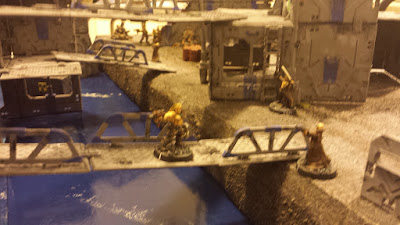 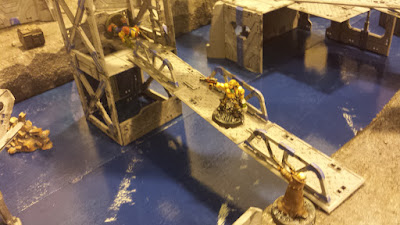 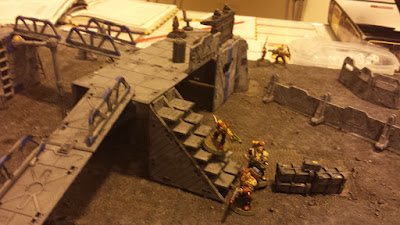 We played "The Raid" Scenario, unfortunately Steve managed to bring some of his guys in on my flank and the ensuing fight put paid to any chance of me succeeding at the mission.