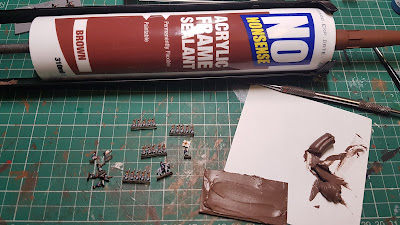 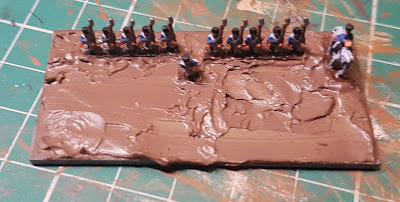 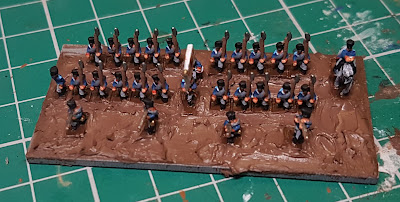 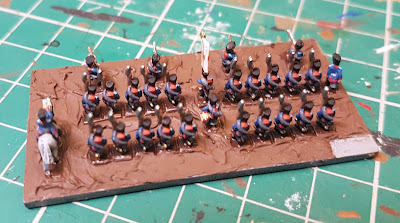 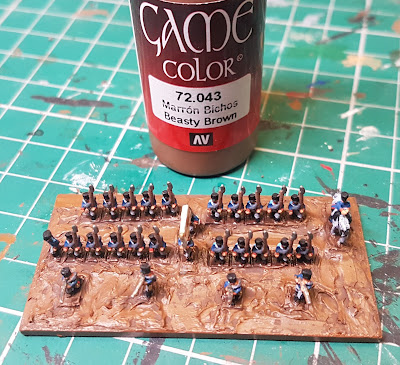 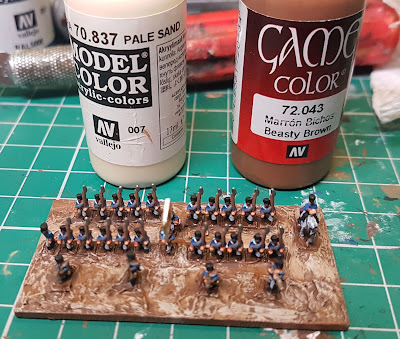 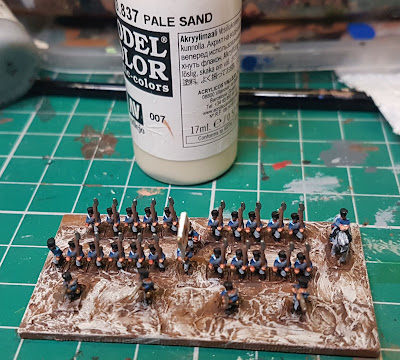 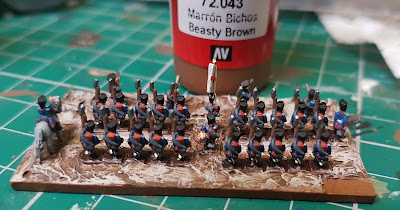 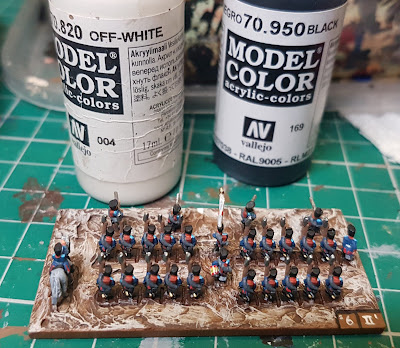 After this the static grass is applied. These are home-made self adhesive tufts of 2mm spring meadow static grass. I use something like this to make those in bulk from time-to-time. (Edit: See here for how I make them.) They are just pulled off the backing paper with tweezers and put where needed. They can even be moved if I'm not happy with them. Even months after being stuck in place. 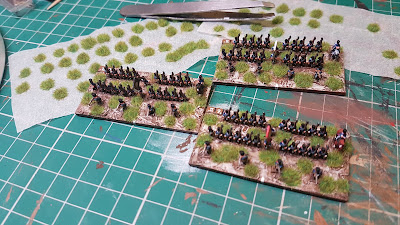 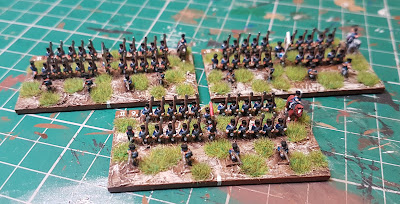 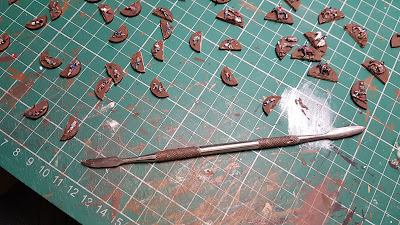