It was my first game of Necromunda tonight. My Delaque Gang faced off against Steve's Goliath gang at Scavenger Hunt. 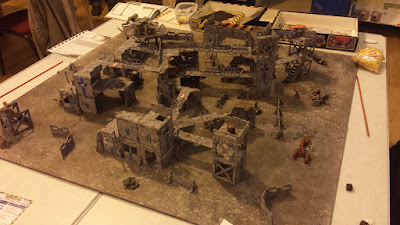 I did pretty well! Steve couldn't seem to hit anything, and only wounded a single juve. I won the scenario, got more loot. However unfortunately the juve died of his wounds (RIP Squirt). Steve's injured gangers all recovered though luckily one of his heavies now has an old injury that may keep him out of a few scenarios.

Man of the match has to go to Jayne. He downed two enemy with a single burst of his heavy stub gun. 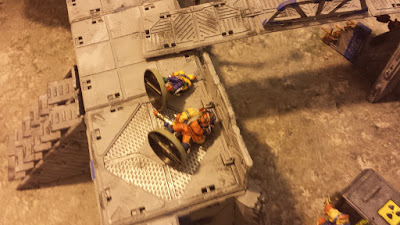 Four of my gangers managed to get upgrades.

Steve will go into the next game with an extra juve and a ratskin scout. I didn't get to replace my juve, but added an underhive scum and a rather good ratskin map.