We decided to go for a straight forward sea battle today. Encounter (no special objectives) with 200 points and I added in my sea terrain with shoals I made this morning.

I had the brigantine and Brendan the sloop. He had the wind gauge so I thought I'd have a tough time. However luck was with me. I'd chosen to set a lot higher sail setting and so swept past him. I also decided to shoot at his rigging which reduces his manoeuvrability.

Of course my luck with shooting and his poor dice rolls certainly helped me! 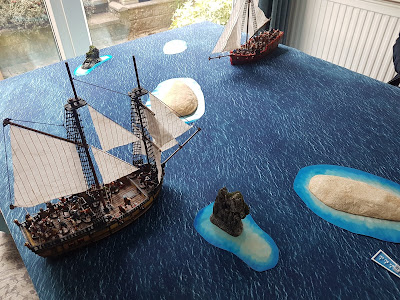 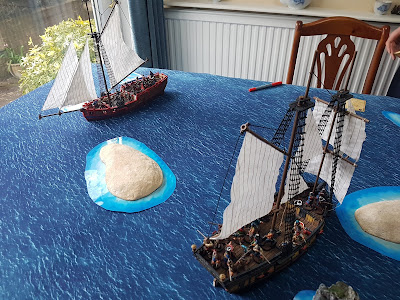 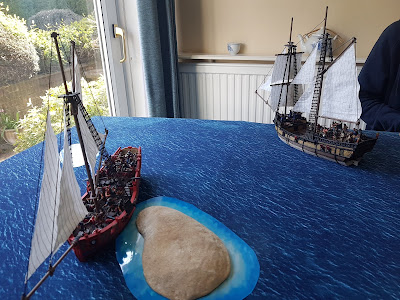 In the end he got a little too close to a sandbank and ran aground. But showing the advantages of the sloop he managed to get free very quickly. In fact in the nick of time as I had been about to rake his stern. 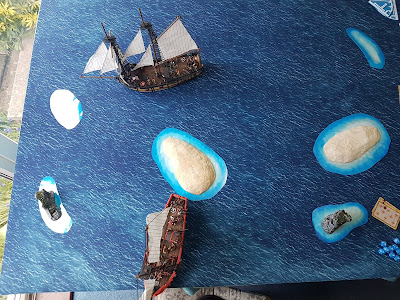 In the end though I'd severely damaged his ship and he'd not done anywhere near as much damage to mine. It was a fairly sure victory.

This game saw us get a proper feel for the ship rules and we both managed to get off some decent broadsides. The added shoals and islands certainly helped define the tactics as well.