I've been progressing with my Gatehouse this week.

I've managed to get the Portcullis mechanism completed and working. I designed this in FreeCad and Tinkercad. 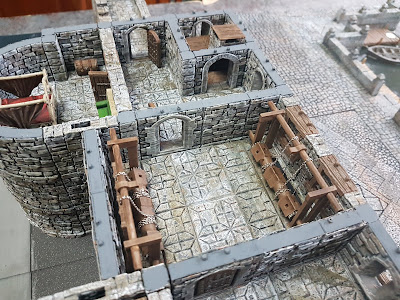 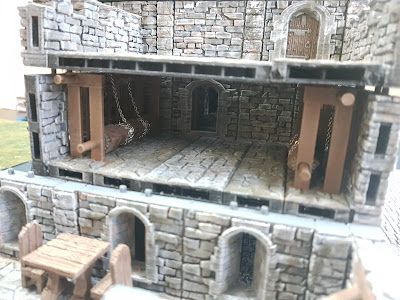 I've also printed and painted furniture for all the floors. This is all just blu-tacked in place so stays where I want it, but can be moved around in the future. After all the building itself can actually be broken down into it's component parts and reconfigured so it would be odd not to allow the same with the furniture. 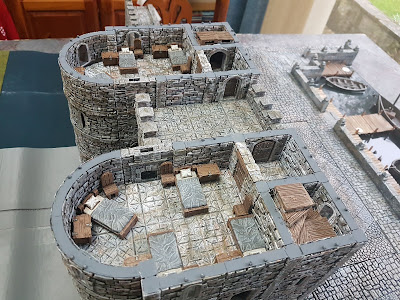 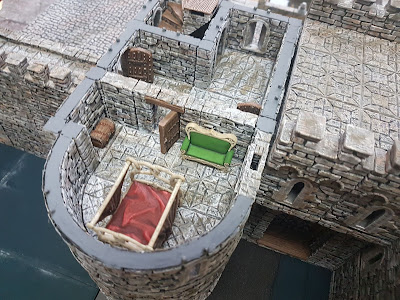 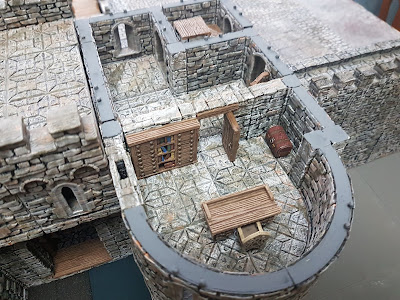 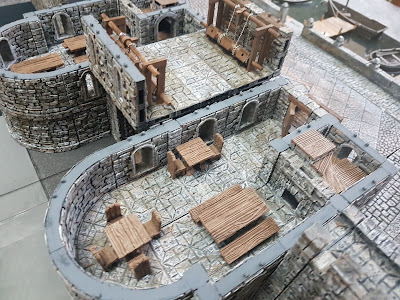 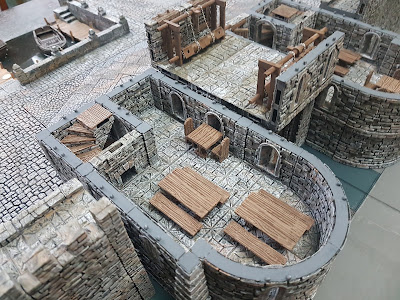 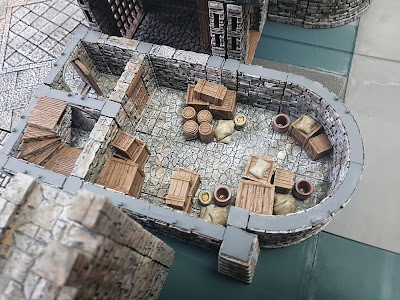 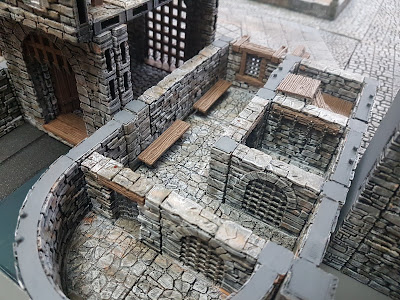 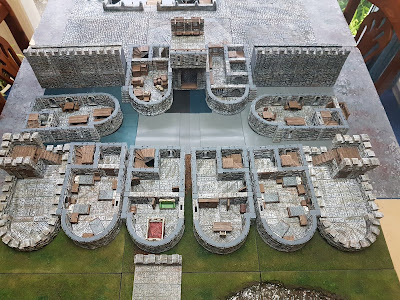 I've started the process of putting the texturing on top by first of all marking the edges of the walls, buildings with picture framing card. These will help ensure that the walls are located correctly when put in position. It would have been too hard to ensure this was correct at the CAD stage. 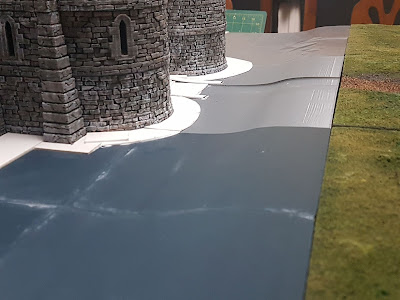 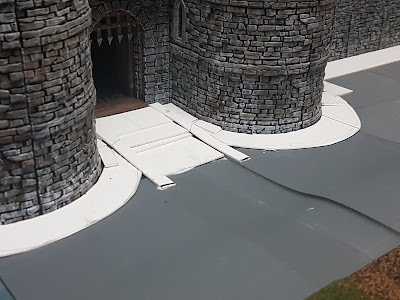 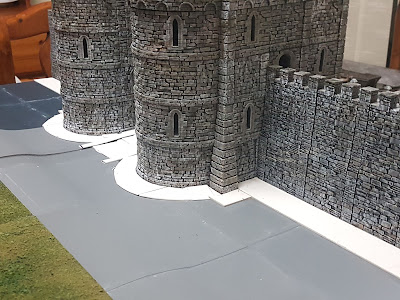 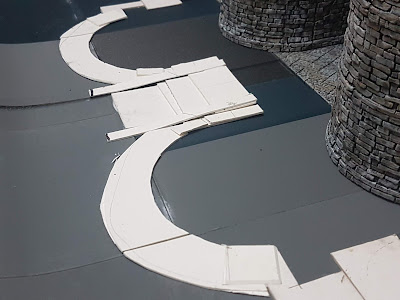 The next step is to apply some sculptamold to add texture.