Two of my main 28mm scale boards are my countryside using the Sally 4th Terraformers tiles and my medieval city using Hirst Arts. I'd been planning to somehow combine these, the plan to have a city wall between the two. At the time of the original inspiration I was only working with Hirst Arts and the whole project was rather overwhelming. I decided to put it off until I retire...

With lockdown and my 3D Printers that has changed. I found OpenLOCK quite a few months ago and was very impressed with the ability to quickly clip parts together in a myriad of ways. Though each piece takes longer to print than Hirst Arts blocks there's a lot less time taken to build the buildings up. Also with OpenLOCK it's possible to try things out without committing. I have had to design a few special pieces myself as well.

So, with not too much other gaming going on I've been able to concentrate a little on a city wall and gatehouse. My two printers have been busy all the time in the background as I painted Man O'War ships or actually did some work. I do have a few spare bits I've printed and not used, but most have made it into the building.

A couple of weeks ago I finally finished printing all the parts and started painting the buildings. These are now all done so I thought I'd try them out on my boards and share the photos. 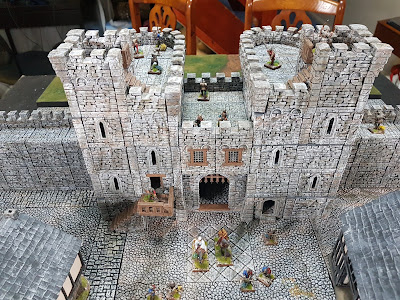 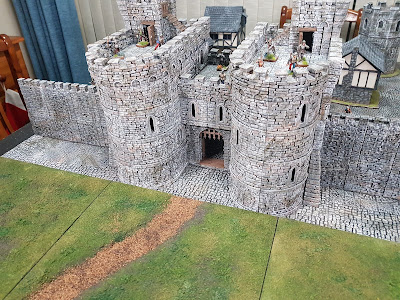 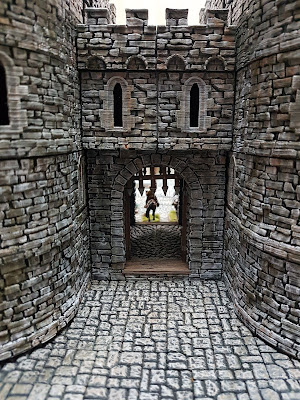 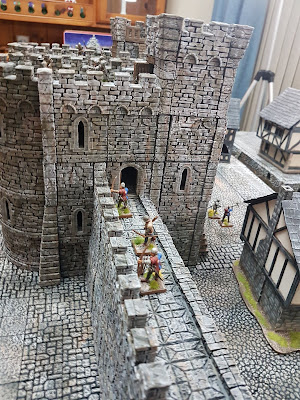 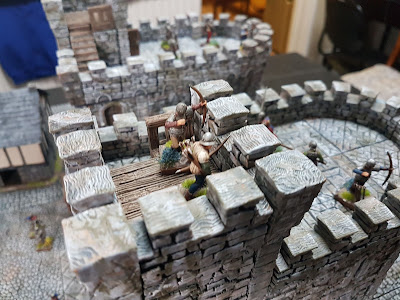 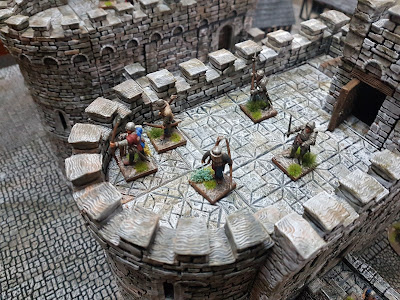 As you can see they fit in well with the Hirst Arts and MDF stuff I already have. Each floor is detailed with fully opening and closing doors. The portcullises will eventually have winding gear to raise and lower them, but I need to do some CAD to get those completed. I've started that, but got side-tracked. 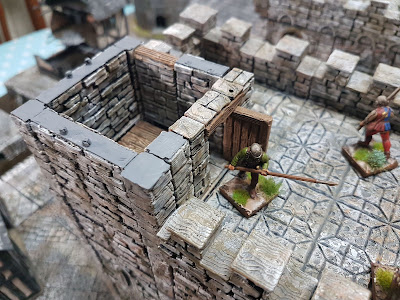 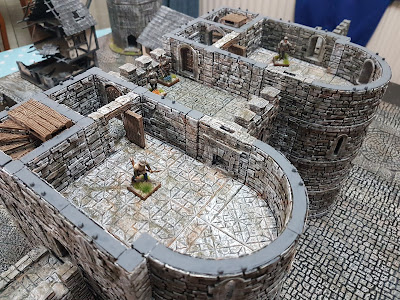 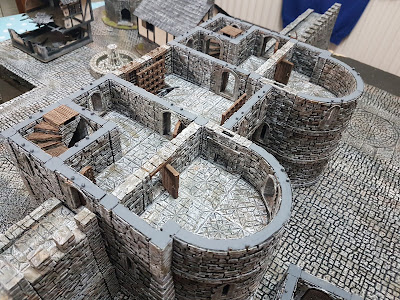 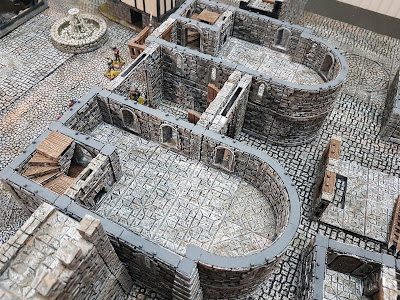 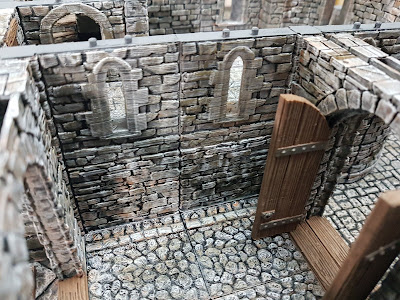 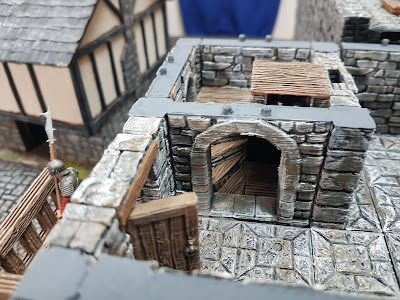 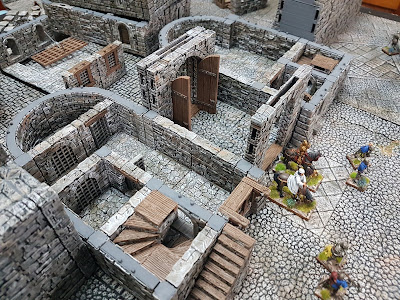 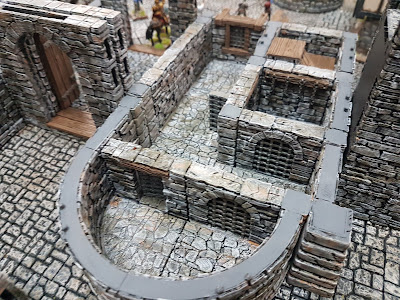 I've also got to work out exactly how I'm going to make the two board sets with different heights fit together. I think the wall will have to be raised slightly maybe. It quite possibly is going to be another 3D printing job. 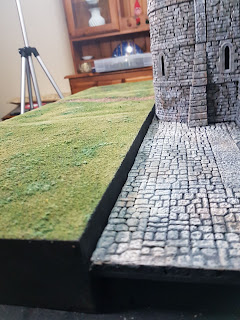 I'm also going to fully furnish the interiors and have some furniture already printed.

So quite a bit to do yet!