When looking at the French Army of 1813 one unit drew my interest more than the rest, Napoleon's Marine Artillery.

By 1813, these troops were not at all useful in their original role and needing to replenish losses from the failed 1812 invasion of Russia Napoleon changed them into several units of infantry. They kept their uniforms much as they were before and were often in battle with their distinctive blue greatcoats. The colour of which got them confused with the Imperial Guard.

Anyway, since I've moved on to the next battle of the 1813 campaign and need VI Corps, the Marine Artillery was my next project. Luckily they were simple to paint and will look great in my French army. 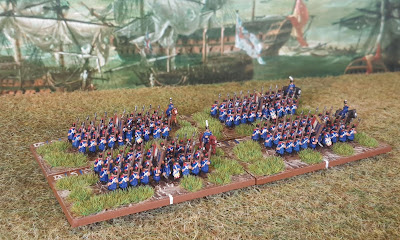 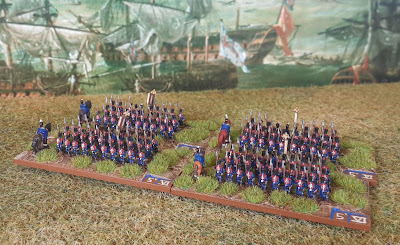 I've also made some attached artillery markers as I have done for my British and Prussians. I'll need a lot more of these. 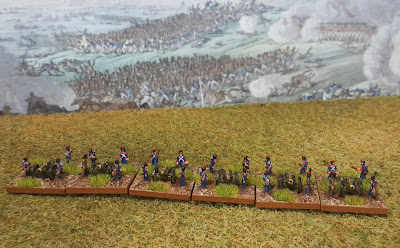