So to round off my "completed" Blücher armies we have last, but certainly not least, the French. You can't really have Napoleonics without Napoleon's army!

This is the largest army I've made so far and unlike the others it's definitely going to get larger. I've got quite a few packs of troops left unpainted!

As with the others these are all Heroics and Ros in 6mm on 60mm x 30mm bases. They're organised for the 1812 Invasion and Retreat from Russia, but will also be used for the 1813 campaign, with additions as appropriate.

On the front row from left to right, we have Davout's I Corps, Oudinot's II Corps, Ney's III Corps, Eugene's Italian IV Corps and Poniatowski's Polish V Corps. At the back there's the Imperial Guard and the 3rd Reserve Cavalry Corps. 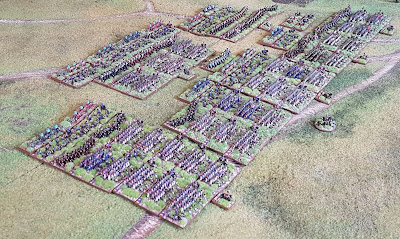 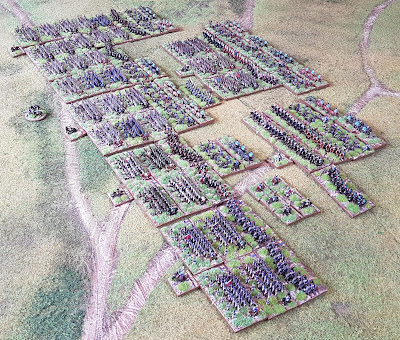 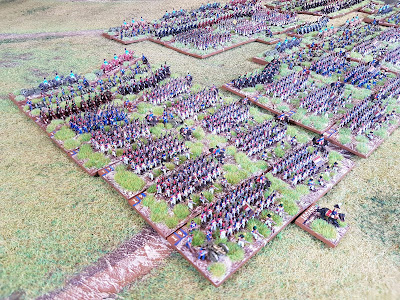 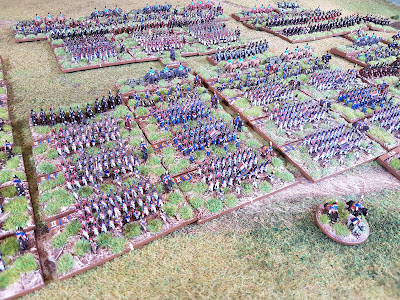 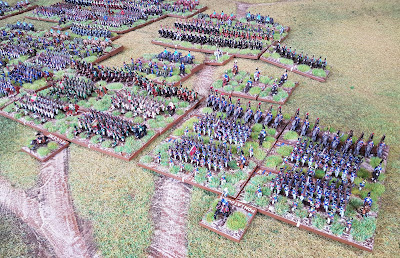 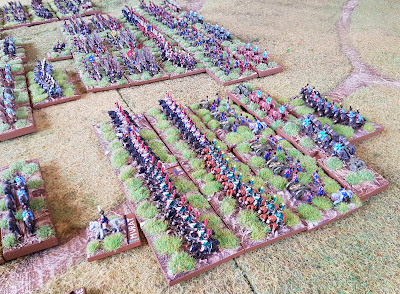 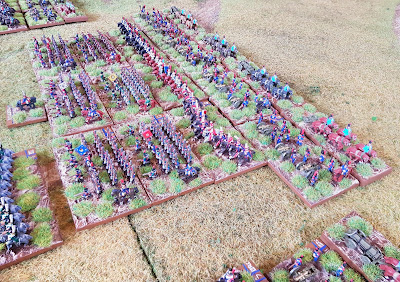 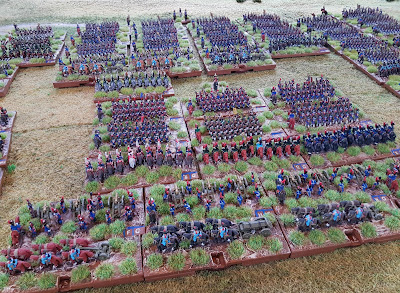 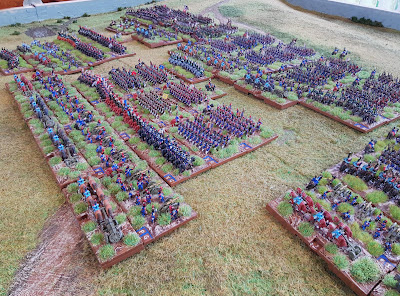 So with those completed I've already started with my 1813 Prussians. For the first time I'm actually keeping track of how I'm painting them with photos. This should mean that the next few posts will be a short series concerning getting them from ziplock bag to table ready.
Posted by Richard Heath at 14:56