So a little while ago I managed to complete my British Peninsular War Army for Blücher. This was the first army I started and the first one I'm sure I'm convinced I've completed. If anything further is added then it will be to make it usable for the 100 days and Waterloo.

There are many mistakes in the army. There should of course be two flags, not one, on each base and most of the troops have belgic shakos rather than stove pipe shakos, etc... but it will just have to do. It wasn't the main reason I got into this anyway, there will be more accuracy in my other armies, I promise!

The models are all 6mm from Heroics and Ros on 60mm x 30mm bases with each base representing a brigade.

The brigades are organised into the various divisions under Wellington's control during the war, including Portuguese and Spanish allies. I think I have pretty much the entire British Army in the Peninsular here.

There are only 3 division commanders with special rules for the army in the Blücher rules and these are attached to their divisions in the photos. 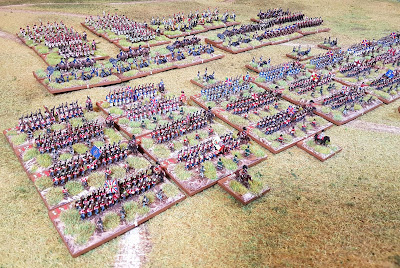 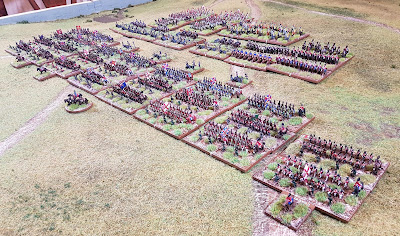 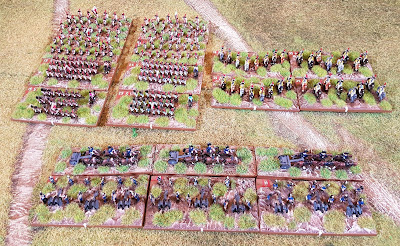 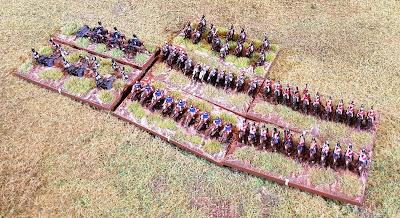 My Russian and French armies have also reached "conclusion" for now as I will be starting on Prussians soon. I will post photos of those "completed" armies in a few days.
Posted by Richard Heath at 16:46