Another day another game of Blücher. This time a 300 point Scharnhorst against Ed.

We'd played the Scharnhorst part of the battle last week at lunchtime. The situation had ended with me declaring battle and having one of Ed's corps surrounded. He had the advantage though with Victory points. I had to break him or take the town off him, he just had to survive to win.

Breaking him seemed the easiest choice and this seemed even easier when I found out that the large corps I had surrounded was made up of weak allied Spanish troops. Also it had nearly no defensive terrain at all! 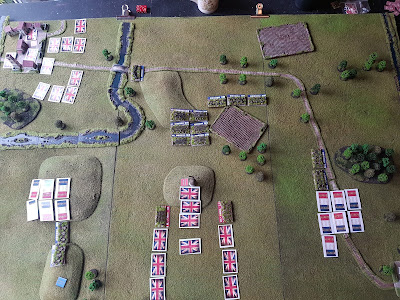 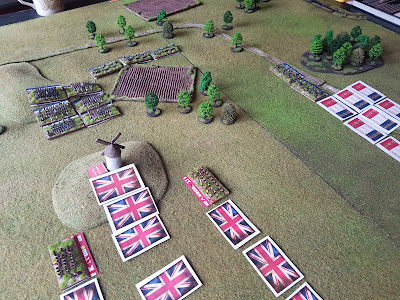 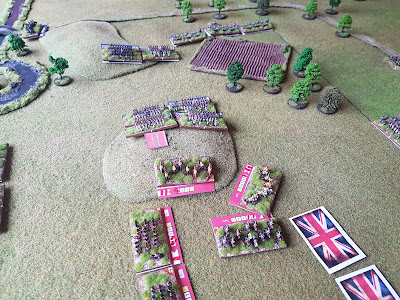 Ed soon realised his mistake in trying to defend with them as I munched through them at a rapid rate with a withering artillery onslaught and French Infantry marching in column. He decided that the only solution would be to retire them as quickly as he could from the field before I destroyed too many. Then with his third column hopefully appearing soon he'd be able to survive. 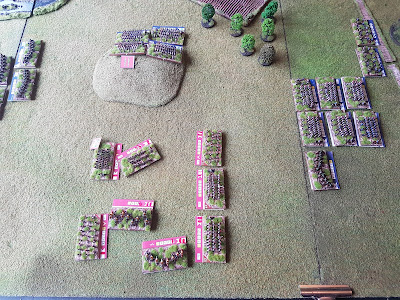 It wasn't to be though. As the last of the Spanish troops headed off the table one was left behind and was facing an impossible force of French troops. It routed taking him to break-point. 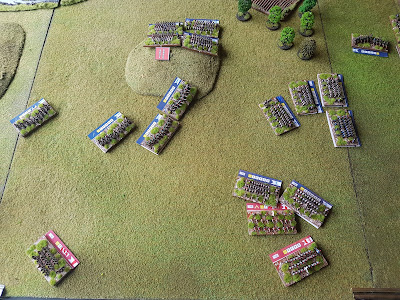 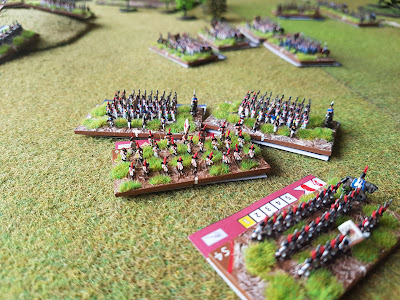 In Blücher though you only lose at the end of your own turn. This meant that if Ed's reinforcements arrived in that turn his break point would increase by three meaning he'd still be safe. He needed a 1 or a 2 on a d6 for this to happen... it didn't and he broke, meaning I won... finally after so many losses recently!

With two or so hours left to play we wondered what to do and decided to carry on as if Ed's reinforcements had arrived. We'd play a What-If-What-If...

His reinforcements arrived and started to fight back. Bringing my dead pile up to a similar size to his own. It was getting too close for him though and he started to pull back in towards the town. I'd re-organised my columns and started to push onto there as well. 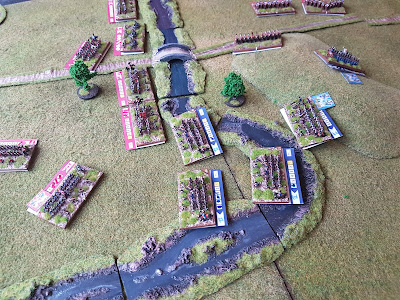 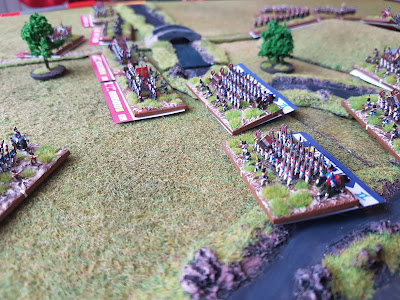 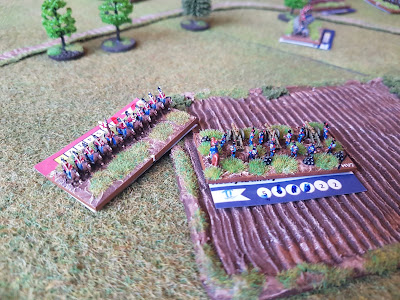 The battle continued right up to the wire. Turn 29 came and I'd not quite managed to break his force and he won the game on victory points... though not really as I'd already won it... way back at about turn 12.

I've not got another Blücher game now for over two weeks... How am I going to survive?!