There's something about Gaslands that is incredibly addictive. I don't know if it's the readily available cars in all the shops or the hunt for a specific car, but I seem to be buying new stuff for it every day.

Of course it's not just about the cars. I've also been drawn into collecting terrain.

Two of the 3 cars seem to be the start of a Rutherford team. Rather military in look. Not surprising when I used the same paint I used on my Flames of War Sherman tanks I suppose. The third has some spikes and barbed wire... impractical, but look great!

The bikes are just a small sample of the massive number that I received from Ramshackle Games.

The billboards were loads of fun. Made from coffee stirrers I decided to make them without bases so I can use them on any terrain.

Next up is a monster truck and some machine gun turrets.... 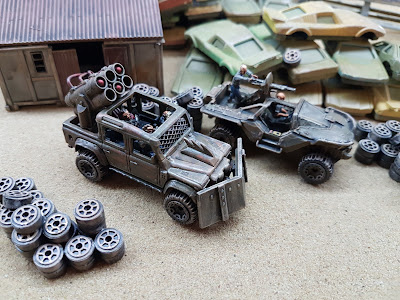 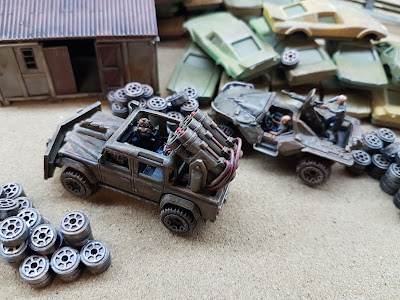 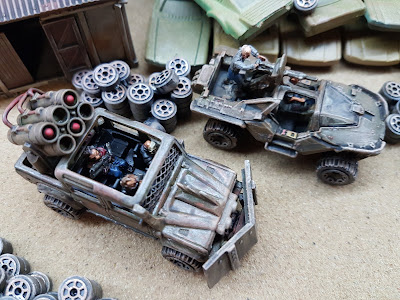 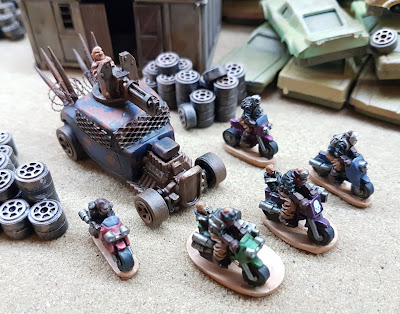 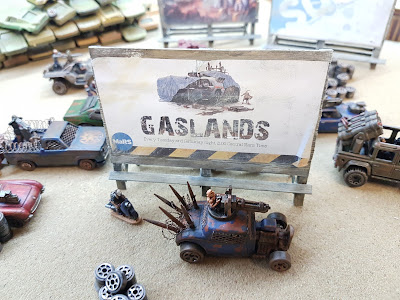 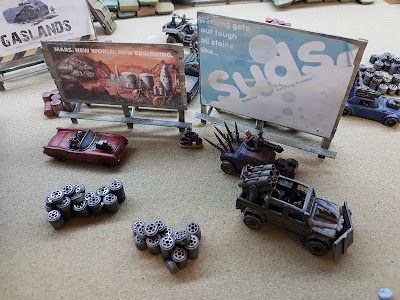 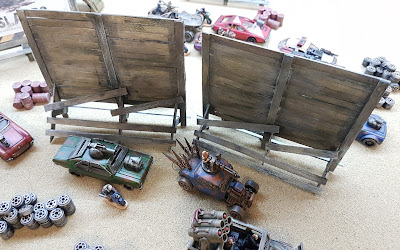