A few weeks ago I bought some more 3d printed terrain from Irongate Scenery. This time two of their newer items, a forge and crane.

The forge comes with an transparent insert for the furnace and a small adaptor to allow it to take the components from an LED tea light. Of course me, being me, that wasn't advanced enough so I've instead wired up a switched pair of flickering LEDs. Two LEDs is better than one and the effect is really great. Also since the model had loads of small components which would be freestanding I decided to add a base made from Hirst Arts blocks.

The crane came ready assembled. Almost everything in place. All I had to do was paint it and add the ropes. I decided to use some of the scale rope that I'd bought for use with the dockyard rather than the stuff that came with the crane kit itself.

Overall I'm very happy with both of these items and they'll look great on the Kobolds and Cobblestones table at Hammerhead tomorrow. 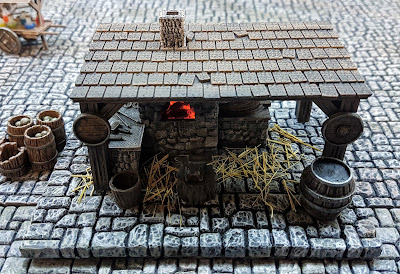 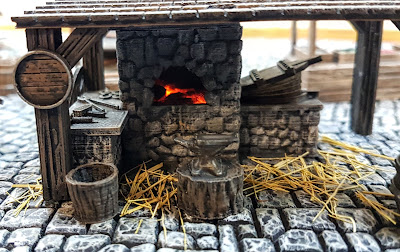 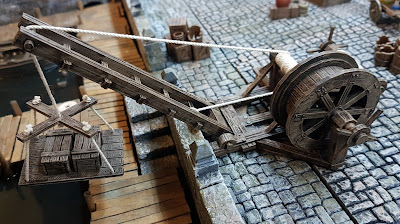 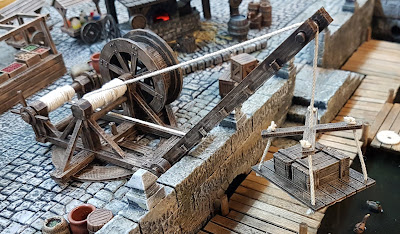 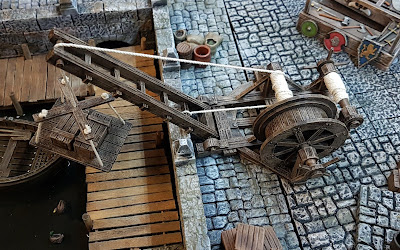