I've been waiting for this model for ages. It would have been in my Clash of Kings army if I'd had it then. But I'd decided not to get the one available then and instead get the new version so included it in my Kings of War Kickstarter.

The model I'm talking about is the Elf Dragon Kindred Lord. This is based on the same Dragon as used in Dungeon Siege, the dungeon crawling game by Mantic., but has an Elf King/Lord on the top.

The dragon itself is boardgame plastic, the elf is metal. It's a lovely model, but does have one major problem. It's actually too big to fit in with the existing Mantic elves. The Elf Lord is massive in comparison with the diminutive Mantic elves. A shame, but luckily it's high up on the neck of the dragon so the difference in size is not quite as noticeable as it might be,

Anyway, I love the model. There's loads of detail and I'm really happy with how it has painted up. 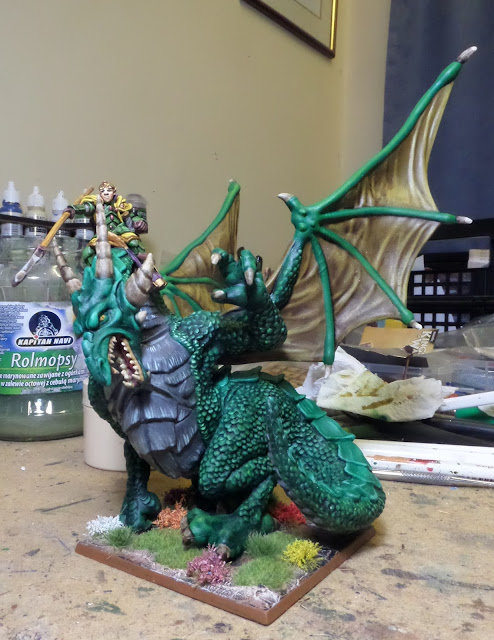 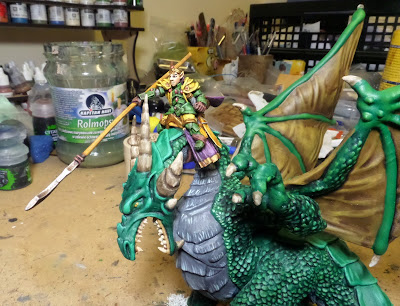 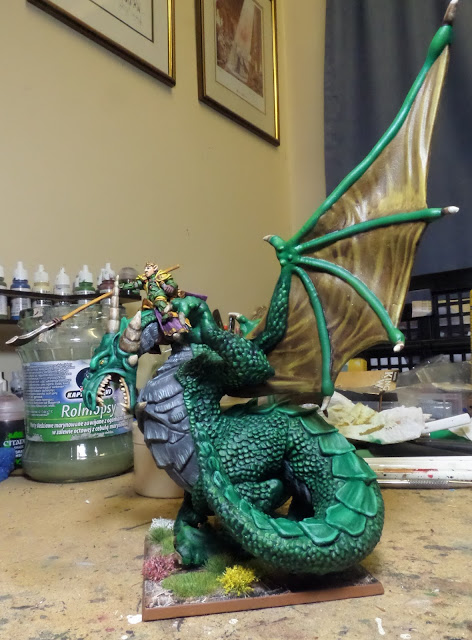 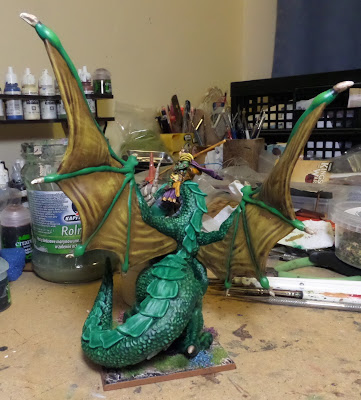 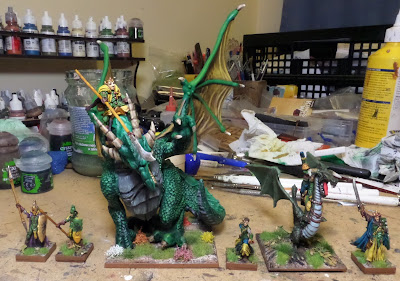