The third battle of the campaign sees the French assaulting Leizpig.

The city is defended by a Russian corps under Winzingerode and half of the Prussian 1st Corps. The French have the entirety of Ney's III Corps. 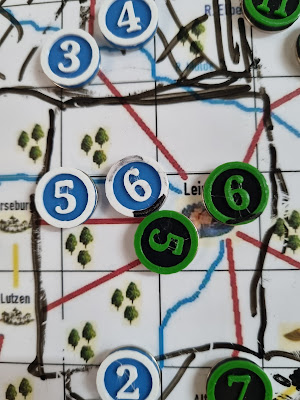 The allies hold the city and deploy on the other side of the river. The French deploy their columns ready to march forward. The Russian cavalry is sent around the flank to stop the French reserve moving onto the allied right flank. 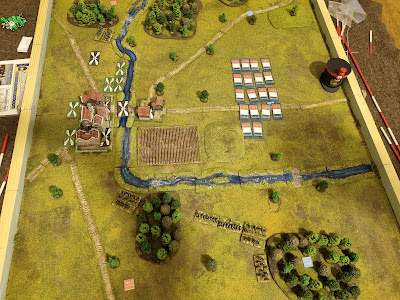 With the initial moves done the French start to march forward. 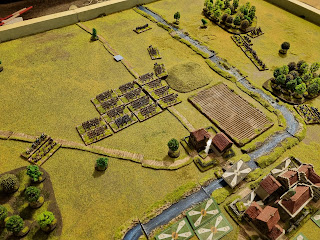 However they do so into a hailstorm of highly effective Russian and Prussian artillery. Ney's troops start to fall in droves and even the strong attack into the city is repelled. 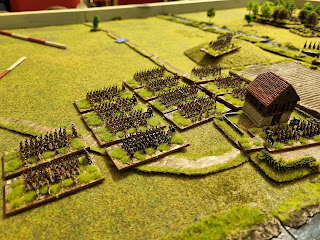 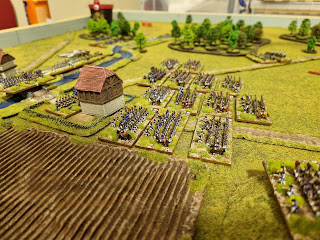 Eventually those losses become too much. The French have hardly any fresh troops remaining and the chances of actually taking the city look very slim indeed.
Finally the allied cavalry decide that they can actually make French defeat a surety by circling and taking the objectives on the French side of the battlefield. With the only French cavalry unit already retired after taking heavy losses from Russian horse artillery the French commander decides enough is enough and starts to retire his troops from the battlefield. 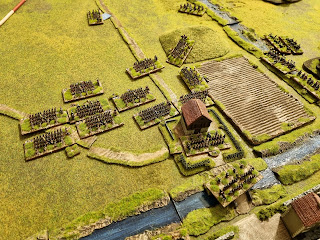 The Prussians and Russians have held Leipzig and pushed the French back to Merseberg for no losses at all. The French have three units now understrength as a result of this battle.
The allies decided to continue to hold Leipzig as it is key to so many ways into Germany proper. 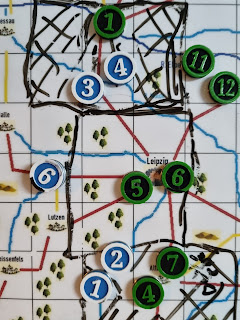 The next battle promises to be quite large so we'll need a whole day to play it. Unfortunately my weekends in April are all booked up so we'll have to wait until May before continuing the campaign.