Blücher- 2nd game - First time out for my French

We played the Across the Danube scenario again, with French and British rather than French and Austrians. This time I got chance to see what it was like as the Attacker.

The board we played on was the correct 24BW x 16BW and it made a massive difference to how the game felt. The sweeping cavalry flanking charge we had in our first game was not possible.

I did get a flank movement in, but Ed managed to build a good defensive line against it so I decided to attack across the river on the other flank. Low MO rolls meant that I didn't get the open flank attack to move for quite a few turns. It did so after the attack across the river finally succeeded having cost the corps on that side and also my reserve corps.

In the end Ed needed just one unit to be destroyed to win. There were several tense turns and I managed to get him so I just needed two more units and it looked like I was about to succeed when he managed a devastating assault on a light cavalry unit of mine. Ed won.

It was a wonderful battle with a real sense of commanding a large army at the highest level. We'll be playing another game very soon. In the mean time I have another game booked tomorrow night against Gerald at COGS.

I'm also rather pleased with how the terrain has come together, though I'll have to do some work to blend the hills into the base cloth. That will have to wait until after the next game however. 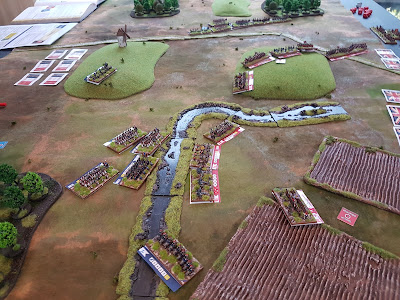 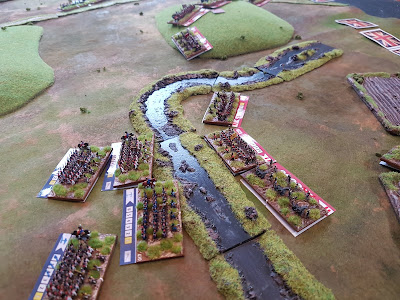 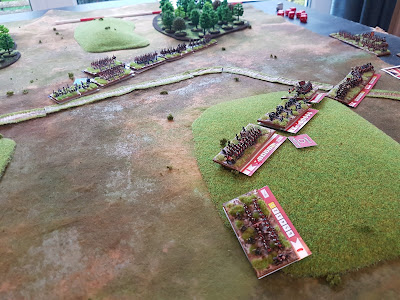 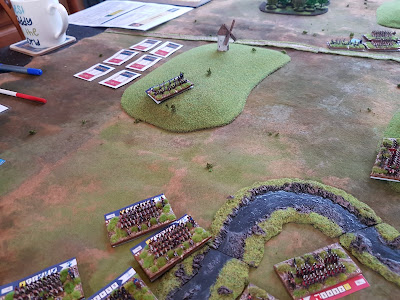 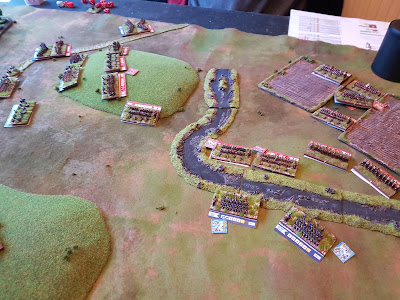 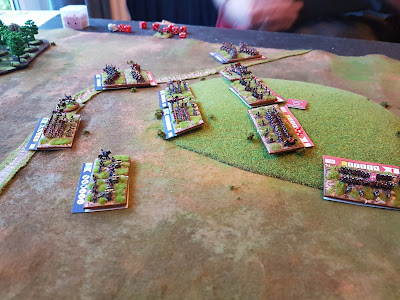