A couple of weeks ago myself and Steve got a game of Man O'War in. We'd stopped playing for a while as we'd found that we never got games finished in a COGS night. Well this time we managed far better despite Steve being very late we got the game finished in plenty of time. The reason being was that we used a scenario.

After the game we decided that we really should play it more and I looked at my box of ships. If we were going to play then I was determined to get the Chaos fleet painted for the game. So with that in mind we set a date and that date has made sure that the fleet has been completed in plenty of time.

In addition to the Plagueship and 3 Plaguecrushers I had before the full fleet consists of 3 Nurgle Deathgalleys, a Bane Tower of Tzeentch for my Chaos Wizard to sit in and a Khorne contingent consisting of a Bloodship and 3 Khorne Deathgalleys. The Deathgalleys are actually just converted plastic Wargalleys from the basic set.

I'm really pleased how its come out! 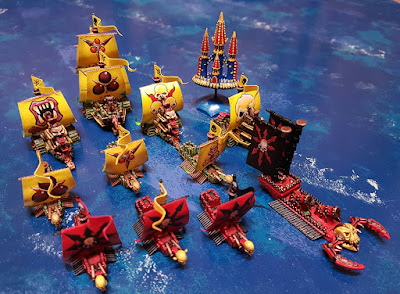 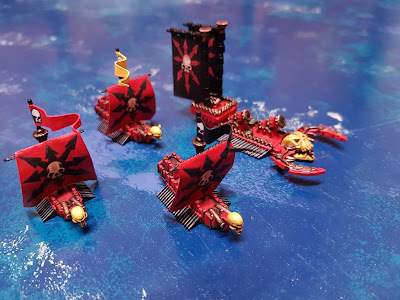 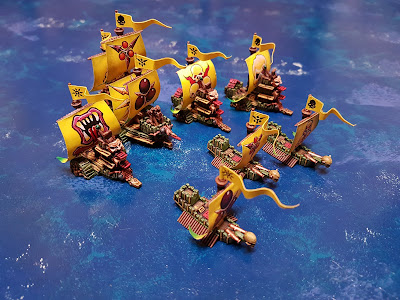 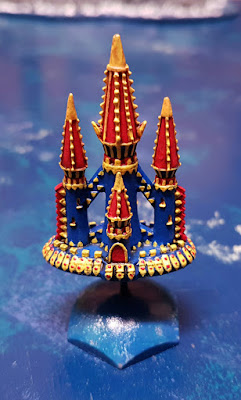