Wars of the Roses progress and other projects

So I just completed Edward IV and a unit of Billmen taking me to this: 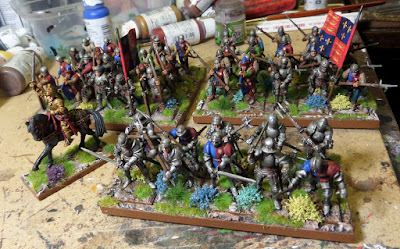 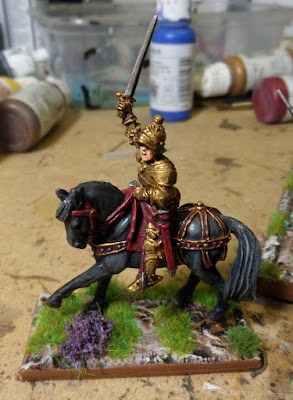 I'm not sure whether to paint the next Bows, Bills and Men at Arms also in the royal livery or whether to move over to one of the other lords I have Hastings or Fauconberg.

Anyway, before I get on with that the Coastal Castle project has had me looking at Langton's Napoleonic Naval again. I found some I have had in their packets for 20 years and started them off. 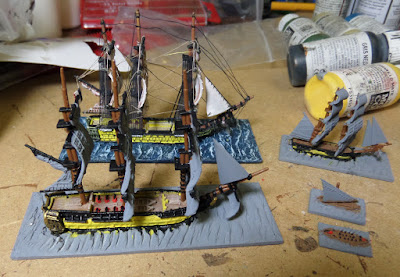 The ship in the back is one I completed 20 years ago.

But then to top things off we have a Necromunda campaign planned at COGS and being a newb to the game I have needed to get myself a gang. Rather than the old GW models I was drawn to Heresy Miniatures' Sci-Fi Gangers, which are perfect to be used as Delaque. So far all I've got done is build them up... 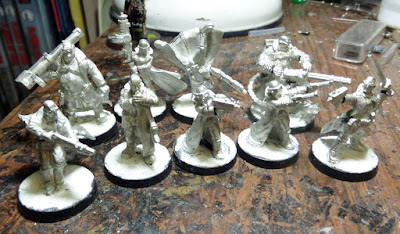 Email ThisBlogThis!Share to TwitterShare to FacebookShare to Pinterest
Labels: Kings of War, Napoleonic, Napoleonic Naval, Necromunda, War of the Roses