Tonight saw the first Man O'War game at COGS for a very long time. My Dwarf fleet versus Steve's Elves on the new sea boards with the coastal castle I've been building recently.

I was unfortunately soundly beaten by Steve's Elves, wasting my Man O'War cards far too early and foolishly deploying my force split up.

It wasn't all plain sailing for Steve though, with the wind turning directly at him in a couple of turns. Though the fantastic save rolling of his Dragon ship and the terrible save rolling of my Dreadnaught did rather help him! 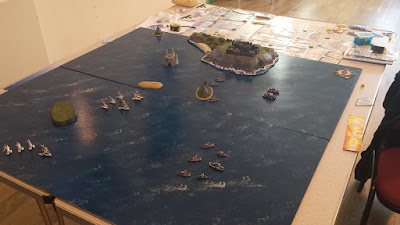 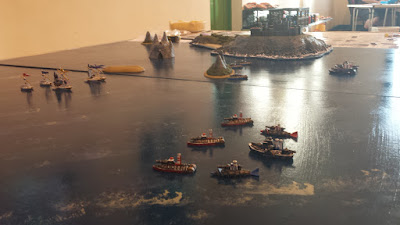 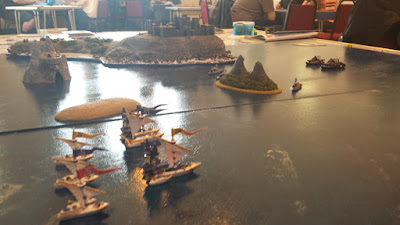