I first planned to start this about 2 years ago and got everything ready apart from a few extra units. Since various lock-downs occurred and diversions to other projects and hobbies I only finished painting those last few units a few weeks ago.

With a Dales Wargames meet today offering a rare chance to play for a whole day it was possible to start the campaign.

My son, Brendan, took control of the French, with help from David, and Gerald took control of the Prussians supported by myself with the Russians. The campaign is based on the same system and maps as used here, though with the order-of-battle based off my own interpretation of the lists in the George Nafziger book, "Lützen and Bautzen". The French have to have a decisive battle and get some of their troops off the east edge of the map.

After a few initial turns of movement the map looked like this. 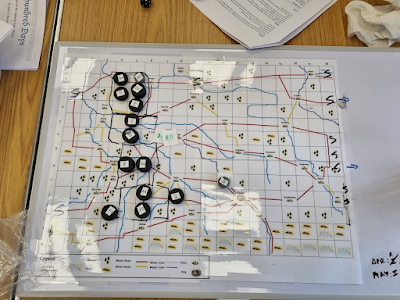 The Allies had declared 4 battles in an attempt to block the French movement. The columns marked with A are Allies, F are French.

We decided the play the second from top battle involving F3 and A1, with A10 and A11 as reserves. This would actually involve Napoleon and his guard attacking 2/3 of Yorck's Corp with Tomassov's Russian guard and reserves coming on as reinforcements.

The terrain meant that the Prussians were defending the town of Wittenberg, with most of their forces on the far side of the impassable River Elbe. The only way to them was through Wittenberg or across a pontoon bridge further upstream. 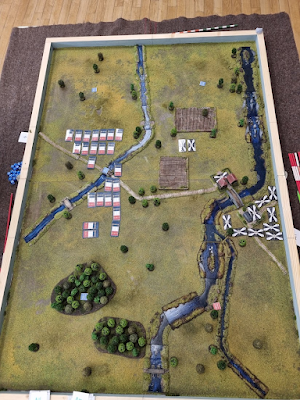 Initially the Prussians were fighting to save their lives and hold ground. Some valiant landwehr held the French guard cavalry. The French needed to destroy just 4 Prussian units before the Russians could arrive in order to win the battle and take control of all the board. The French however, had the problem that their supply-lines were cut by Prussian units. Any lost units could not be recovered at all. 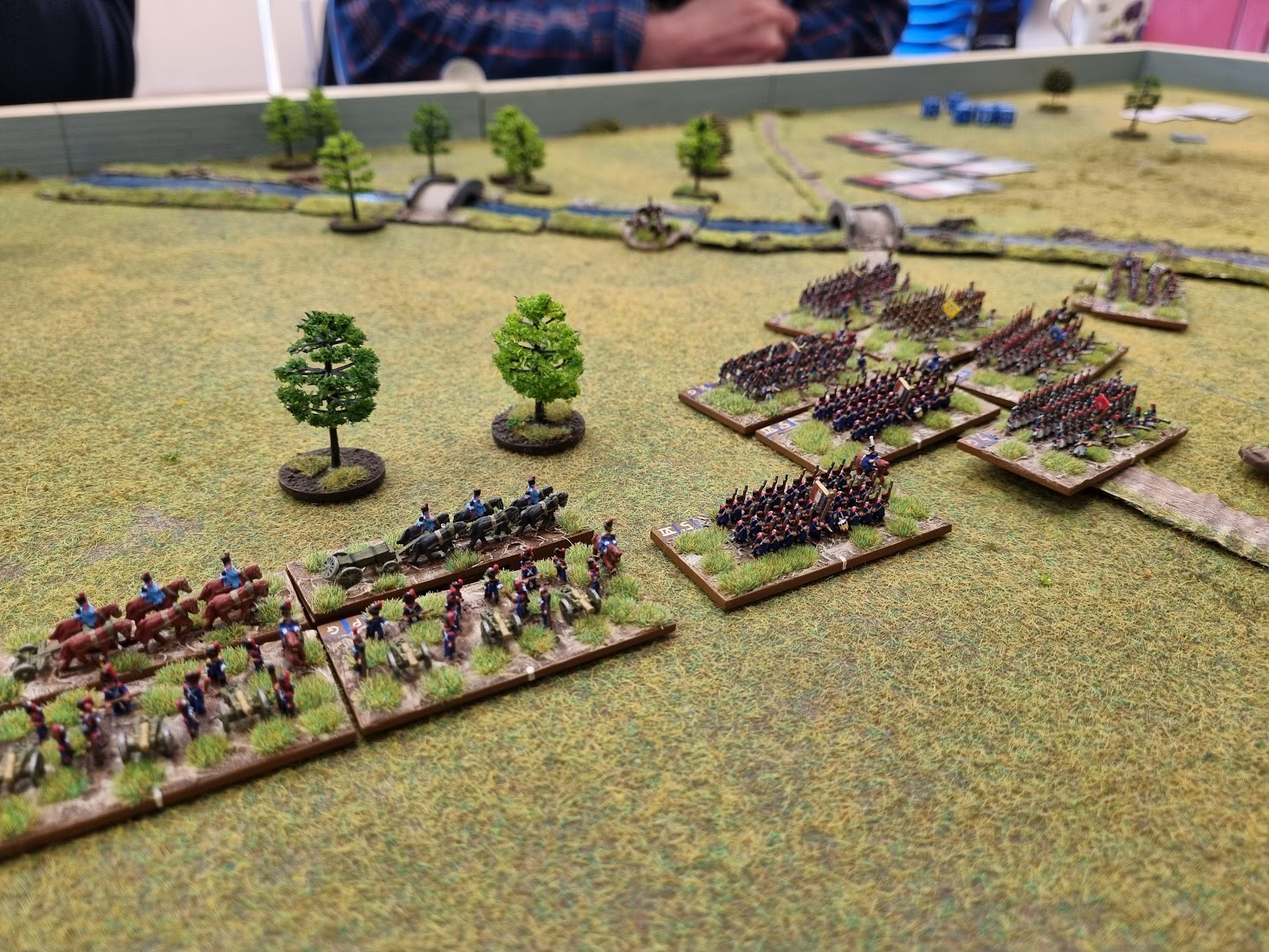 Then the Russians arrived on the eastern side of the battlefield and the objectives changed. The French changed direction and moved to block the Russian's advance with squares of infantry. 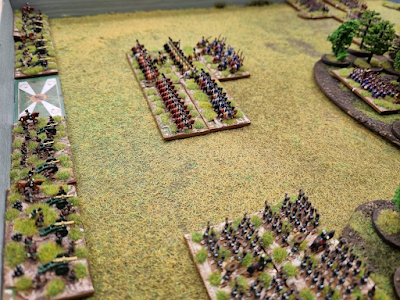 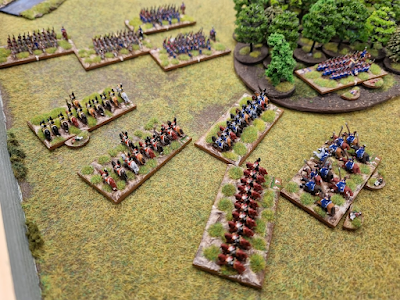 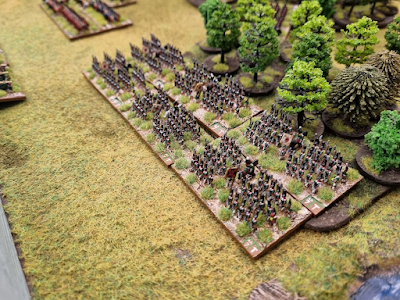 The French guard managed to charge the Russian guard and grenadiers as they advanced through the woods and damage them significantly. However the Russian cavalry and artillery managed to destroy several French infantry units completely. They are now out of the campaign.

Licking their wounds the Russians retired from the battlefield. As the afternoon waned the French ceased their attack and both sides re-organised.

This was a great start to the campaign and we're looking forward to getting more battles played soon.