Though not the reason for getting the printer it was inevitable that I'd make some additions to my medieval city with it. There are so many free and paid-for designs available.

Right back when I first looked at getting extensions to the Dungeon I had considered 3d printing as an option, but discounted it because the Hirst Arts option was so much cheaper, easier and faster. This is true even now and unless I'd already got the printer I'd not be doing this.

So anyway, I have chosen to print up a couple of test pieces. The first is the free design from the City of Tarok Kickstarter by Black Scrolls Games. This stood out to me because it seemed well designed and looked pretty... plus was free. I had to split the model up because the build-plate on my printer is just slightly too small for it. This I first tried in Blender, but really struggled. In the end I used Meshmixer and that was a lot easier.

It's a great model with slots for window glass and movable door. Although it does have internal detail for some reason the chimney does not have a fireplace! It has painted up nicely and should fit in well with my other buildings

However because of this lacking of internal detail that also seems to happen with some other ranges and the issue with having to split the model up I doubt I'll be making more of this range. 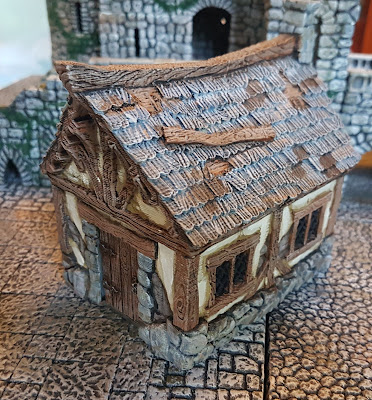 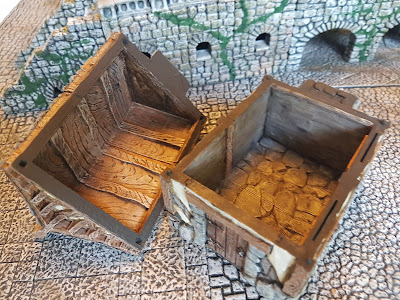 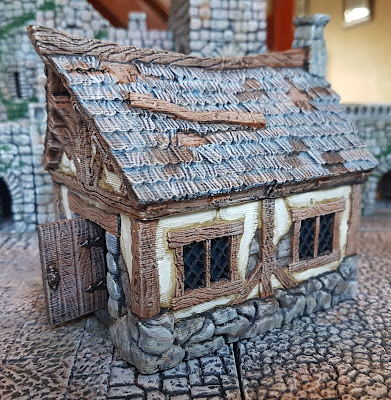 The other thing I've been looking for was a castle set. For this I decided to give the Rampage Castle set from Printable Scenery a go. This is a modular set. You print out individual sections and fasten them together with some special clips. The system is called OpenLock and the basic structures are Open Source so anyone can make stuff to work with it and put their designs online. As a result there are a lot of options available.

I have started with their basic tower, the parts should be able to be used in other designs. You have to purchase sets of files to make the pieces and this is quite expensive to start with, but I've become quite addicted to making these. I expect that I'll be making a lot of this over time. Each piece is small and has a short print time making them ideal for sneaking in whilst I'm in the house rather than the 11 hours plus print times of some other buildings!

Again there are moving hatches and doors in the designs. I've painted the tower up to match my Hirst Arts stuff and I think it looks good. 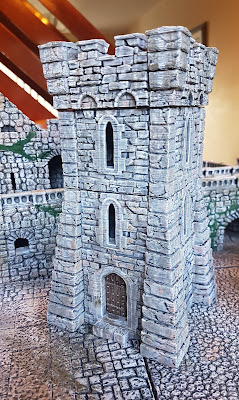 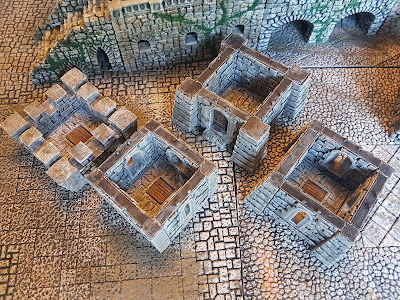 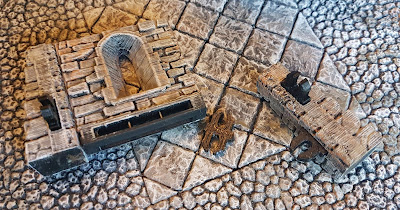 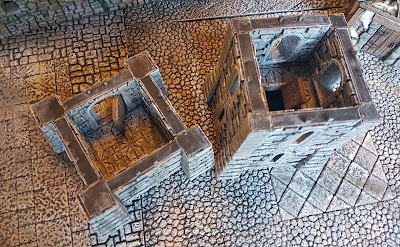