I spotted these 1/1000 Naval Forts on the Brigade Models stand at Robin earlier in the year.  I bought them with the intention of using them as "Shoreforts" for use with Man O'War. A bit nicer than the cardboard templates in the game.

When it came to painting them up I did my usual Google search and found that someone had managed to put cannons on them. These are not usually supplied, but I eventually found them in the "ACW Coastal Forts" section of the Brigade Models shop, here. They're lovely little cannon and despite being obviously too late a design for the fortresses certainly add something.

On painting the forts I could see striations in the surface texture which indicated that these are originally 3d models, despite being cast in resin.

Anyway they painted up lovely and fit in great in our Man O' War games (and also in Napoleonic Naval). I just wish I had reason to buy more of this little scenery. Brigade have such a wonderful range! 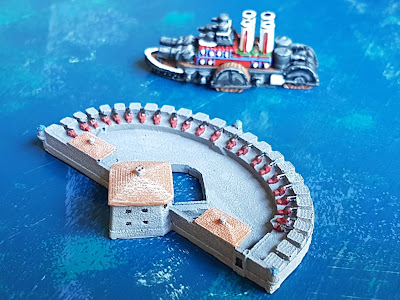 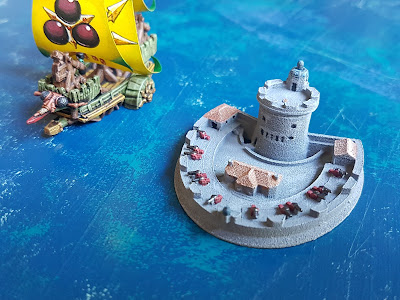