The weekend before last we put on one of our huge games of Kings of War at the Robin show. This was probably the largest we'd ever done. With 5 players per side on our 16ft x 6ft table we had 32,000 points per side using the rules on the Kings of War Big Game page.

This game was a real turning point for us. We've certainly reached the limit of the size of armies we can use on that size table with the number of players. In fact we've almost certainly gone beyond a practical size. There were so many troops that there was no room to manoeuvre and we only managed to play 4 turns, not really reaching a satisfactory conclusion.

So it's time to start restricting the amount of stuff we use rather than just putting everything we own on the table. With that in mind we've put together some rules of thumb to follow:

So, the plan for the future will be:

With that in mind we look forward to the next big game... Here are some photos from Robin. 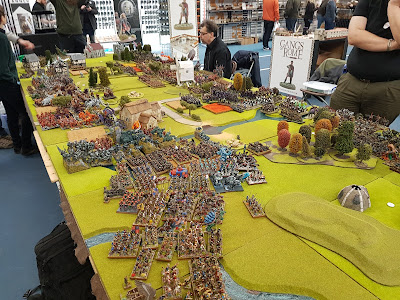 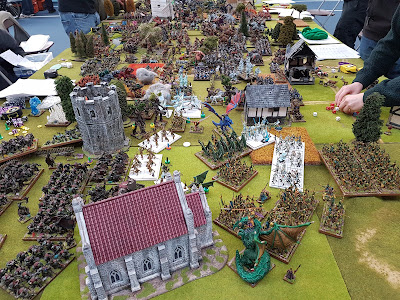 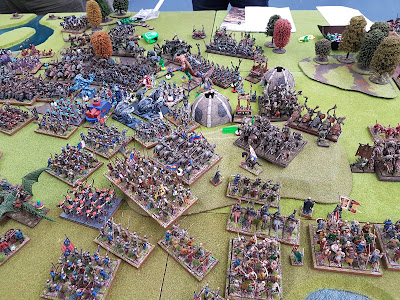