I've been playing a few games of Deadzone recently at the club against Andy. And I decided it was time to finally get some of the Plague models I've not touched since the first Kickstarter painted.

I also recently received the Warpath and Firefight rules from the Kick starter for that. I didn't get any of the models just the rules. Now I have them I have plans to make a Plague army for the Firefight. These are very similar to the Warpath rules but don't require as many models. Effectively they are the next step up from Deadzone. As such I don't actually need to get that many more Plague models.

But first I need to get what I've already got painted. In this case, mortar team, grenade launcher, teraton and swarm. 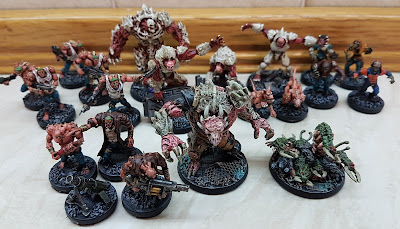 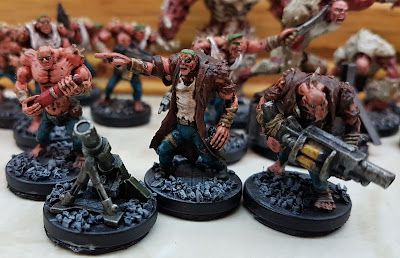 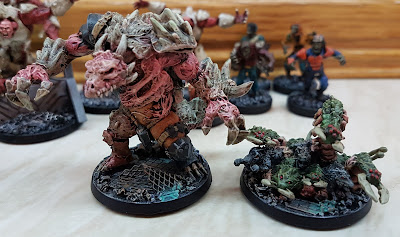 Email ThisBlogThis!Share to TwitterShare to FacebookShare to Pinterest
Labels: Deadzone