The first few units will be Edward's retinue then I plan to make some of his allies, maybe Faulconberg or Hastings. To this end I purchased some of the Citadel 6 decals for the livery badges. I must say I'm in two minds about these. Although the artwork is excellent, they are rather thick and the paint chips off on them very easily. For the cost I'm sorry to say that they're not really worth it. With improved materials I'd be buying in bulk, but I suspect I may have to move to hand painted, which I did for a couple of the partially obscured badges on these. 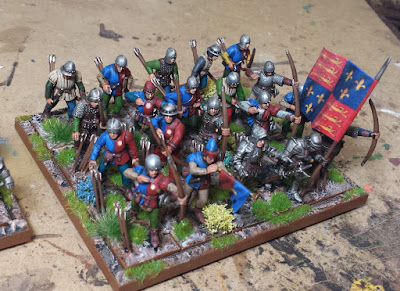 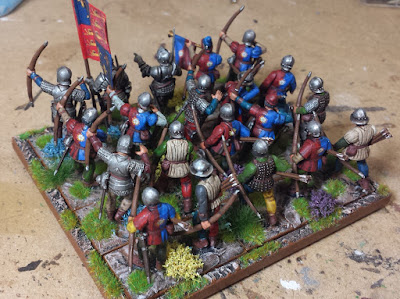 I started looking at building this army when playing some Warhammer Ancient Battles last year, however after a couple of games I soon became disappointed with the clunkiness of the rules and the tendency for power-gaming. I looked elsewhere. First of all at War and Conquest, one of the natural successors to WaB. I haven't actually played that one yet, but still rather fancy it. I also looked at DBA.

In the end though I expect the games this force will be used first with Lion Rampant and then secondly with Kings of War as it gets big enough, first as a fantasy force and then hopefully with the Historical version of the rules that has been rumoured to be in development. Whatever happens because of the generic basing I've used I should be able to use it in a wide range of games. 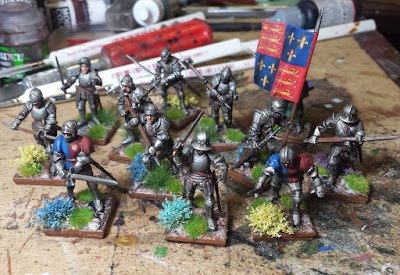 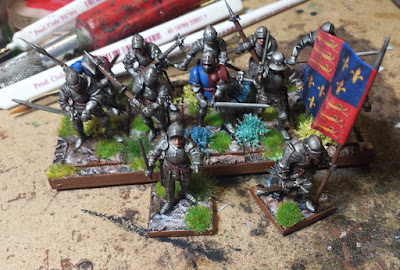 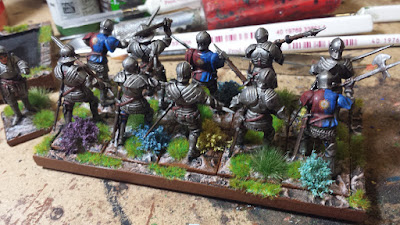