Today at Dales Wargames we played the Battle of Lützen 1813. This was using the Old Meldrum Wargames Scenario with very minor modifications to meet my available terrain and troops.

The battle sees a small French force defending 4 villages/towns against attacking Prussian and Russian troops. The forces arrive on board at specific times during the day as the battle escalates. Initially the Prussians and Russians have the advantage in numbers but this see-saws between them and the French as each turn progresses.

The key to the battle is for the Allies to push the French out of the 4 urban areas before the French manage to bring up reinforcements.

Initially the Allies push forward into the first and the largest urban area before the French can prepare. The Cavalry are useless in urban areas so move out to the left to put pressure on the French flank. 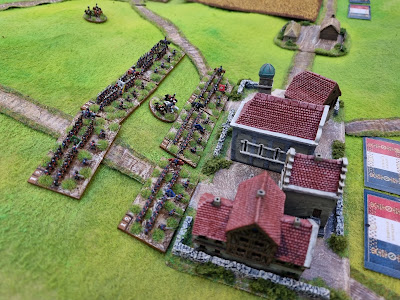 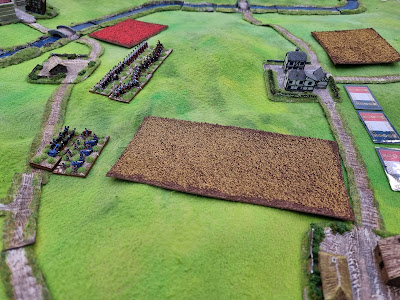 The French pull their flank back to the objective villages and get ready to repel the attack. The prussians push into the town and are initially repelled. They get a foothold though. The allied cavalry advance. 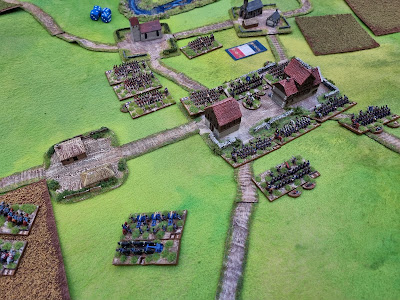 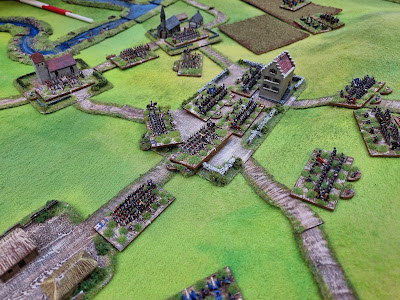 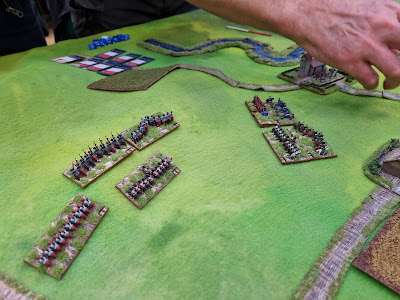 The Allies are really making inroads into the urban areas. Meanwhile the French reinforcements have to deal with the screening cavalry. Marmont's corps finds itself stopped in its tracks, but Ney manages to sneak towards the objective area. 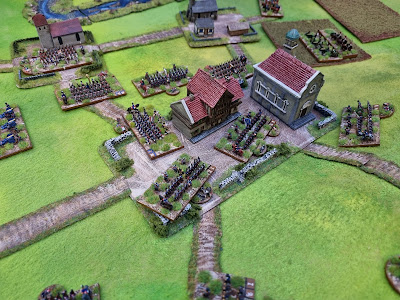 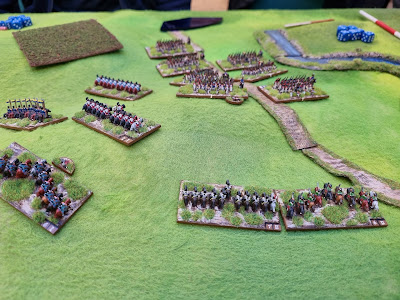 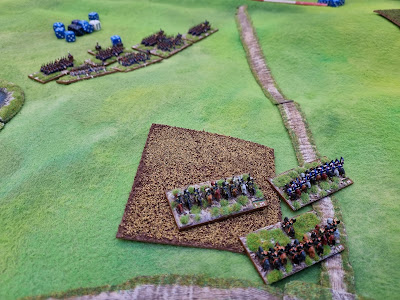 By mid-afternoon the Allies have 3 of the objectives. Ney's troops are putting up a fight for the fourth, but the Allied numbers are greater. Marmont's corps is stalled completely by the Allied cavalry and artillery. 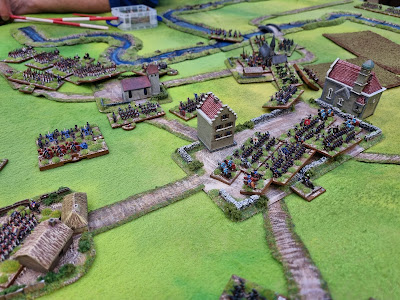 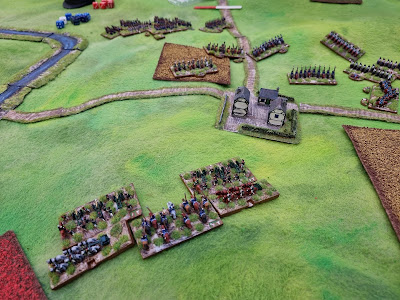 Still Ney is holding on, but still the Allies continue to push. Serious French reinforcements will arrive soon and its important the Allies have control before they do. 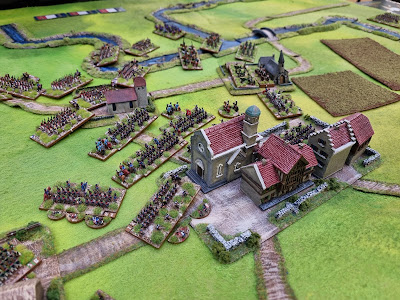 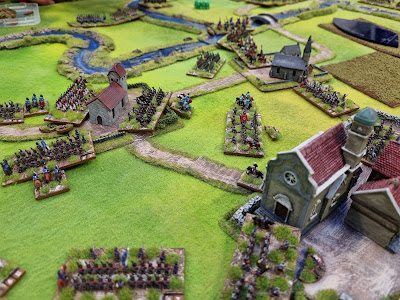 The French Imperial Guard is spotted in the distance and the Allied cavalry has to pull back. But the allies have just been reinforced by a terrifying amount of Russian artillery. The Guard can't get in to help Ney and the last of his brigades is destroyed. The Allies have all the objectives, they just need to hold them until the end of the game. 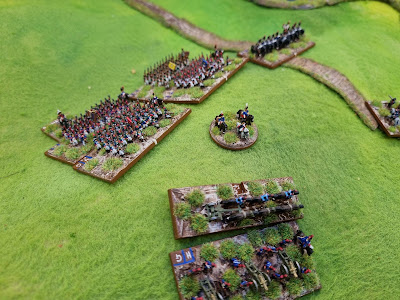 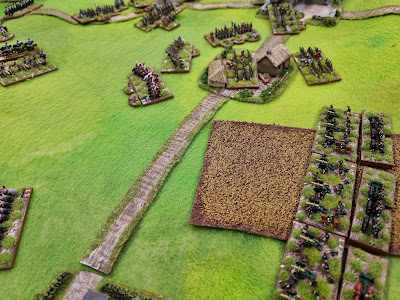 Some Italians and Croatians arrive on the Allied left flank, but the Allies have put in a defensive line and they are just too late to be useful. 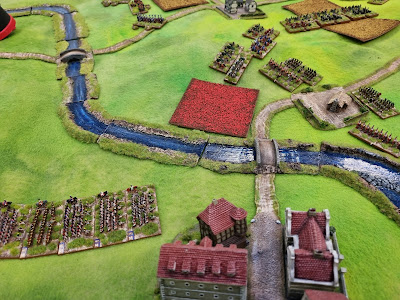 On the Allied right flank French reinforcements arrive unexpectedly. The allies quickly prepare a defence. It doesn't have to be a strong one as the day is coming to an end. 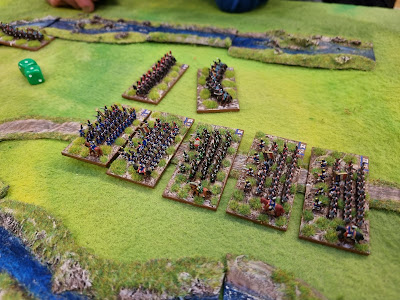 In the end despite a valiant attempt from some French reinforcements the Allies occupied all four of the objective urban areas at the end of the last turn and so won the game.
It's been a bloody battle, especially for the French. All the lost units are lined up beyond the river on the allied right flank, we gave it the nickname, "The River Styx" 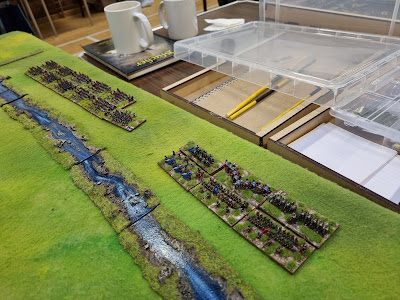 What a great scenario this is! Well done Old Meldrum Wargames. It's good job I have Dales Wargames to get to play at. This scenario took 5 hours to play after we'd set up. There's no way we could play it at COGS.
Right now I'm looking at the next of their 1813 scenarios, Bauzten. This one is an even larger battle.
Posted by Richard Heath at 21:03