It's been a little while since I've done anything with Hirst Arts. Anyway I decided it was time to extend my medieval city.

I've started working on a dockyard. The idea is to have a recessed 2ft x 1ft section with wooden jetties, small boats and water effects.

The first job was to build some base boards. I took two of the TTCombat MDF boards I've been using and turned them upside down. I put the boats on, tried out a few blocks and drew a plan. 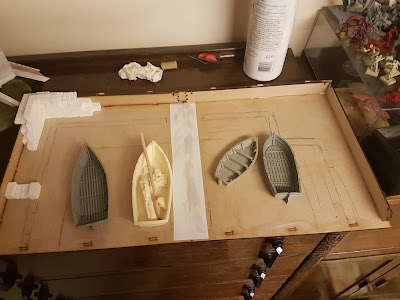 Next I needed to build up an area where the docks will fit in with the rest of the city. It took me quite a while to work out how I was going to do this, but eventually I found that blue high density polystyrene worked best. 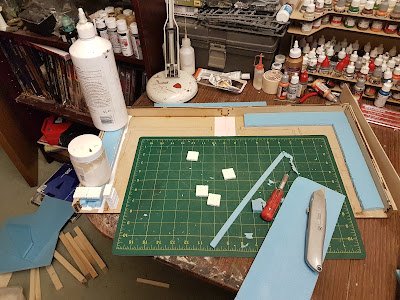 Tonight, with all that in place I've added the cobblestones to the top of that. I put it in place with some of the existing boards in attempt to get everything lined up. Unfortunately I am still going to have to sand the edges in some places to make it fit. 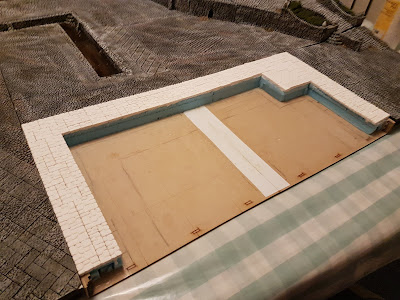 Finally tonight I started work on the walls of the docks. In order to keep them straight I'm building these up on an acetate sheet. I'll have to lift these off when they've dried and the they should slot in place nicely. Maybe that'll be tomorrow... 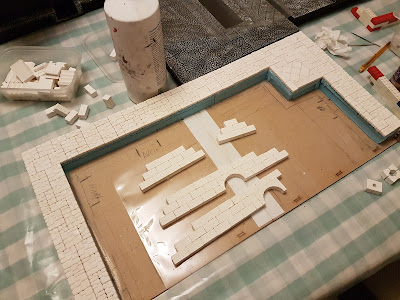