So, with 1813 on hold awaiting minis it's on with the English Civil War.

I considered for quite a while whether to do a single rank or double-up for these. Whether to spread the minis more conservatively over the bases to make more units. In the end the desire to make impressive forces won over and I've gone for 2 ranks per unit with a separate command base. This should definitely give a better impression of mass units and I'm really happy I decided to go the slower and more expensive way. I have enough packs of Parliamentary Cavalry to make 3 more of these and a load more for the Royalists... 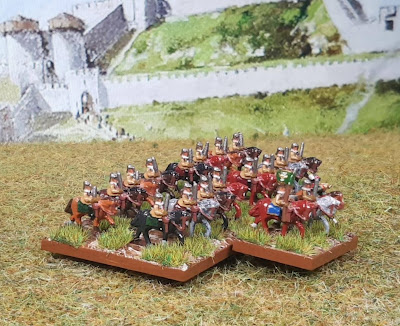 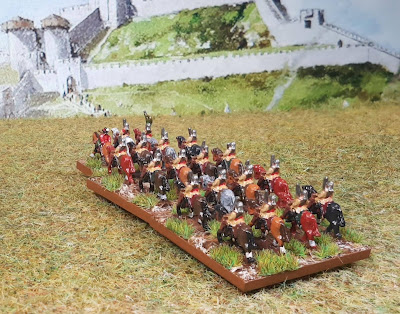 Last week I did also manage to get two more Pike and Shot units done, but not command for them. With the addition of some artillery and command for all these I will have a 500 point small starting force to try out Liber Militum : Tercios. Of course I do also need to paint some Royalists as well! 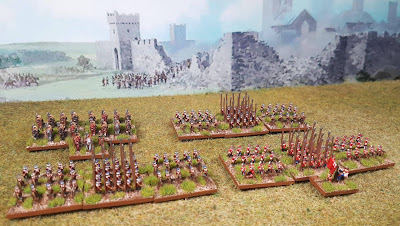