Having painted up the first part of my Russian Napoloenic army I really needed to get some buildings ready that were not Spanish. After all fighting with Russians on the Peninsular would be really silly.

I had bought some Total Battle Miniatures buildings earlier in the year and they have been sat on the to-do shelf since then. The time was ripe to get some paint on them.

Of course now they're all finished. They're from the Big Battalions, Black Powder Europe range and I'm very, very pleased with them. Loads of detail and the rubber town bases are great!

These bases should do okay for something town-sized in Blücher. For a city base I think I'll make something myself to take these same buildings. 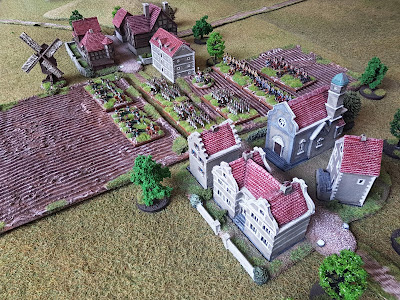 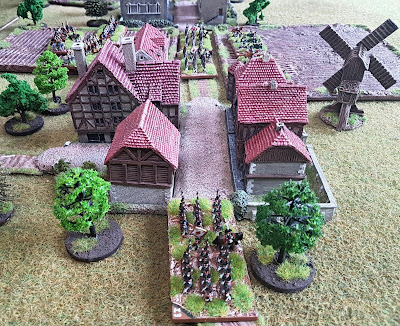 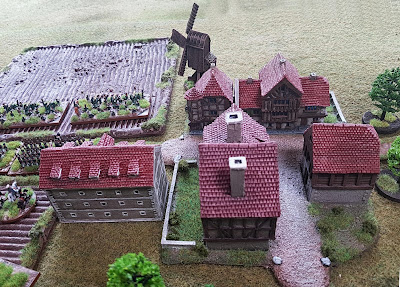 I've made some inserts to be used in the town bases for when I have to remove a building or two to make space for a unit base. Conveniently the holes are 30mm x 30mm and so match the bases I was going to put my artillery on. In the end I put the artillery on the same base as everything else 60mm x 30mm so I had enough spare. 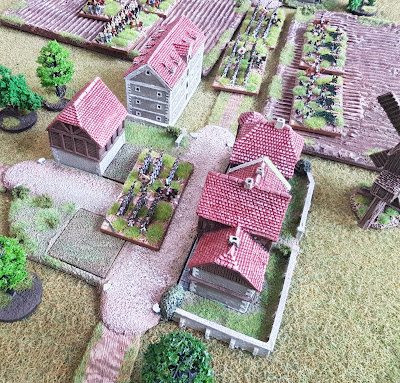