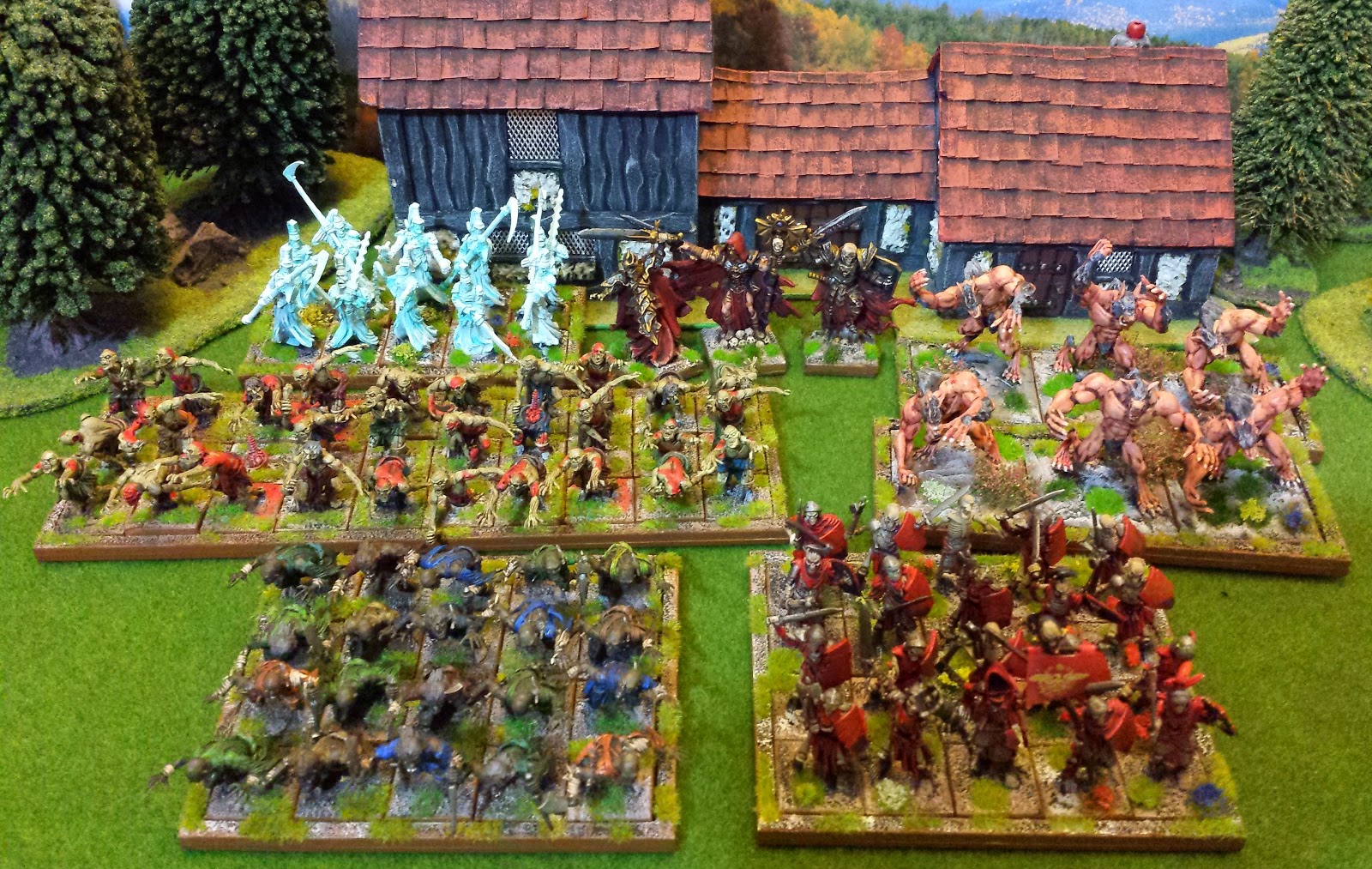 Read more »
Posted by Richard Heath at 18:34 No comments:

When working out my Orc army for Kings of War I became obsessed with finding a suitable giant for it as I'd always wanted to paint a giant. I went through page after page before plumping for Blorg Mudstump (by Reaper of course). He's a large metal 2-piece miniature and I was very happy to get him.

Then I played Kings of War with my Orcs several times before getting them painted. Blorg consistently performed badly, rolling poor numbers of hits and being killed too early. He was rubbish... As a result he didn't get painted.

Fast forward 11 months to now and with several upcoming games at shows I decided to get him painted. I'm pleased I did as well, he's a fantastic miniature and has been a pleasure to paint. He'll look great on the table and be a wonderful magnet for war machine attacks... 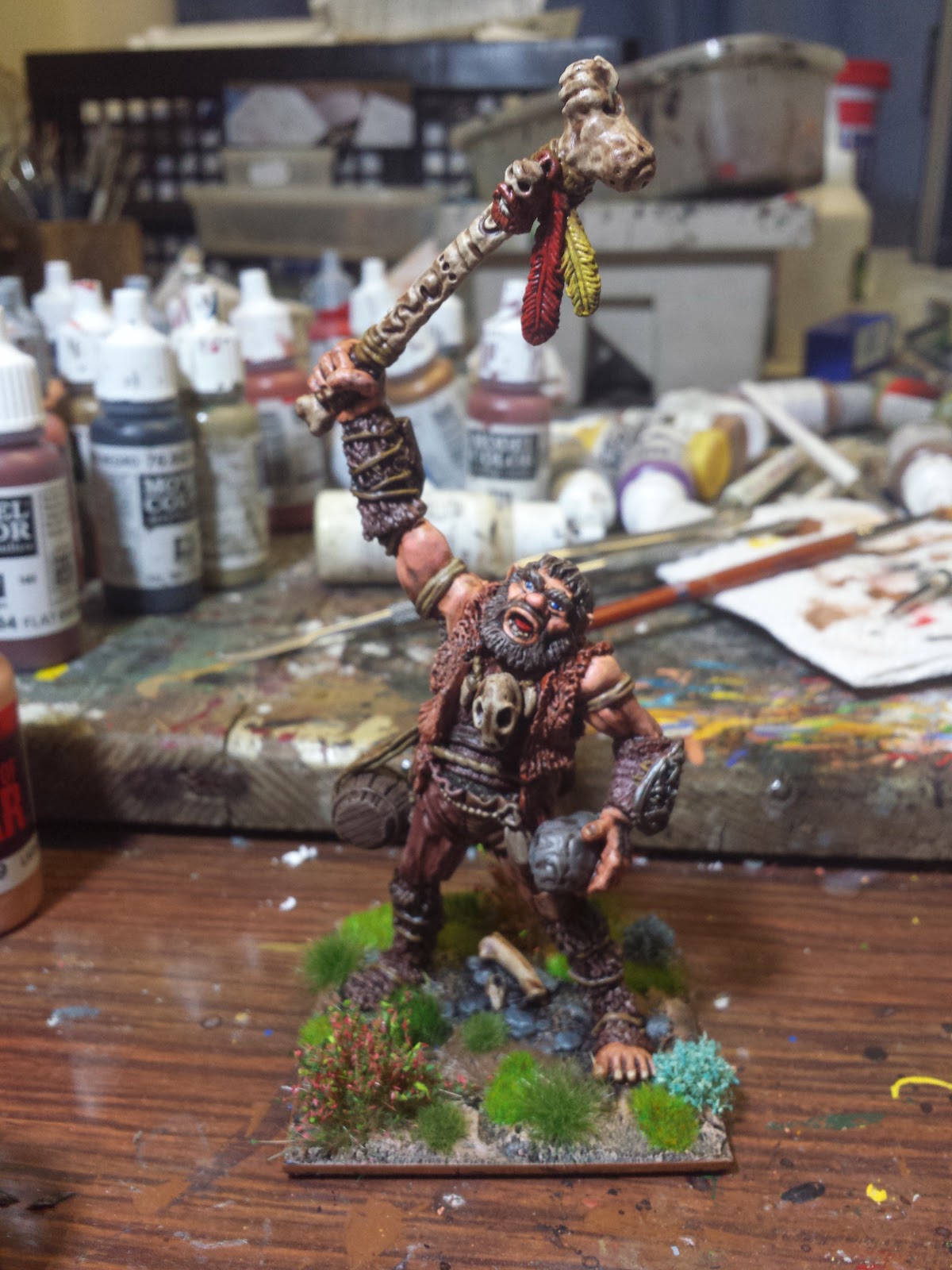 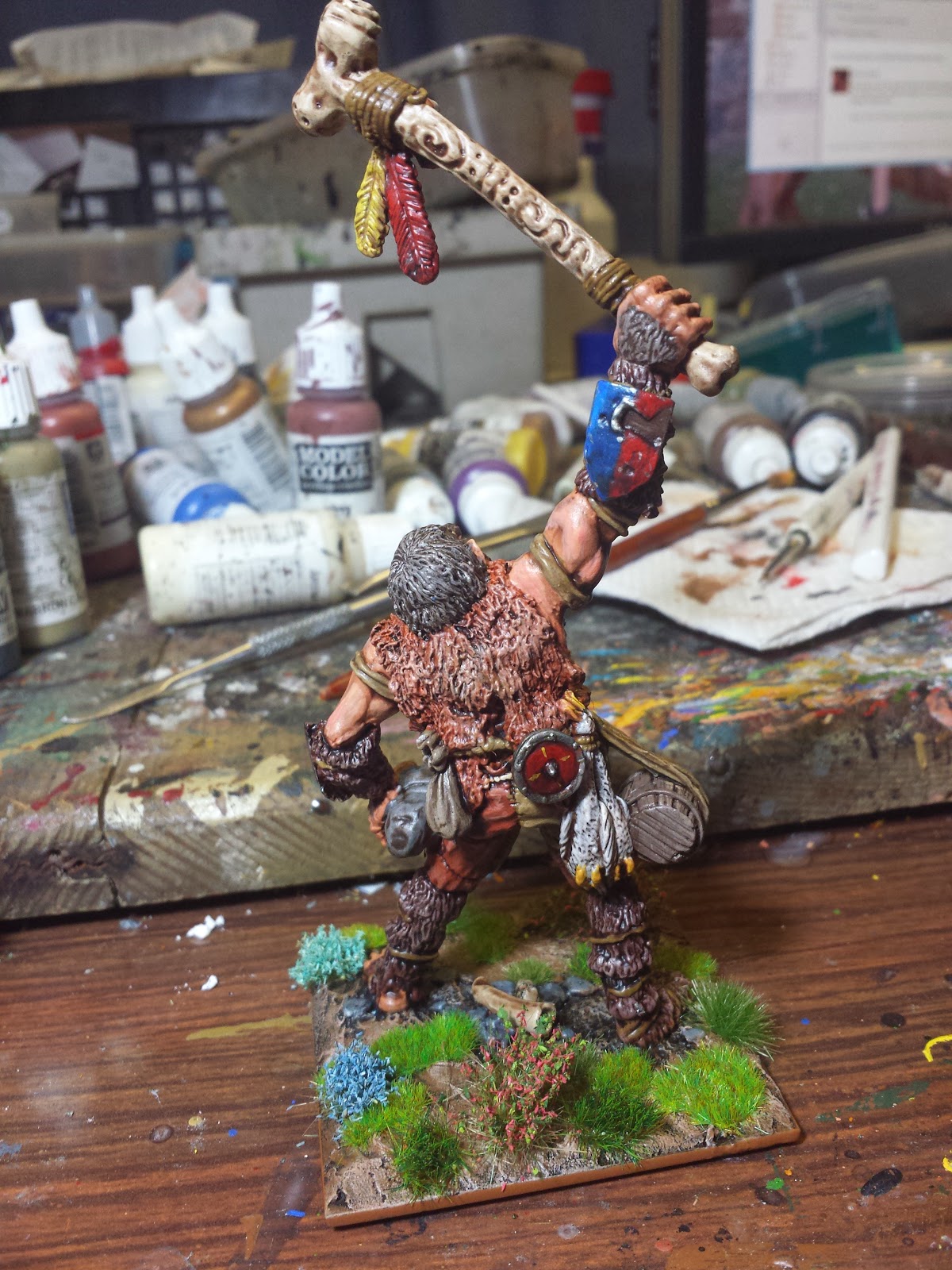 Email ThisBlogThis!Share to TwitterShare to FacebookShare to Pinterest
Labels: Kings of War, Orcs

Next in my elf army for Kings of War is the first regiment of bowmen. 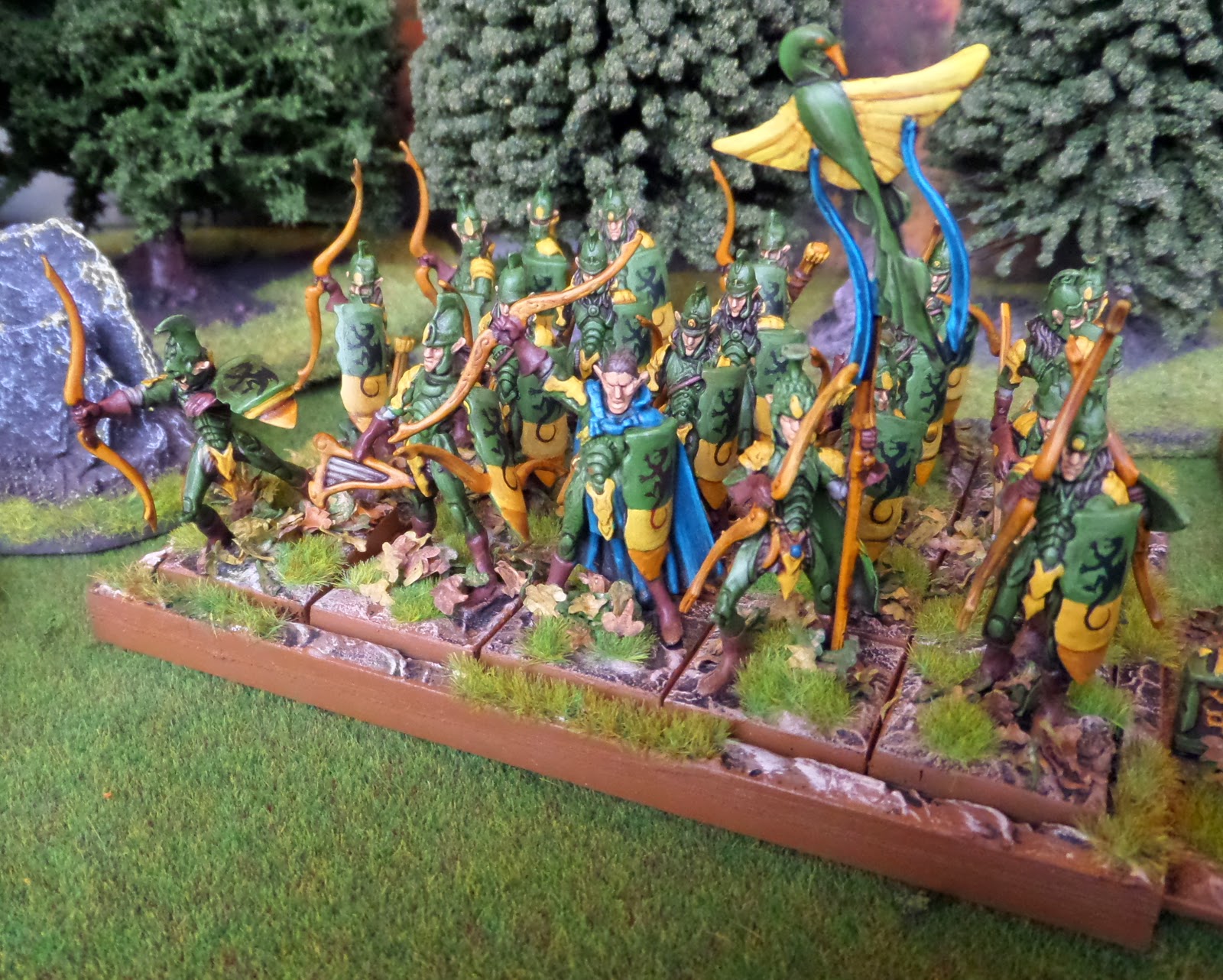 I've followed the same colour scheme as the bolt throwers and scouts, but this time I had to do some shields.

There are a lot of shields on the Mantic Elves and they are a distinctive part of the miniature. There is little to no pattern on the sculpt so I had two choices really. Find a quick and effective design to hand paint on or find a transfer.

Read more »
Posted by Richard Heath at 14:54 No comments:

So next up a unit of scouts.

Now the colour scheme is decided these were a doddle. 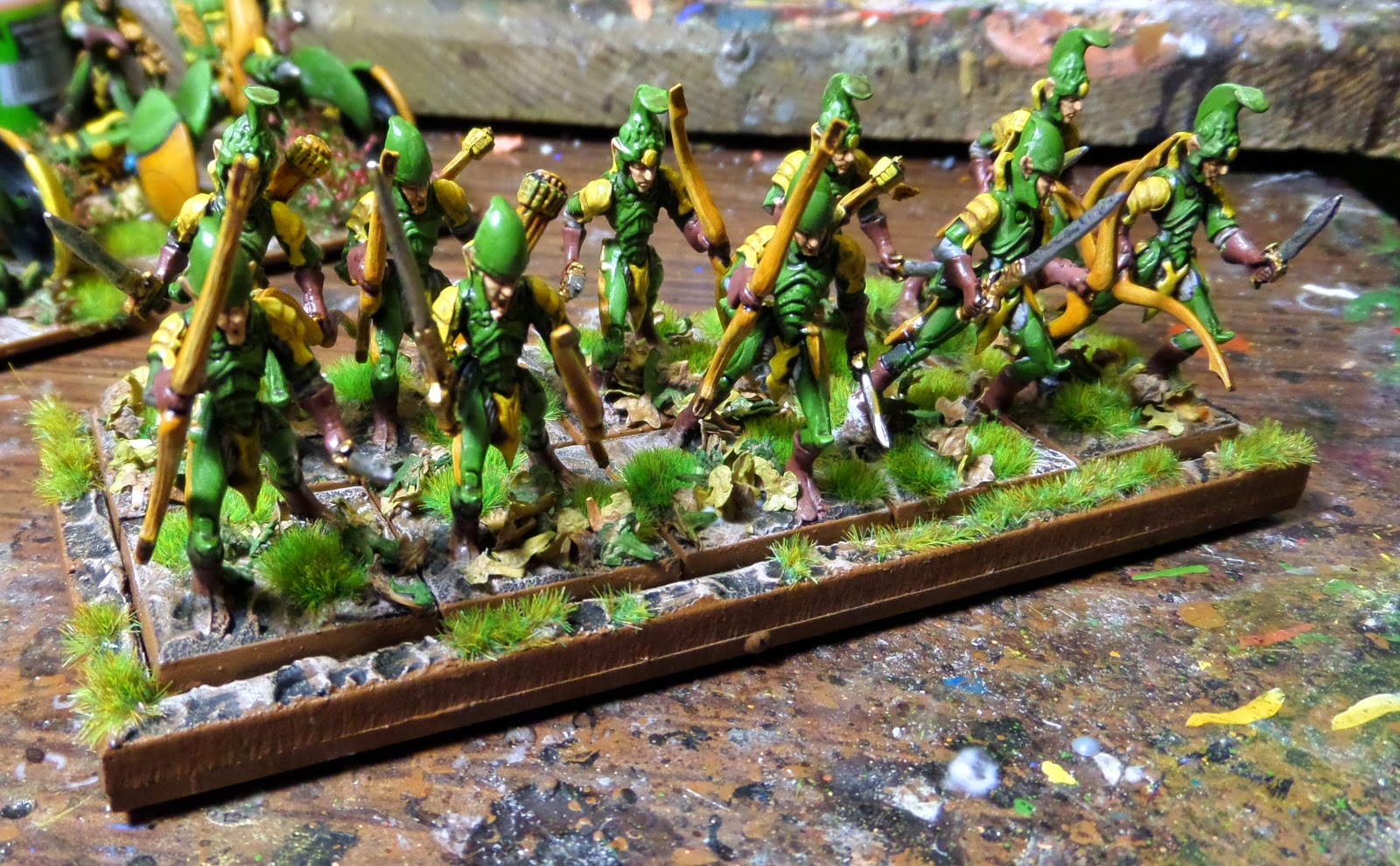 Posted by Richard Heath at 11:32 No comments:

My project for the first part of 2015 is an Elf army for Kings of War. I'd like to get some of this ready for use at the game we have planned at the Hammerhead show at the end of February.

I've collected around 2000 points of models so far concentrating on core regiments of Spearmen and Bowmen, with a couple of troops of Scouts and a couple troops of Drakons as fast troops, along with some Bolt Throwers. I'll also re-use the Forest Shamblers and Treeman from my Force of Nature Army.

You'll note I have no cavalry. This is because I've not too keen on elves on horses and my theme is a force of elves from a wooded and mountainous region where horses are not so useful.

With that in mind I've gone for a autumnal theme with greens, yellows and browns. I've started off with the three bolt throwers as these gave me chance to try out the colours without committing to too many troops at one time.

These are now complete... 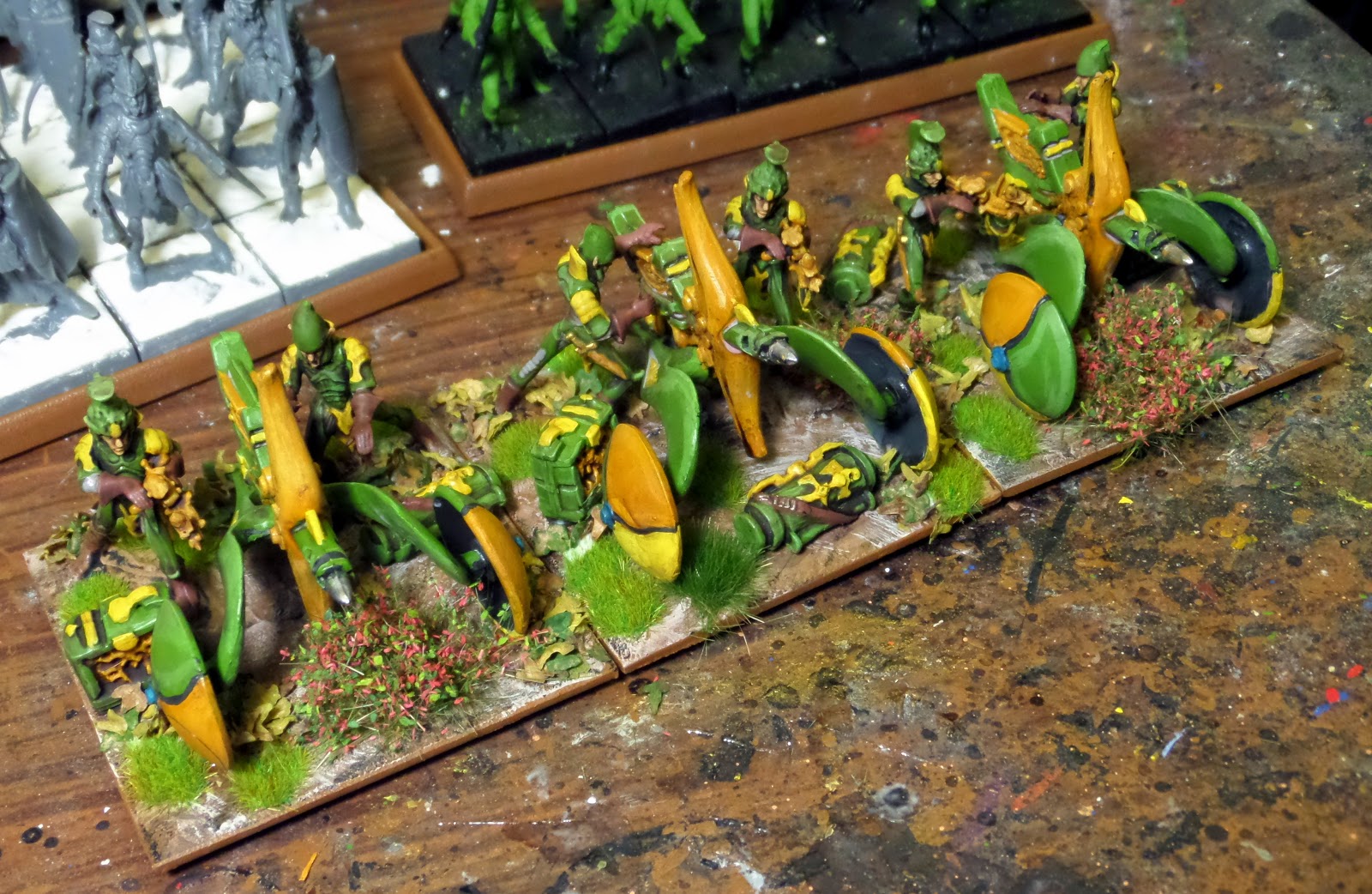 Next up is the first troop of scouts, You can see them just at the top of the photo.

Posted by Richard Heath at 12:15 No comments: 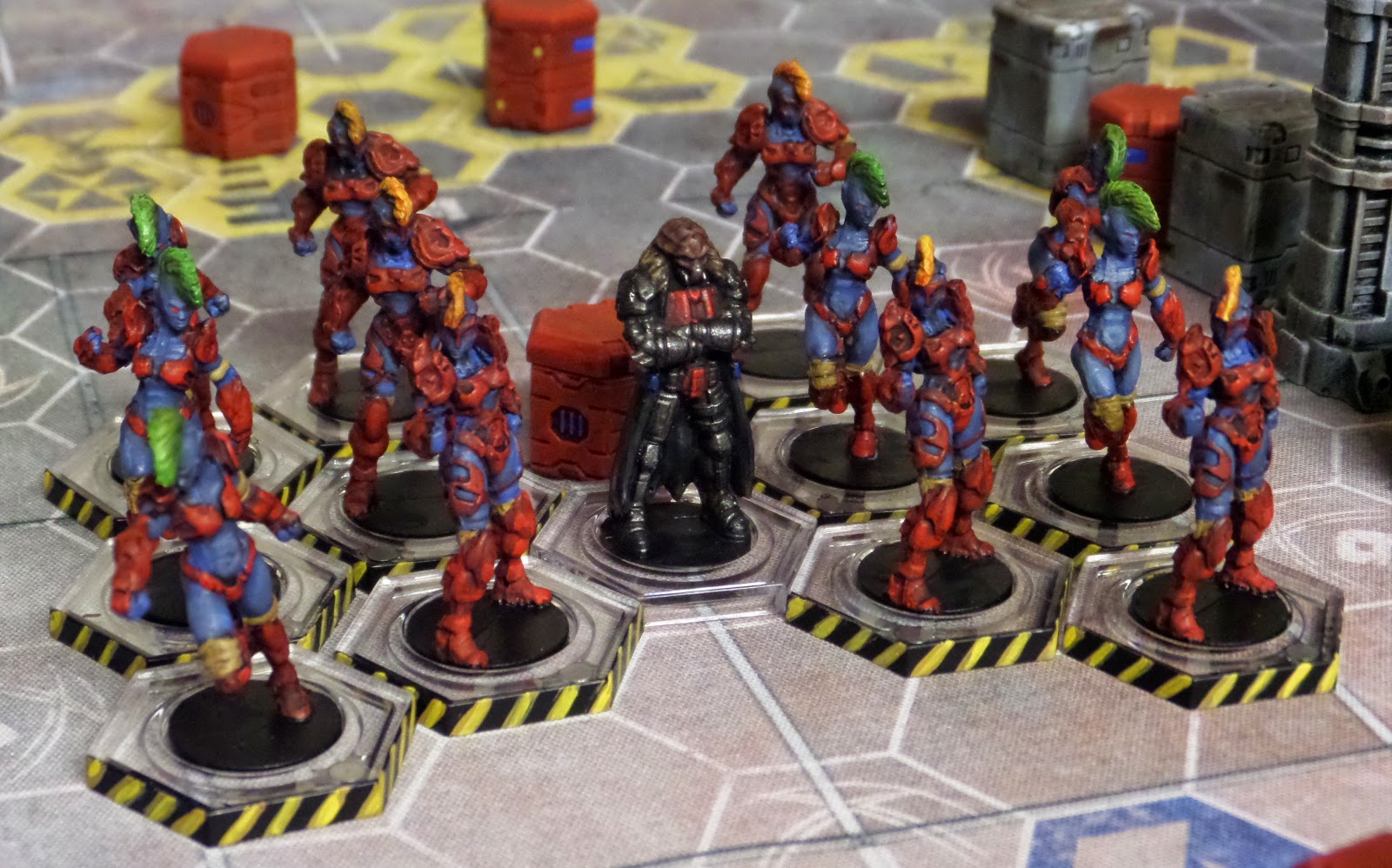 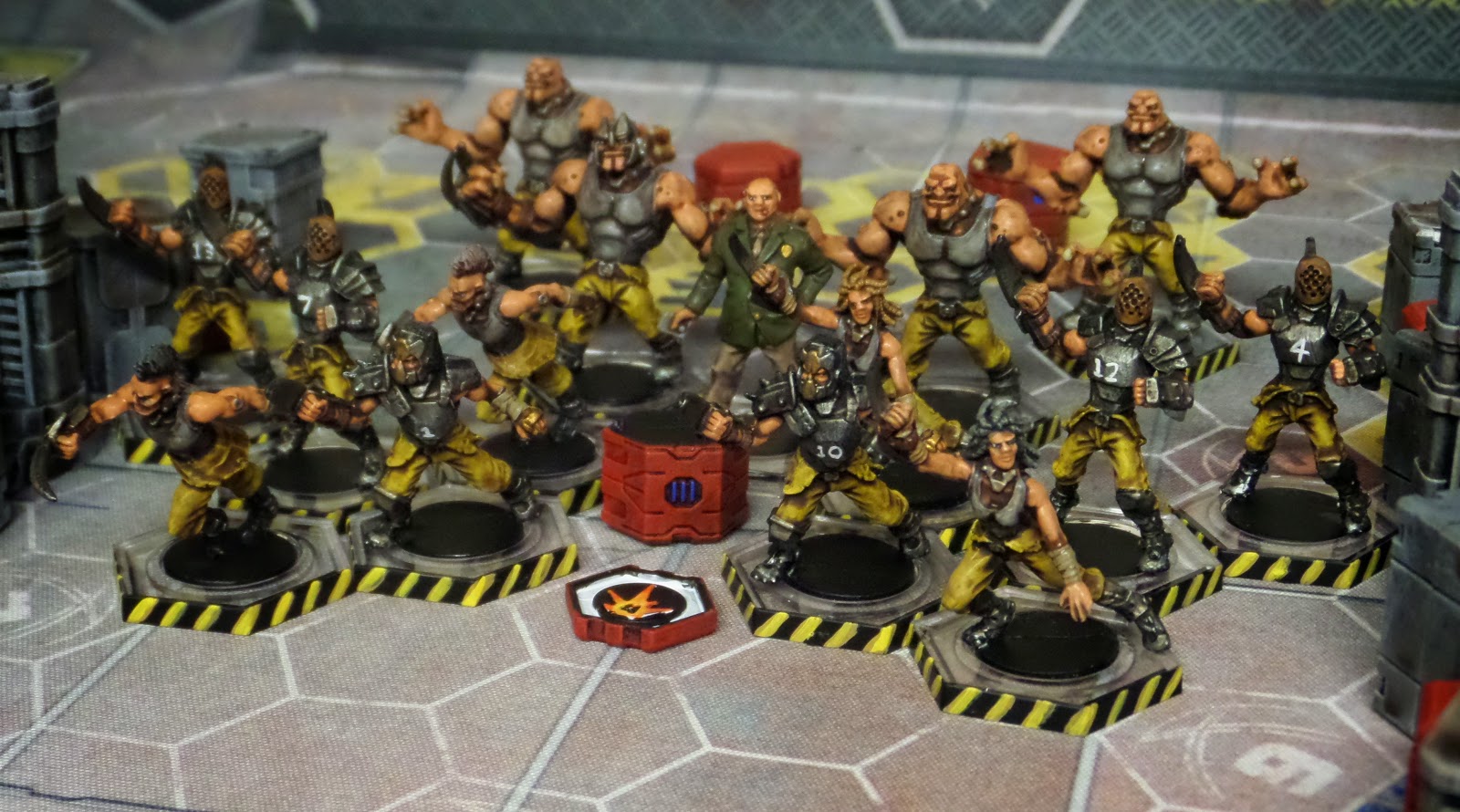