Something a little different.

I occasionally play boardgames as well as wargames. There's so many of these available now it's hard to keep track and I usually find that someone else at the club has bought the a game before me, so to be honest I just don't. However I do sometimes root around in Boardgame Geek to see what the latest thing is.

One recent game that got my interest was Terraforming Mars. It went out of print for a while but when it started to be restocked I bought a copy. The thing about Terraforming Mars is though it's pretty it's not amazingly pretty. Unlike with some games the effort seems to have gone into the game itself and not the look of it. This has given me chance to improve on that look in particular the tiles.

I'd seen various 3d printer versions of the tiles and then someone's own hand made items. So I looked in my bits box and found that the hexes I used in my Dreadball pitch which I made before starting this blog, were exactly the same size as the Terraforming Mars hexes and I had loads left over. This made my mind up.

I first created the sea, city and greenery tiles and we've been using those for a while now. Over the Christmas break I've extended the collection to include all the special tiles. Now I just need to get another game in... 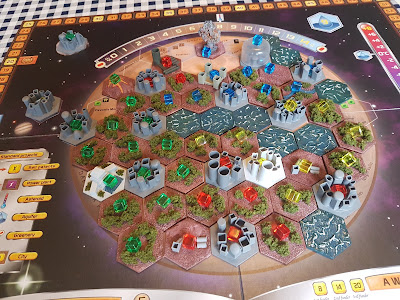 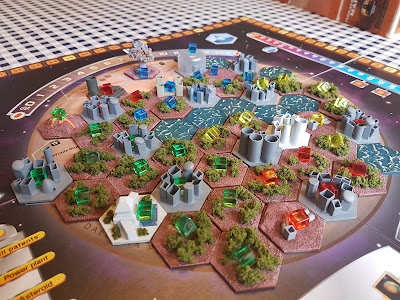 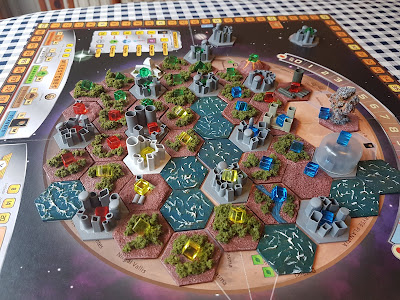 I've just finished some Burgundian Pikemen for my Wars of the Roses army.

I decided to put extra banners in these as it fits in with the masses of vertical pikes.

Here they are along with all the other parts of the army including all the fantasy elements. 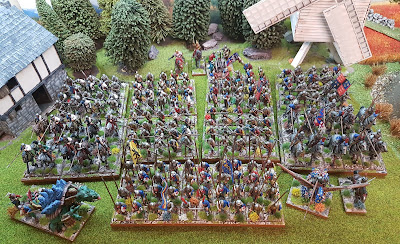 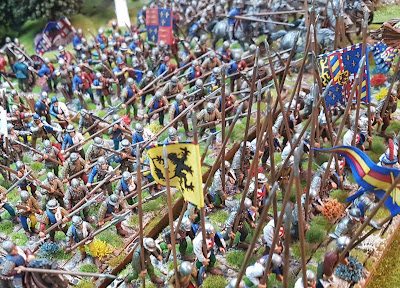 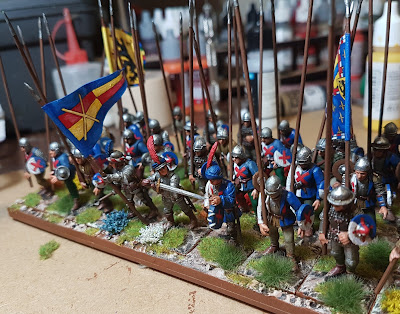 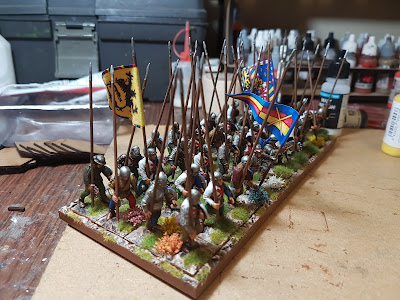 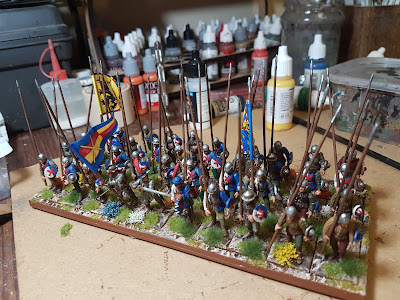 We'll be running one of our massive Kings of War games at the Robin show in Nottingham on Sunday 11th February 2018.

We have 20ft x 6ft of table space for us this time with plenty of miniatures and terrain already available. What we really need help with is players. From experience a game of this size really needs at least 5 players a side.

So if you can help please let me know!

If you have armies to bring as well, then that's a bonus, but it's not a requirement! Also knowledge of Kings of War rules is not needed.

Even if you can't attend all day then we'll be letting passing players help out as well on the day. 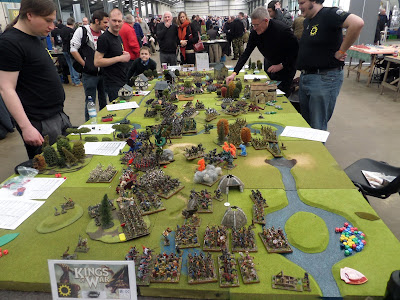 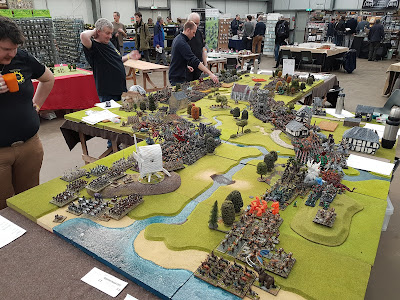 Posted by Richard Heath at 11:38 No comments: