As my all my 6mm Napoleonic armies have progressed well up towards my target of 400 points I've started to look towards developing them for a display game.

The first stage was to investigate into a possible historical battle to refight. Maloyaroslavets is lookin good as it ticks the boxes as being French vs Russian in 1812 with manageable sized forces and a good back story. I'm open to other suggestions though if anyone has any and I'll be researching more myself as well.

Next I want to make it look good. The cards in Blücher always seem to detract from the look of the battle, so if I can find a way to do without them all the better. Hidden movement doesn't seem very important in the Maloyaroslavets battle, so that leaves tracking damage and artillery ammo, as well  as prepared markers. I've started some experiments with the first two. 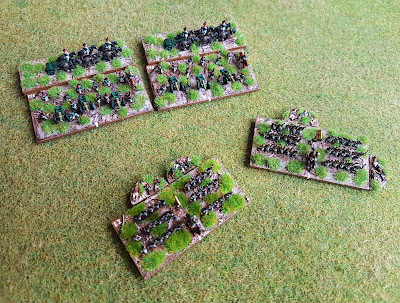 For damage markers I've decided the way to go is with casualty markers.  The normal maximum Elan is around 6, with a few at 7. So I can assume 5 damage markers per infantry base is plenty. I've decided to group these so that there are large damage markers worth 3 points and smalls worth 1. The large ones will therefore have three "dead" models on them and the small ones just a single model. These models can be taken from miscast and spare models I have.

For the large tokens I've taken 20mm diameter MDF bases and cut them in half. These can then be put up next to the units they are assigned to. Having them like this should mean it is difficult to confuse which unit they are for. For the smaller single tokens I'll do the same with 15mm diameter MDF bases. Unfortunately these have not arrived yet.

For ammunition markers for the artillery I considered many options: dice, tokens, etc... Because of the way artillery ammo reduces in an non-linear way in Blücher things are made more complex. In the end I've decided to make some limber bases with dials built in. The dials are attached with rare-earth magnets and glued in holes in the bases that come from Warbases. I have hand-painted the numbers needed on them. I put a layer of Sellotape over the numbers to stop them rubbing off. Doing this also means I'll have limber bases ready for other systems that may need them. 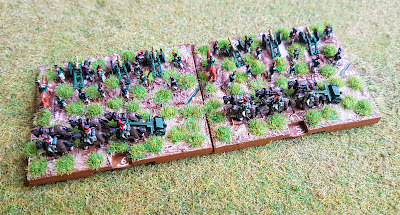 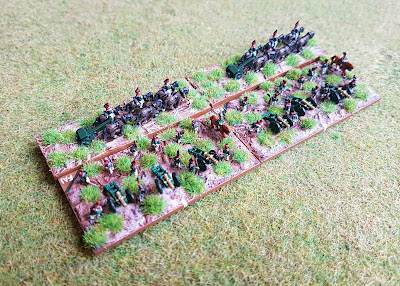 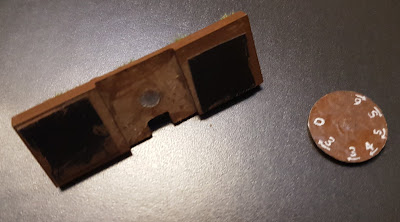 I also have been thinking about the boards and terrain. I want to build something special for the game with fixed terrain that can be detailed. I found mention of using pasting tables as a basis for this and had some in the garage I could use. However they were a bit flimsy with the boards themselves only made from 3mm hardboard. Looking around I found some nicer ones from Screwfix made from 5mm MDF and also a bit longer. These look like they'll work well as they have 30mm high sides and so can take 25mm thick polystyrene nicely. I have moved the hinges around and fitted the polystyrene.  Once I have finalised the battle I want to do I can start cutting the terrain shapes. 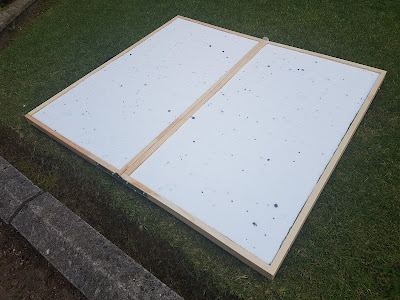 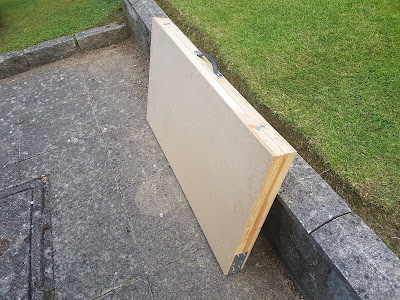 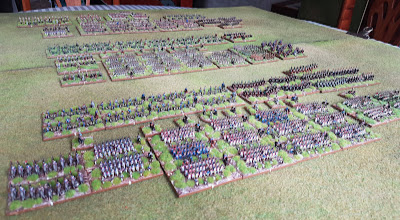 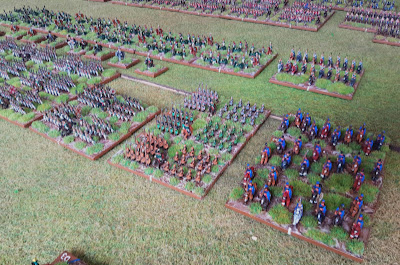 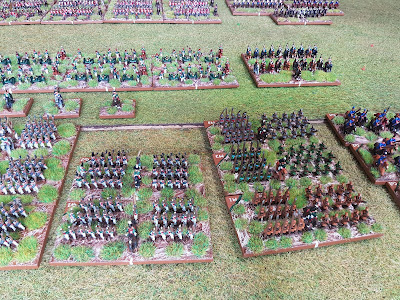 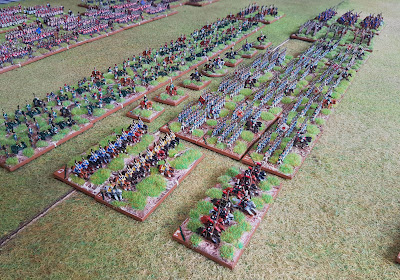 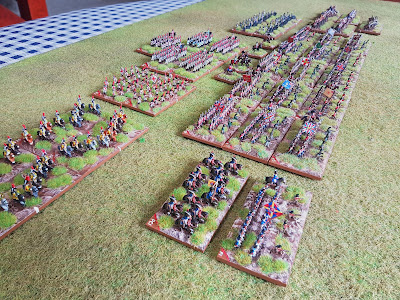 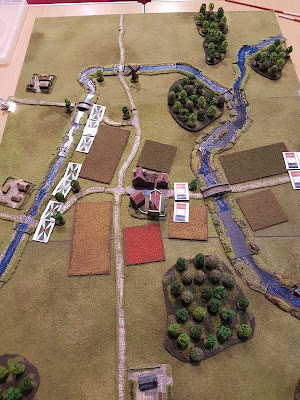 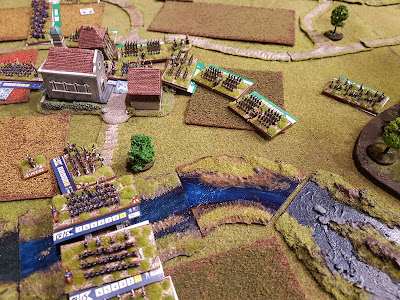 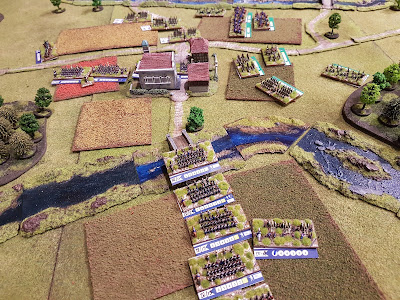 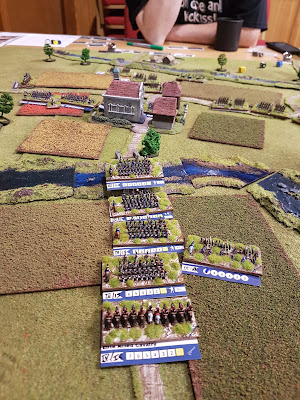 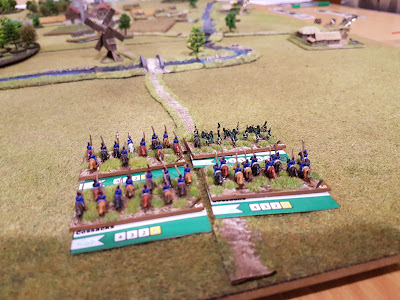 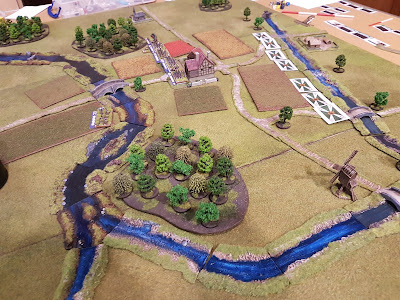 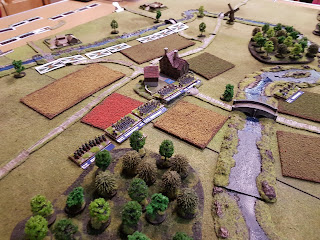 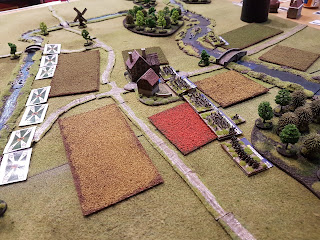 Posted by Richard Heath at 08:32 No comments:

After quite a few plays of Blücher I've made quite a few mistakes with the rules. When I have identified one of these I've written it down. I have now got quite a list and thought I'd share that list.