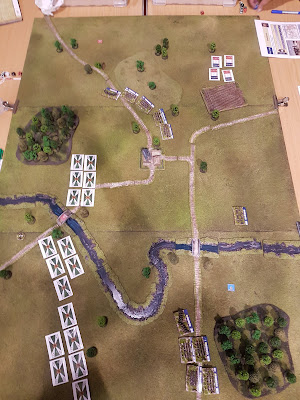 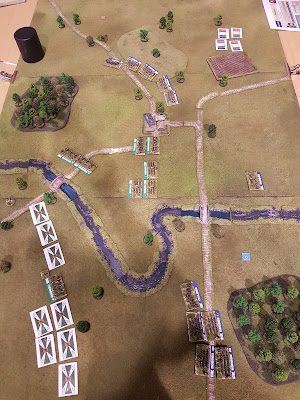 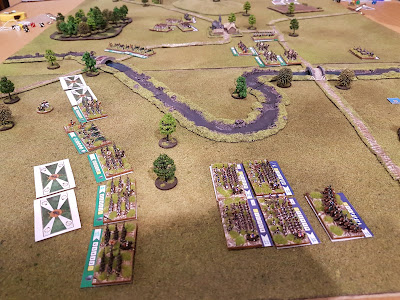 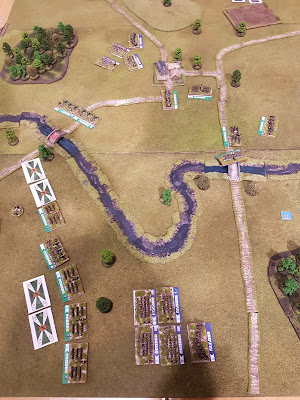 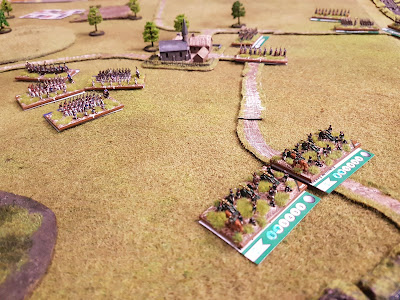 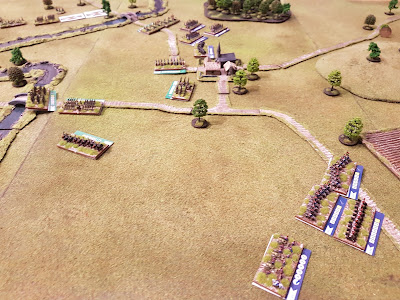 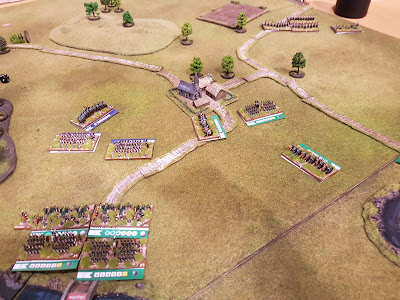 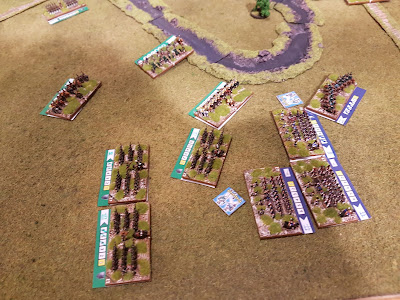 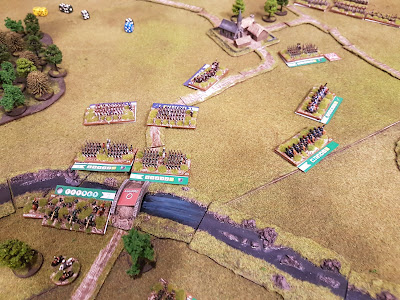 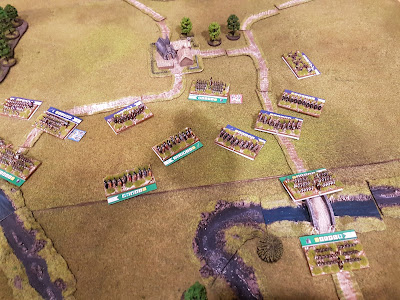 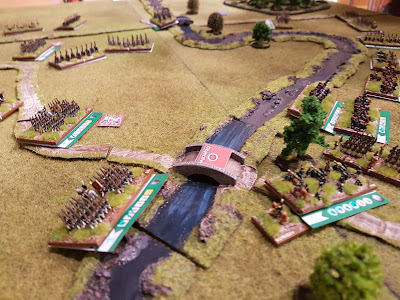 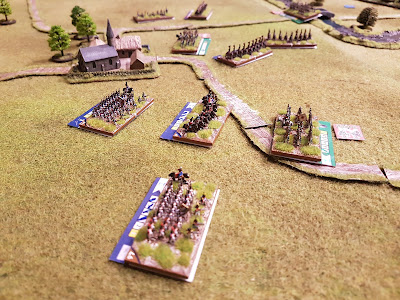 I've completed my 200 points of Russians just in time for the Blücher game against Gerald at COGS tomorrow night.

3 Corps in total with Kutusov and Kutaisov. 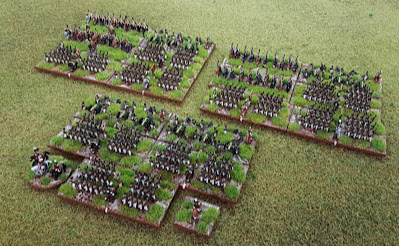 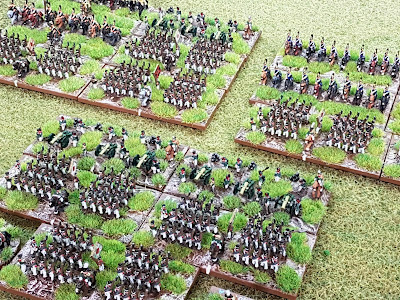 There are two bases of cuirassiers and 2 bases of dragoons. Heroics and Ros only have cuirassiers in their catalogue, but on investigation I found that both cuirassiers and dragoons have almost exactly the same uniforms with different coat colours (green for dragoons and white for cuirassiers) and the addition of black cuirasses on the cuirassiers. So the cuirassiers models I have will do for both in 6mm scale. Each base is painted for a different regiment, the differences being the facings, collars, cuffs and shabraque (horse blanket).

Next will be some artillery. 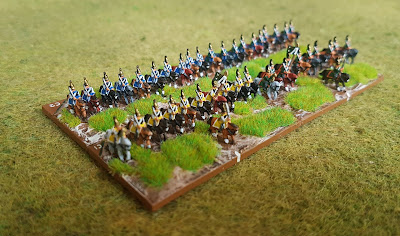 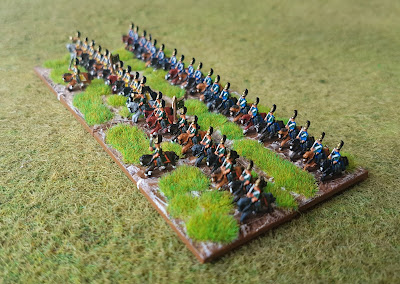 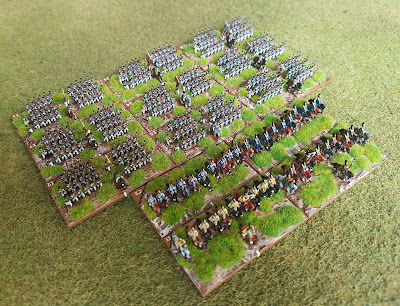 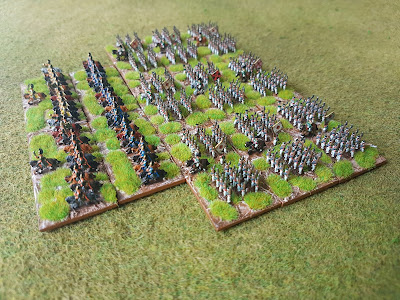 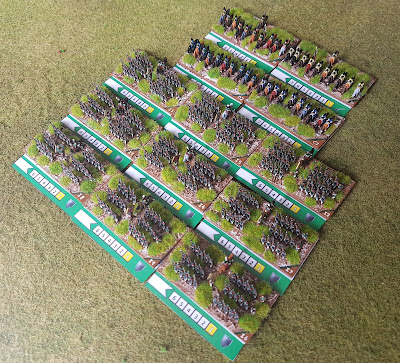 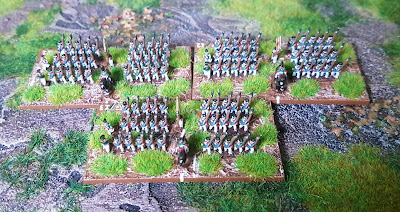 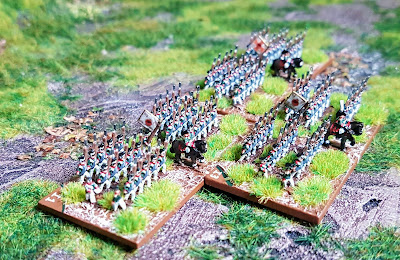 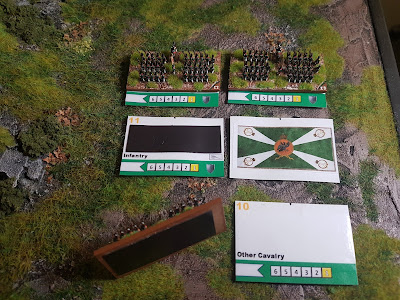