It's been a while since I painted any Man O'War models, but I decided it was about time I got some of the ones I've had primed finished off.

The first of these are the Norse. 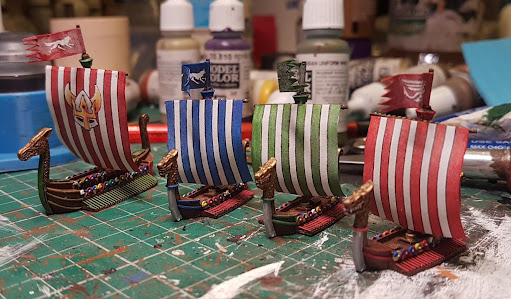 Posted by Richard Heath at 23:23 No comments:

My blog posts are like buses. There's none for ages and then two turn up at once.

The second post today is about the 6mm English Civil War game we just finished this afternoon. It was the 3rd scenario in the Liber Militum Tercios : Kingdoms expansion book and was the reason I had to get that Walled Town Set painted up.

In addition the town was a bit too big to play on my usual board so I had to get the new cloth painted up for a larger battlefield. It's intended for use with the larger Blücher scenarios as well and is about 8ft x 8ft in total size. Though we used 6ft x 4ft of it. Hills were placed under the cloth and I was pleased to see they produced no creases at all.

The scenario is based around an assault on a stronghold. A fort is suggested, but I couldn't find a nice 6mm star fort that I liked to 3D print, so I went for using the walled town as the stronghold.

The attacker gains points for damaging the stronghold and the defender gains points for destroying attacking units. The clever sliding scale of game length and victory points that is one of the best features of the rules comes into play to make the scenario work really well.

The defender can put 4 units in front of the stronghold to act as a shield, the rest is in a reserve towards the back of the table. The attacker gets their whole force up front.

I was the defender as Royalists and Brendan the attacker as Parliament.

Brendan advanced all the way across the front. Because the Stronghold actually blocks movement and line of sight I had to send my troops around the sides 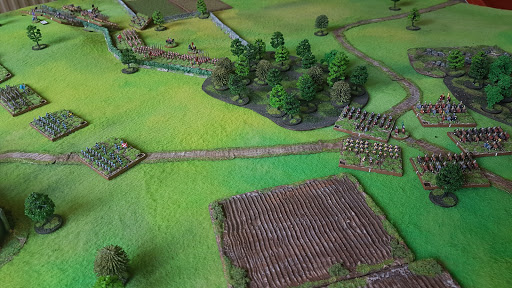 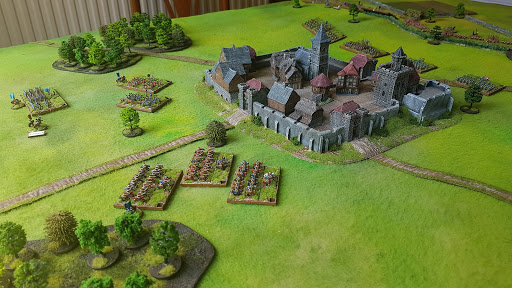 The troops in the centre stopped at the hedges and commenced firing at the defending troops shielding the town. The flanking troops were headed off by my reserve forces on both sides and combat was joined. 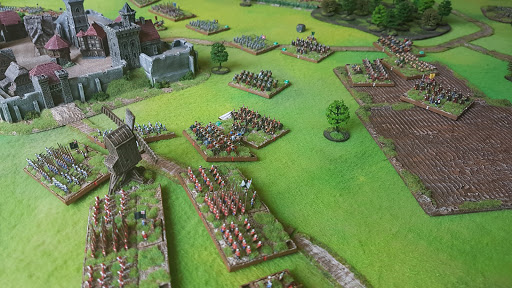 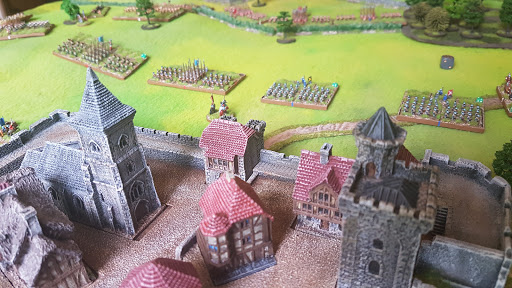 Eventually I pushed back the cavalry on my right flank repelled the infantry on my left, but the shield was very thin and Brendan's artillery managed to get a few plum shots on the town. 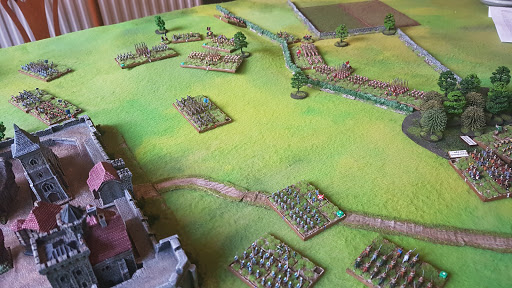 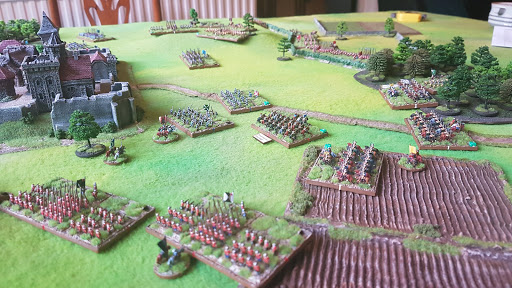 I rushed the flanking forces around the front. The New Model Army troops stayed behind the hedge and I was able to shield the town. Brendan was trying to bombard the town with artillery rather than assault it with infantry. 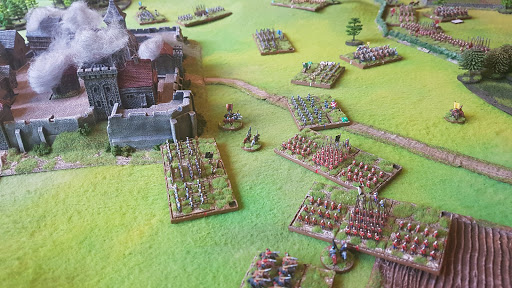 In the end it was a very close "Pyrrhic Victory" to me as in the last turn I destroyed several of Brendan's units and he failed to hit the town.

Another really good scenario and quite a unique one with a siege-feel to it. Very well designed indeed. 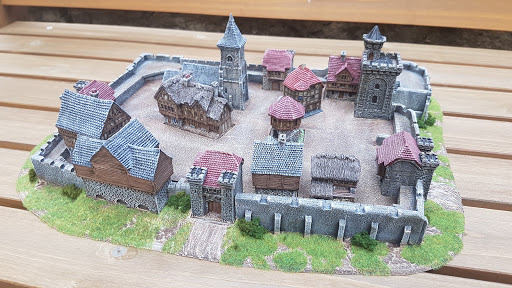 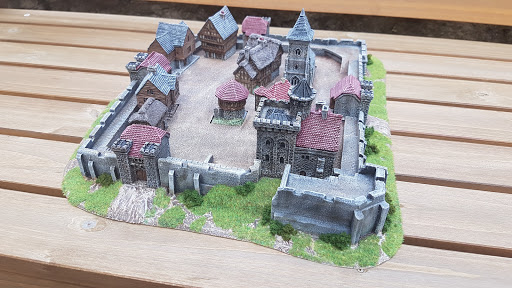 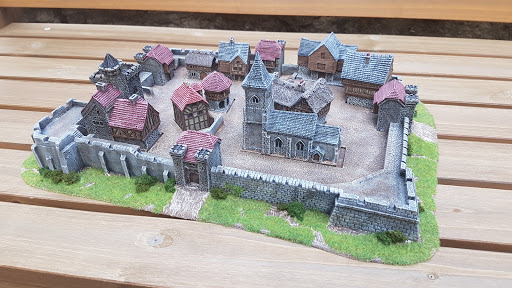 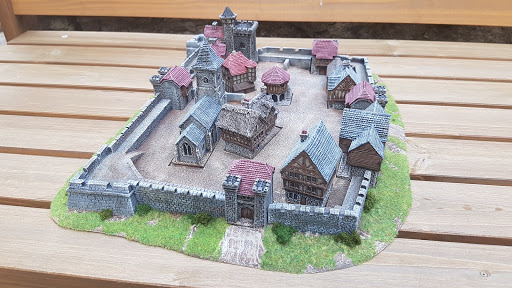 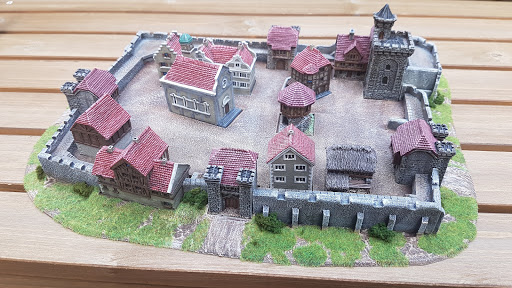