For the first time ever my models have been allowed display space in the living room. I was wondering where on earth I was going to keep the huge ship models I've been making, but luckily Rachel likes them so much that they've been allowed space on top of the new Kalax shelving. 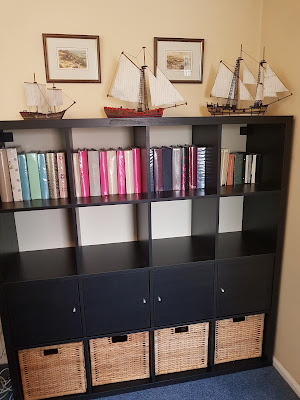 Up there alongside the sloop and brigantine is my new bark, based off the large version of the Printable Scenery skiff. 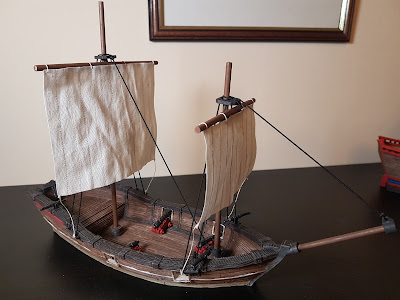 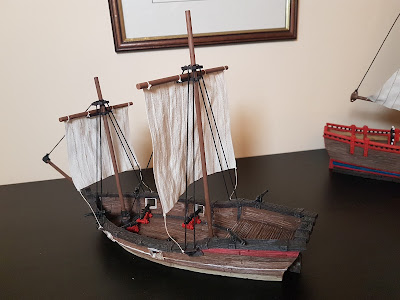 However it'll soon (hopefully) be displaced by a much larger model as I've just started painting my frigate. 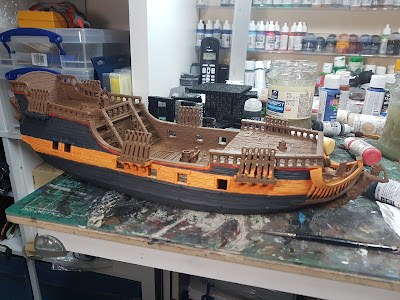 I've also just finished the tavern model from the Age of Pirates set. This has been in-progress far too long, but I decided I really ought to get it out of the way. 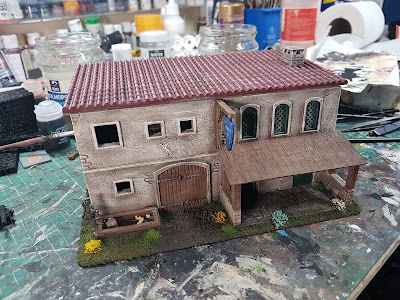 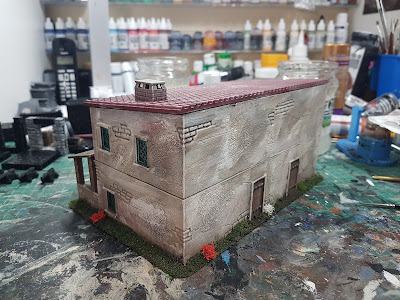 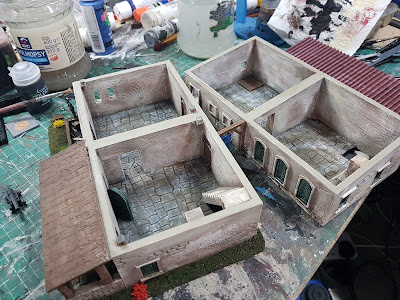 I must say that I wasn't that impressed with some of the models in this set when I first looked at the renders, but the more I print and paint of them the more I decide I was completely wrong! I really must get around to printing the star fort that's in the set as that's actually why I bought it in the first place.
I've also been printing more scatter, cannons, harbour walls and have started on a new OpenLOCK building which I'm planning in the new Terrain Tinker application. 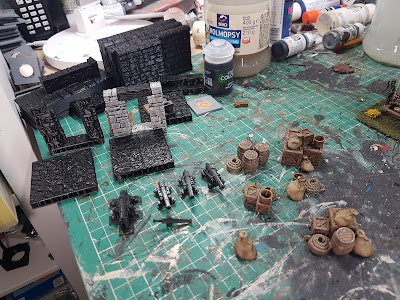