It seems that you always need more sailors! With that in mind I bought the "Pirates and Privateers" set and have just completed the first half. 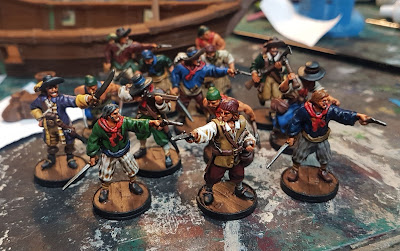 The frigate I started last week is a bit overwhelming in scope, what with custom rigging, electronics, etc. So I've decided to build something a little easier in parallel with it.
With that in mind I printed out the Printable Scenery Skiff (large version) for use as a Bark. Working out what the rigging for this should be has been interesting as Bark has many meanings, but using the Firelock Games version as a guide I think I've worked out how I want it to be. Two square rigged masts.
I also have been printing a few bits of extra dockside scatter... 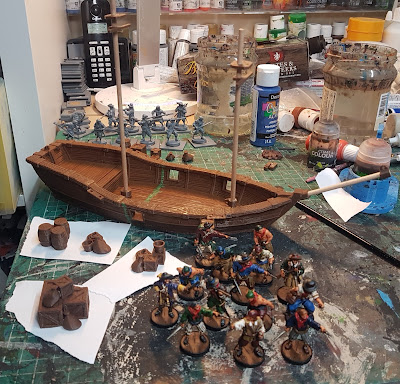 Also I did a quick bit of tinkering with some OpenLOCK parts to make a platform for my round tower to allow a cannon to be used on it. 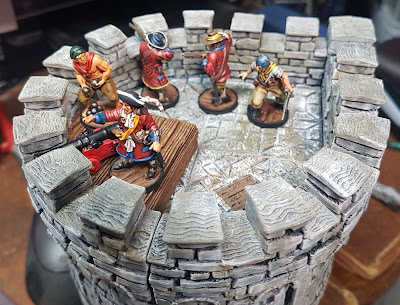